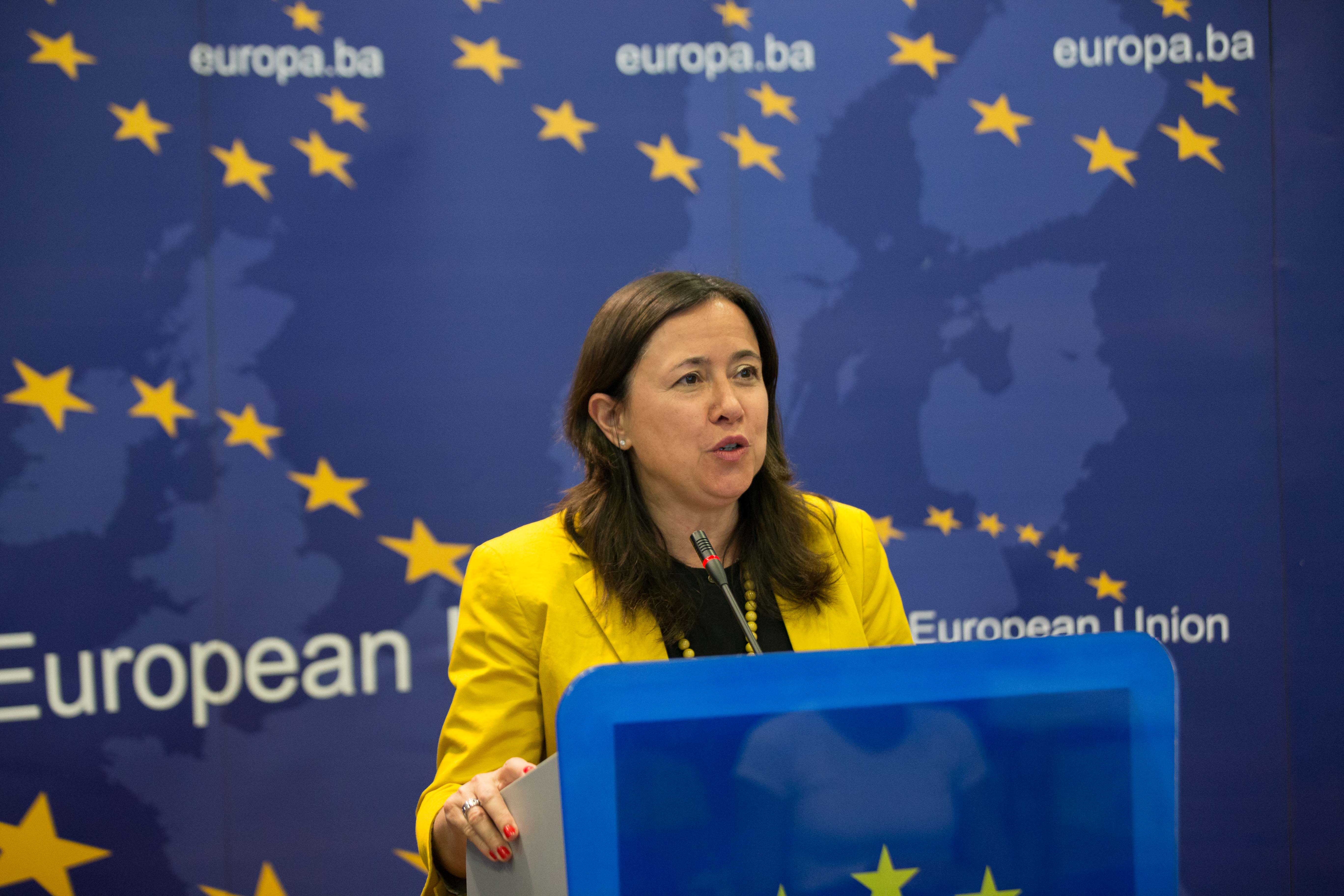 BRUSSELS / SARAJEVO – According to a recent opinion poll, 9 out of 10 BiH citizens do not trust the efficiency of their justice system. This lack of belief in a vital institution is a great concern for all, including for the European Union. The BiH judiciary must have the confidence of its citizens if it is to deliver for them.

The judiciary is a key pillar of every democratic society built on the rule of law. When the judiciary is weak, the rule of law and democracy itself risk falling apart. When the judiciary is weak, also the economy starts shaking. Citizens need a well-functioning judiciary for the protection of their human rights and fundamental freedoms as well as for supporting their socio-economic development. Citizens need a strong judiciary in the fight against corruption and organised crime. Citizens need also legal certainty, meaning that they must know precisely which conduct is subject to liability and which judicial institution is competent to process a case.  And companies and investors – both domestic and foreign ones –  need to rely on an efficient, impartial and accountable justice system to create jobs, growth and prosperity.

The rule of law is at the core of the EU accession process. An independent, impartial, accountable, professional and efficient judiciary is a key feature of our European standards that need to be fully respected by any country aspiring to become a Member State of the EU.

That is why, the European Union is monitoring and supporting the judiciary in BiH through several processes such as the Reform Agenda, the Structured Dialogue on Justice, the Stabilisation and Association Agreement. You probably heard or read about these processes and they may look indeed quite technical and abstract. But the issues which are addressed in these processes are directly relevant to you as citizens of BiH – these are the challenges you face in your daily life as workers, consumers, entrepreneurs, students or unemployed. Thanks to the alignment of the BiH legislation with the EU law, you acquire new rights in the various spheres of life. But these rights would remain empty words if they were not effectively enforced by a credible justice system. The credibility of the whole BiH accession process depends, therefore, largely on the existence of a well-functioning judiciary.

But let’s make no mistake. It is not up to the European Union to carry out those reforms, even less to impose them. And neither is up to the International Community. The necessary reforms have, indeed, to be undertaken by the authorities you elected. BiH politicians have declared  support to judicial reforms in line with the European standards. It is important that they deliver on their pledge. Any stalemate is not in the interest of the citizens.
The debate on the justice system needs to be as wide as possible. Justice must be rendered independently. Judges, prosecutors, law enforcement, all must act in compliance with the law, and in the interest of society as a whole. But independence is not arbitrariness. Judicial independence shall go hand in hand with accountability which, in turn, nurtures citizens’ trust in the judicial institutions and is the best defence against attempts of undue political interference.

The European Union has been supporting the improvement of rule of law in your country, notably by allocating almost 150 million euro since 2007. As regards the judiciary, thanks to the EU, for instance, courts and prosecutors’ offices throughout BiH have been constructed or renovated, their procedures have been modernised through the establishment of a case management system and, in the sensitive area of war crimes, the huge backlog has started slowly but steadily to be reduced.

With the help of experts from its Member States the EU has also provided guidance to the judges and prosecutors as well as to law-makers on what should be done to improve the judiciary in BiH and bring it closer to the best practices in Europe. This will mean having judges and prosecutors who are better selected and educated and effectively respect high ethical standards.

The High Judicial and Prosecutorial Council has already undertaken important steps over the past years in the right direction, notably on integrity. And while additional steps to ensure the effectiveness of those measures are still necessary, these initiatives aim at increasing the credibility of judges and prosecutors in the eyes of the public. But, of course, integrity needs to be taken seriously by all those who have public responsibilities, by strengthening the fight against corruption throughout the institutions and by applying strict rules to elected and appointed officials as well.

Finally, I would like to recall that the European Union has been helping the authorities in BiH to overcome the weaknesses of the current legislation defining the criminal jurisdiction at the State level. A solution is technically possible that would ensure legal certainty and increase the effectiveness of the fight against serious crime. But political will is necessary from all sides to finalise this reform that would improve the functioning of the justice system in BiH in the interest of all citizens.

Traditionally, Justice has been often represented as being blindfolded to show its impartiality – but to make sure that Justice can work in an independent and accountable manner citizens have to keep their eyes open.

We trust that the authorities in BiH will spare no effort to carry out the justice reform in line with European standards in the interest of all BiH citizens. We stand ready to further support this key reform.

Genoveva Ruiz Calavera is the Director for the Western Balkans in the European Commission’s Directorate-General for Neighbourhood and Enlargement Negotiations. This op-ed is originally published at the website of the EU Delegation to Bosnia and Herzegovina.

Russia: EU and NATO want to impose Platform in order to destroy Macedonia