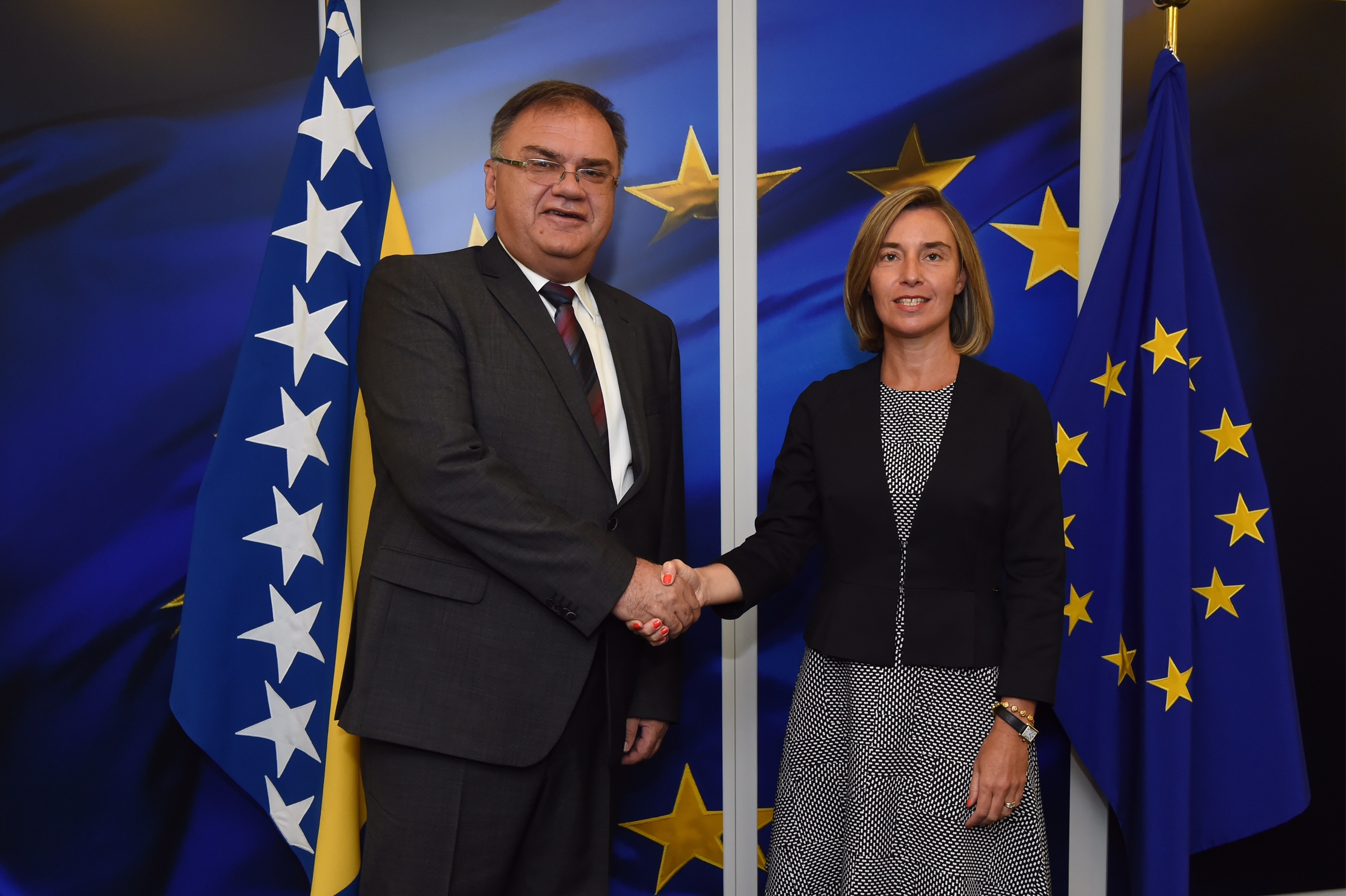 SARAJEVO – Chairman of the BiH Council of Ministers Denis Zvizdić and BiH Presidency Chairman Mladen Ivanić met yesterday in Brussels with the BiH Friendship Group in the European Parliament.

Chairman Zvizdić rated meeting in the European Parliament as “significant and constructive” and emphasized that these are parliamentarians who understand the situation in BiH, they really want to help and give a full, positive contribution to processes related to BiH’s EU integration process, and NATO membership.

After the meeting with the Commissioner for European Neighborhood Policy and Enlargement Negotiations Johannes Hahn, Zvizdić said that once again BiH has made it clear that the European integration is the most important foreign policy objective of the country.

The second day of the visit, today, Federica Mogherini, High Representative for Foreign Affairs and Security Policy/Vice-President of the Commission, met with Mladen Ivanić, Chairman of the Presidency of Bosnia and Herzegovina, to discuss the latest developments, including the work on the Reform Agenda.

The High Representative reaffirmed the strong commitment of the European Union to the Western Balkans region and its EU integration perspective: the EU wants to see a strong and successful Bosnia and Herzegovina moving forward. In this respect its of paramount importance that the Reform Agenda is implemented in a continuous and effective way, in view of the upcoming Association Council on 10 July and the Western Balkans Summit in Trieste on 12 July and beyond.

Dimitrov: Procedure for sending Nikolovski as ambassador to EU will be stopped