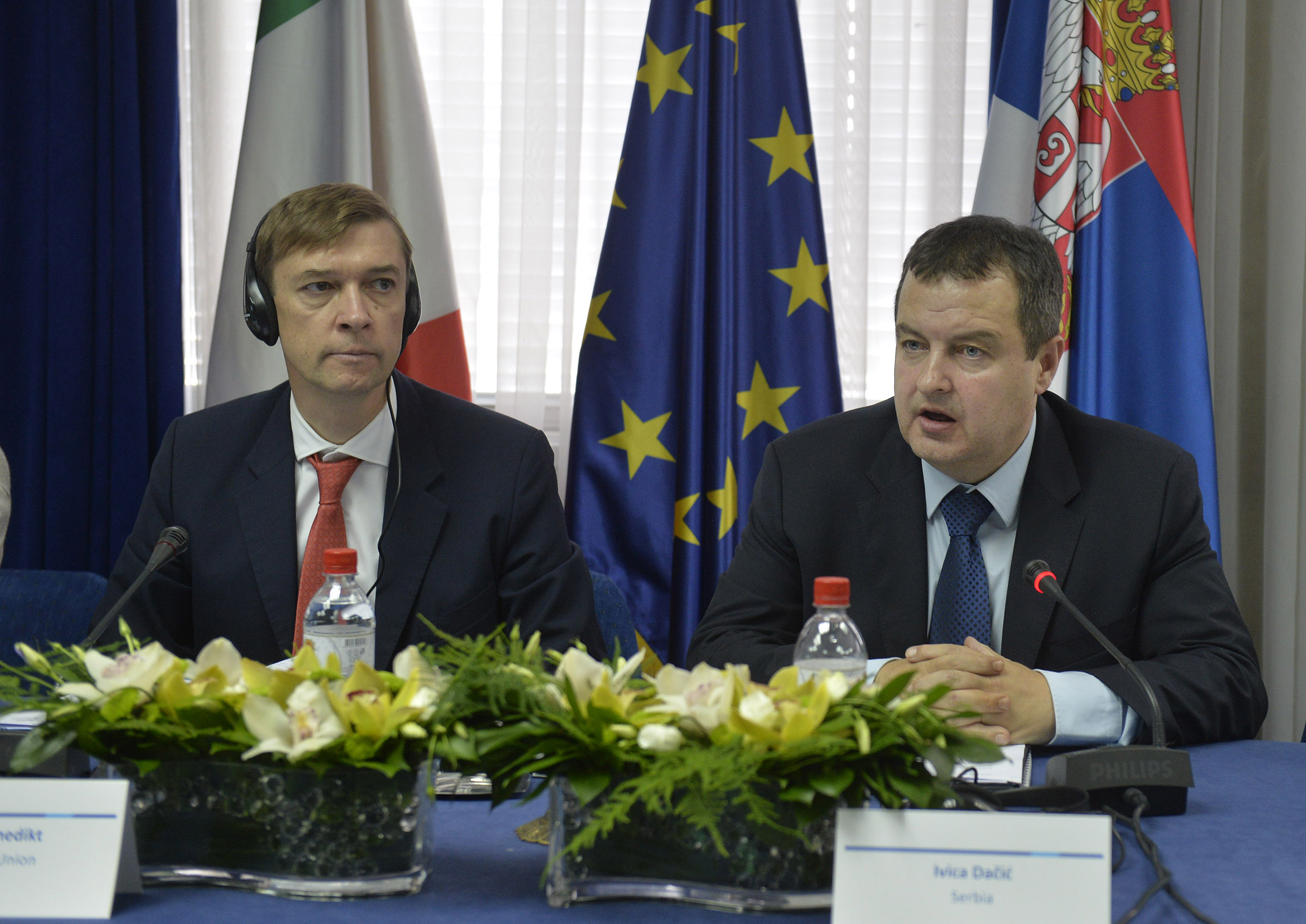 Oskar Benedikt and Ivica Dačić; Photo: Tanjug/Rade Prelic
BELGRADE – Serbian Acting Prime Minister and Minister of Foreign Affairs Ivica Dačić opened Monday the meeting of the Regional Housing Programme, stressing that the Assembly of Donors approved a new €19.9 million tranche for Serbia for the housing care of refugees, Government of Serbia stated.
Dačić, who is also the chairman of the Commission for the Coordination of the Process of Permanent Integration of Refugees, explained that this is the eighth project that will finance the housing of 938 refugee families from Croatia and Bosnia-Herzegovina.

The decision was made at the 14th Assembly of Donors of the Regional Housing Programme, with the funds allocated for building 358 apartments, 30 prefabricated houses, 250 building materials packages and 300 village houses.

This is great news that encourages us to continue with the implementation of this programme and shows that donors continue to recognise the needs of refugees in Serbia, Dačić said.

Minister without Portfolio in charge of European Integration Jadranka Joksimović emphasised that a lot has been done through the Regional Housing Programme, but that more can be done in cooperation with partners.

When it comes to the aforementioned €19.9 million, she said that she will advocate that these funds are separated from the multi-beneficiary IPA, because €10 million aimed at solving the migrant crisis has already been allocated.

Acting Head of the EU Delegation to Serbia Oskar Benedikt emphasised that the programme represents the values of Europe, which are solidarity, cooperation and reconciliation.

US Ambassador to Serbia Kyle Scott announced that the United States will allocate additional funds to the Fund.

The Regional Housing Programme in Serbia began to be implemented at the end of 2013. Refugee families were provided four types of housing solutions: flats, prefabricated houses, rural households and building material packages.

Zaev: “Roadmap” to be ready by July 1

Gruevski to Hahn: VMRO-DPMNE to support all reforms in interest of citizens