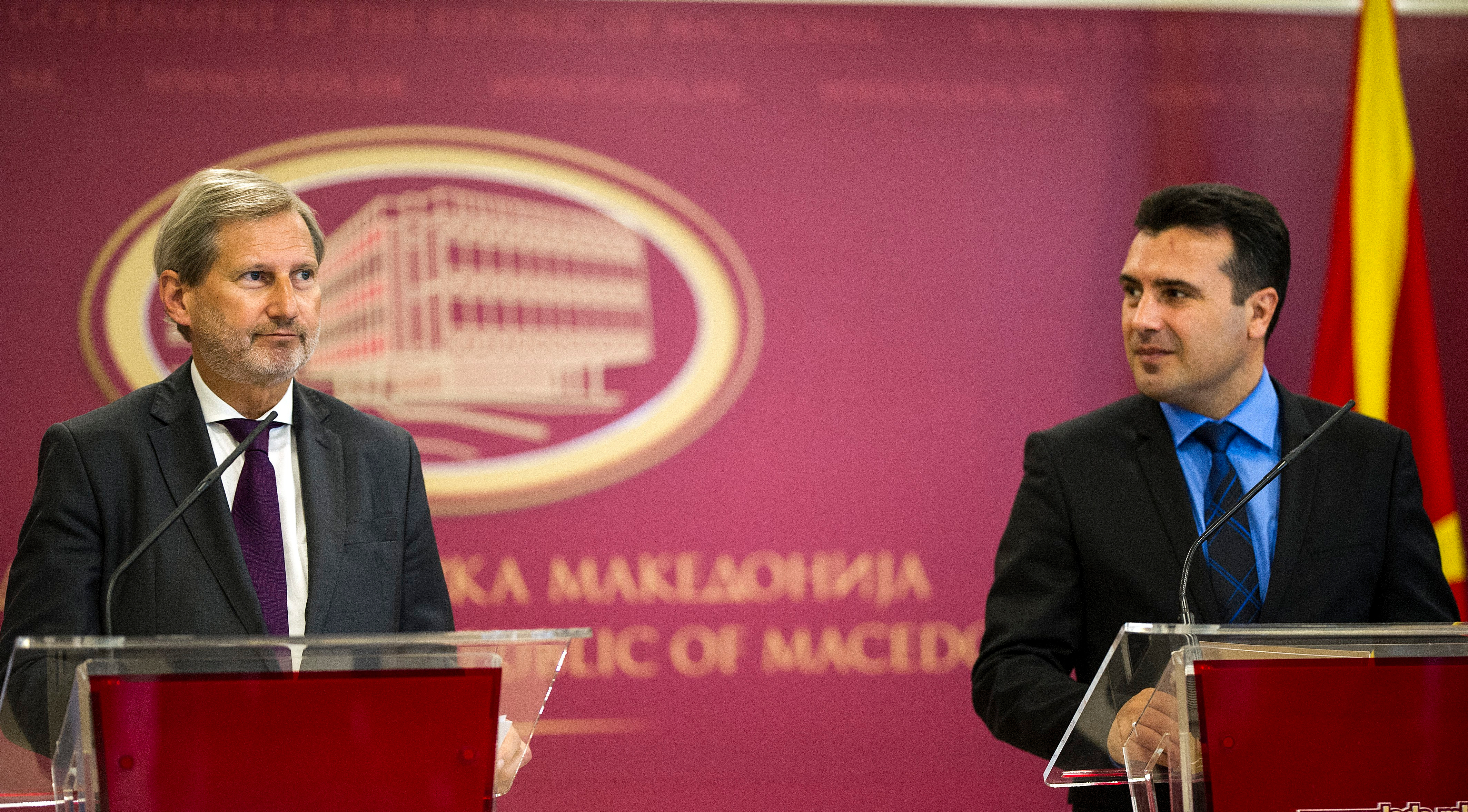 SKOPJE – The Government is working on its action plan called “Roadmap”, which should be finalized by July 1, and covers all reforms in the key areas such as the rule of law, professional state institutions, independent regulatory bodies and freedom of the press, stressed Macedonian Prime Minister Zoran Zaev at a joint press conference with EU Commissioner for Neighborhood Policy and Enlargement Negotiations, Johannes Hahn after a government session dedicated to the urgent reform priorities which Hahn participated in as well, Meta reports.

“We defined short-term, medium-term and long-term reform goals with which we intend the European Commission to remove the conditionality of the recommendation for the start of the pre-accession negotiations in autumn, and next year, the member states of the European Union should focus on establishing a starting date for pre-accession negotiations of the EU with the Republic of Macedonia”, said Zaev.

The Prime Minister pointed out that the reform process will be run by the Government inclusively and called on the parliamentary opposition to join the process.

At the press conference, European Commissioner Hahn said his message to everyone today is to concentrate on the tasks which lay ahead.

“All responsible actors, including the opposition, the judiciary and all relevant institutions, should work to create a modern, well-functioning society, a country that will work in the interest of all citizens, regardless of their affiliation”, said Hahn.

Hahn pointed out that the first experts will begin to arrive tomorrow to assist the government with the reforms, including German expert, Reinhard Priebe.

When asked about the name dispuite with Greece, Zaev said that he is convinced that there is a solution for everything and that “a lot of things depend on us, but here, we need help and support from our neighbours.”

In relation to the name dispute, Hahn said that this is an issue for the two countries to work on, adding that the Commission’s positive recommendation is closely linked to the progress that will be made in implementing the urgent reform priorities.

Responding to a journalist’s question about the promotion of the Law on the Use of Languages, Zaev said it was part of the priorities that are essential to this agenda.

Zvizdić and Petrov: Support to Euro Integrations of BiH