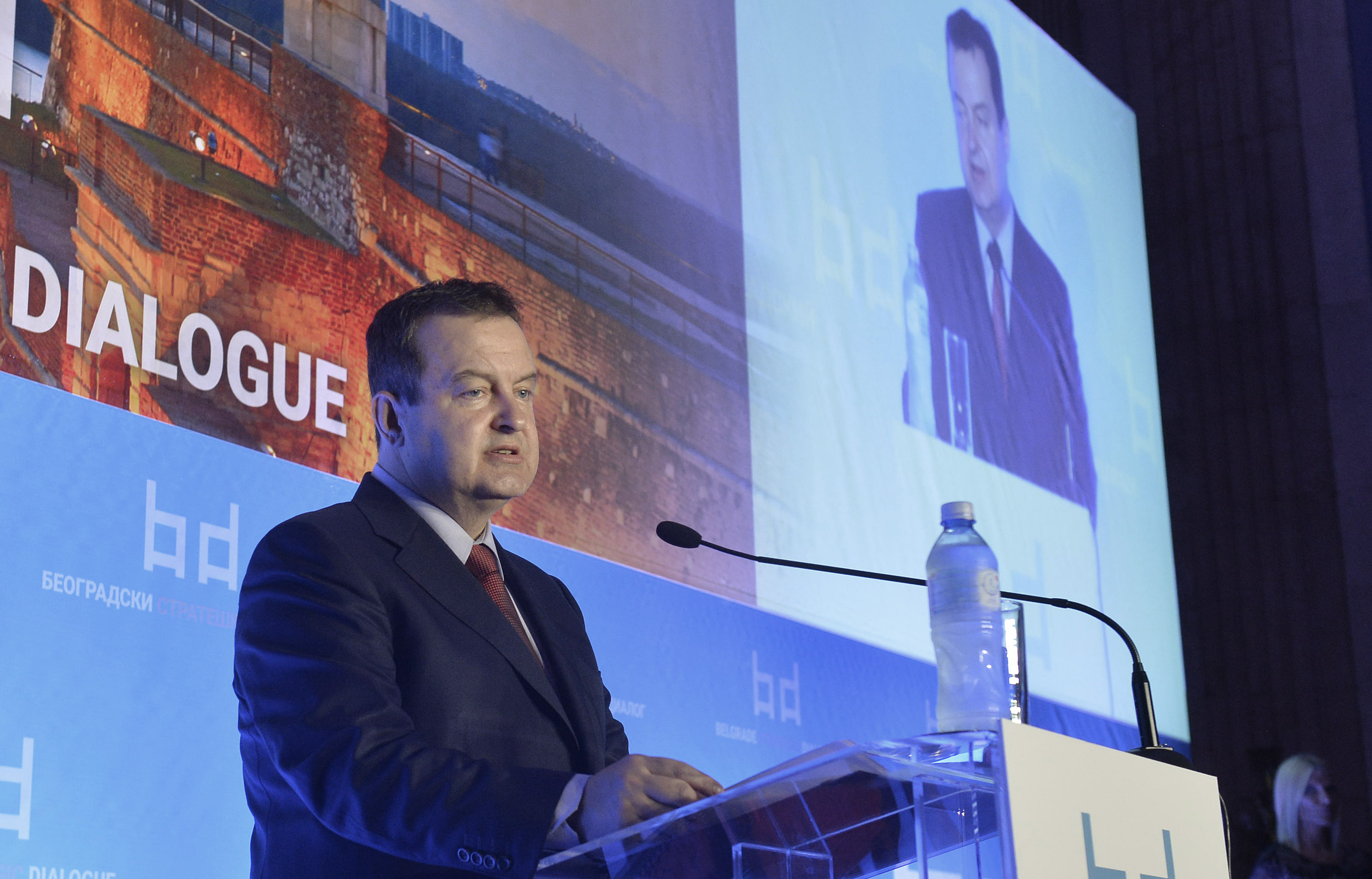 At the opening of the conference “New International Reality – Challenges and Prospects”, Dačić said that events in the political and security global plan since the beginning of the 21st century have changed the world in many aspects, with the inability to predict what security challenges are ahead of us.

The only thing we can say with certainty is that today’s security challenges have become global, and at the same time affecting more countries and regions simultaneously and going beyond the borders the continents.

Serbia firmly believes in the achievement of the principles of humanity and human solidarity and cooperation and, in that sense, has always advocated for the establishment and development of partnership and friendly relations with all countries of the region, Europe and the world.

We are committed to interstate and inter-ethnic relations based on civilisational norms and international law.

With the eruption of the migrant crisis, Serbia found itself faced with a problem that could not be solved by unilateral measures, but solely through a unified and solidarity solution. Our activities on this plan have received the highest possible rating and international recognition.

An integral part of the European process of Serbia is also the promotion of regional cooperation both at the bilateral and multilateral level. We want to speak honestly and constructively on all outstanding issues, and, together with our neighbours, to find solutions that will be permanent and sustainable.

Serbia has achieved political stability and wants to build its economy on this basis, attract foreign investments, make up for lost time and contribute to the stability of the region.

Our country strongly strengthens the infrastructural network of the entire Western Balkans, contributing to the greatest extent to transport, energy, economic integration and the improvement of youth cooperation, with the aim of strengthening internal capacities and thus bringing this part of Europe closer to the Union.

Serbia has proven and proves to be a credible and reliable partner. We are firmly committed to working with partners in the world to contribute to the fight against threats at regional, European and global levels, Dačić said.

Minister Gjosha: Youths should get involved in EU programmes