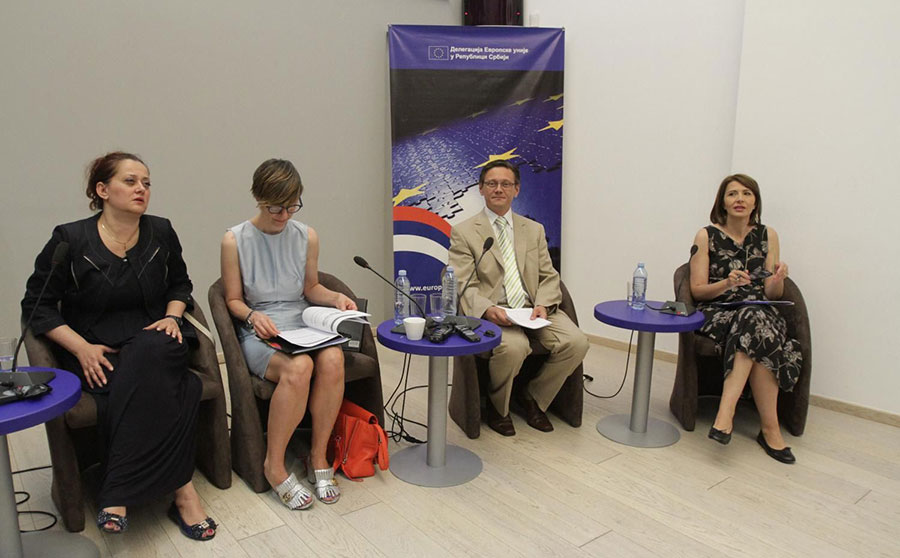 He said that Serbia would have to adapt its economy to the challenges of climate change by making it more resilient to the climate impacts, which Serbia is already experiencing.

“Water, agriculture and forestry are key sectors with a high exposure to climate change induced risks in Serbia,” Maša said and reminded about the impact of climate change reflected in the disastrous floods which stuck Serbia and the region in 2014.

Maša said that “Serbia was among the first in the region and among the EU candidate countries to declare its National Contribution to the Paris goals and ratified the Agreement this last month.”

He said that this was great news, but added that had significant challenges ahead.

Maša said that many refugees who came through Serbia had fled their homes because of droughts, floods and famines all of which were a consequence of climate change.

He said that the EU supported Serbia in facing climate change impacts.

Maša recalled that the EU supported the responsible Ministry in developing a strategy for both climate change mitigation and adaptation strategy that should outline ways and means on how to make Serbia and its economy continue to grow amidst climate change risks.

Maša said that since 2014 allocated close to €200 million to Serbia for the flood relief of victims and enhance administrative capacity and infrastructure to enable better flood risk management in the future.

He said that the debate was organized in the context of EU Climate Change Diplomacy week. He added that the EU and EU embassies around the world, together with Member States’ representations were organising a series of events to celebrate the historic Paris climate deal concluded in 2015 by 195 countries around the globe and focus attention on its implementation.

“Climate diplomacy week allows us to better understand situations and views of our partner countries, like Serbia. It is important to align our positions so that we can make faster progress and together achieve the ultimate objective of Paris of staying under well below the 2 degrees Celsius,” he said.

Maša said that in the years to come it would be extremely important to integrate climate and energy policies, so as to reach energy efficiency and renewable energy goals under the Paris Agreement and make the energy infrastructure more resilient and reliable.

“The importance of fighting climate change is reflected in the fact that we are ready to allocate up to 20% of the annual EU assistance package to climate-related actions, this means some €40 million annually or more if needed,” Maša said.

He congratulated the Serbian officials on the adoption of and amendments to the Law on ministries and the fact that the “sector of environmental protection would get its own ministry,” adding that he hoped that the new minister would bring fresh energy for the much needed reform in that area.

Commenting on the US announcement about dropping out of the Paris Agreement, Policy Officer at the DG CLIMA Ivana Mijatovic said that the EU would not renegotiate the Agreement, describing it as “fair, ambitious and appropriate” as it allowed everyone to pursue their own policies.

She said that 187 countries, out of the 195 signatories, had thus far declared their national contributions regarding the reduction of GHG.

Head of Climate Change Department at the Ministry of Agriculture and Environmental Protection Danijela Bozanic said that estimates showed that the climate change and extreme weather-induced damage in Serbia amounted to over €5 billion.

She described the 2014 floods as catastrophic, but added that droughts incurred 70 per cent of total damage.

Bozanic also said that when it comes to addressing the impacts of climate change, investing a single Euro in prevention can save up to six Euros.