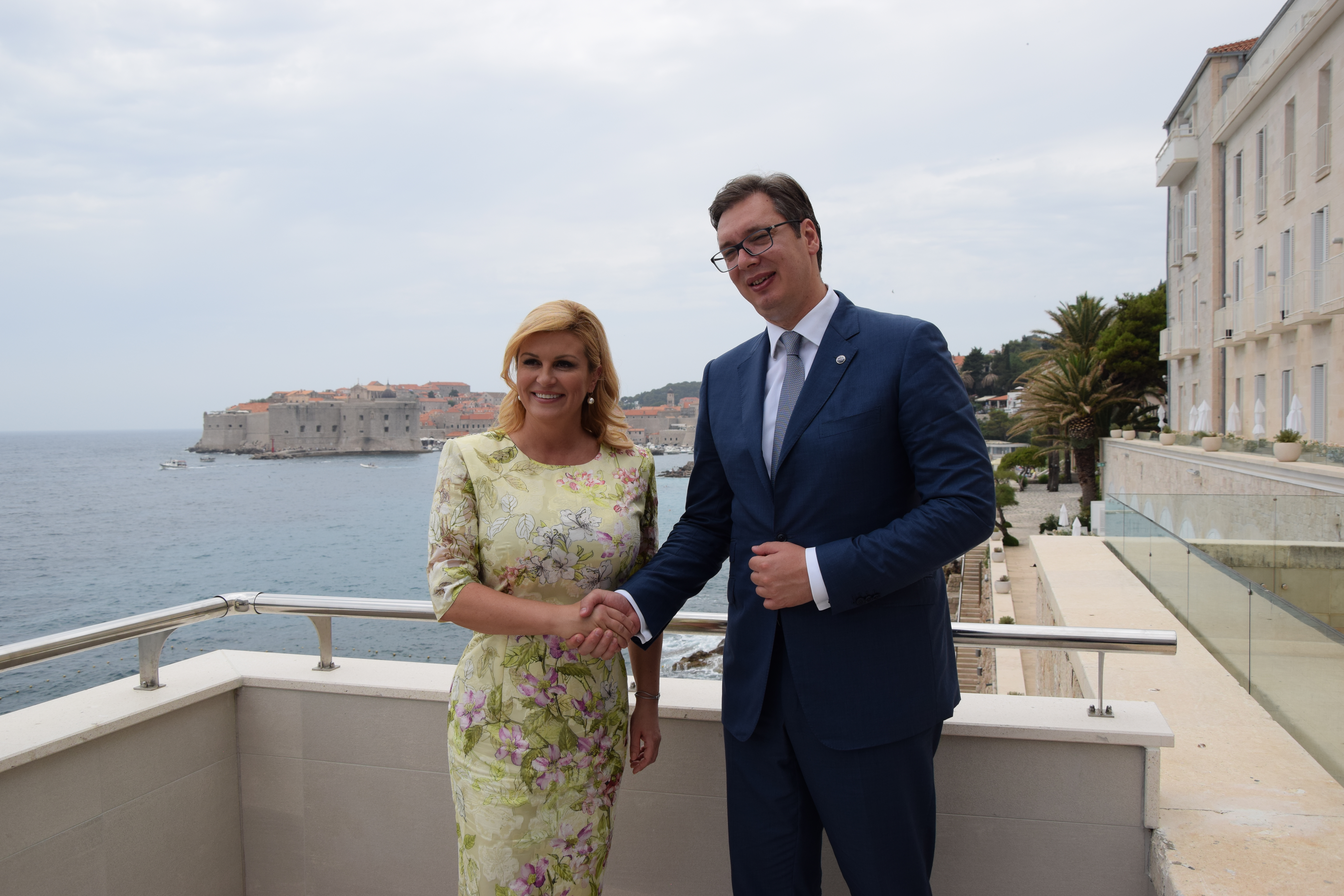 Vučić and Grabar-Kitarović discussed bilateral relations and economic cooperation between their countries.

The meeting followed in the wake of Vučić’s recent inaugural reception in Belgrade, also attended by Grabar-Kitarović.

The Dubrovnik meeting marks the end of Croatia’s SEECP presidency.

A plenary session was scheduled for Friday afternoon.

Vučić, who will be one of the speakers at the event, will also meet with EU foreign policy and security chief Federica Mogherini.

At the summit, Serbian Deputy PM and FM Ivica Dačić sought support for Belgrade to become the seat of the secretariat of the Transport Community.

This is a logical step as the South East Europe Transport Observatory (SEETO) – which is to evolve into a Transport Community – has been operating from Belgrade for over ten years now, he said.

After the signing of the Transport Community Treaty in Trieste, a step forward will be made in this segment, Dacic noted.

Serbia is fully supportive of further intensification of regional cooperation as the essential foundation of regional stability, Dačić said, adding that Serbia would continue its efforts aimed at maintaining peace and stability in the region.

Dačić: EU more popular here than in some member states