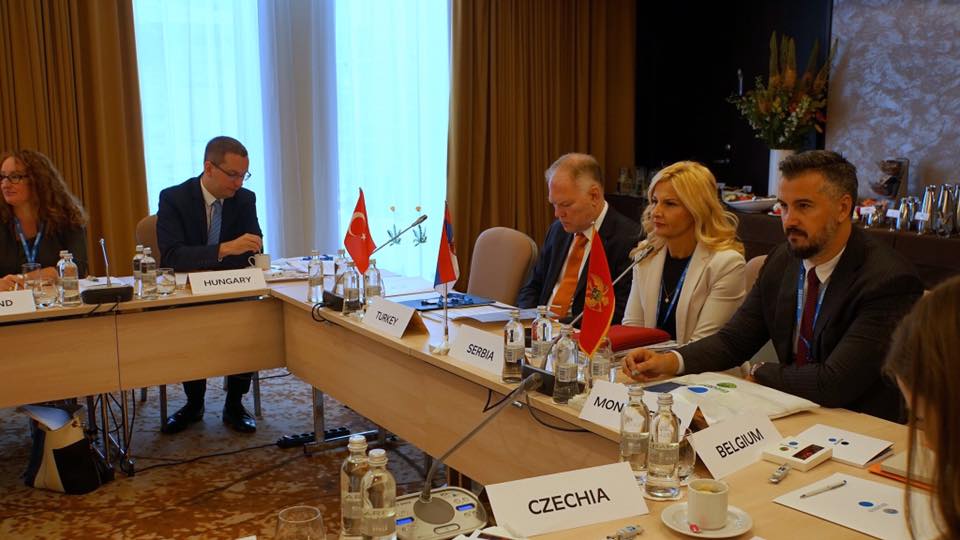 In conversations with the representatives of the EU Member States, Pejović presented the past results in the implementation of reforms, as well as the future plans and activities in all areas, with the focus on the rule of law. He affirmed the full commitment of the Government of Montenegro to the continuation of reform activities pointing out that they are the key for the strengthening of democracy, sustainable economic growth and development, building a modern European state. The European partners commended the accomplished results in the European integration process and encouraged Montenegro to continue as successfully as before with the implementation of obligations in further phases of the European path. During the Tallinn visit, Pejović had separate bilateral meetings with Acting Under Secretary for European Affairs of the Ministry of Foreign Affairs of Estonia Aino Lepik von Wirén with whom he exchanged views regarding the further obligations of Montenegro towards opening and provisional closing of the negotiation chapters, as well as regarding the overall European perspective of our country.

Von Wirén pointed out Montenegro’s role as the leader of integration processes in the region and extended her congratulations on the results achieved in the five years of accession negotiations, while expressing her expectation that we will continue the successful pace of negotiations and open new chapters during the Estonian presidency. She said that Montenegro can count on both political and expert support, particularly having in mind the comparative experience of Estonia, as well as on the continued proactive approach to the enlargement policy. Particular focus was placed on the importance of Montenegrin NATO membership as the biggest foreign policy achievement since renewal of independence and a firm guarantee of the safety of our country, with a strong belief that the membership will have positive impact on reform and integration processes in the neighbouring countries, primarily those that share the vision of integration into the Euro-Atlantic structures.

During the meeting with the Chairman of the European Union Affairs Committee in the Parliament of Estonia Toomas Vitsut, the Minister spoke about Montenegro’s progress in the European integration process, as well as the important role of the Parliament in the negotiating process and work of the European Integration Committee of the Parliament of Montenegro. The importance of the achieved consensus as regards European integration, which is considered a great success of our country was also emphasised. On the basis of the current agenda of the negotiations process, where Estonia represents our relevant counterpart, possible cooperation models were considered, both through expertise and at the political plan, with belief that strengthening of parliamentary dialogue will improve overall contacts and support under the European agenda.

Pejović also met with Director of the EU Secretariat in the Estonian government Klen Jaarats. This meeting was an opportunity to exchange experiences related to coordination of EU affairs, as well as the work of the negotiating structure. Participants of the meeting also considered modalities for bilateral cooperation and continuation of provision of support to Montenegro in the forthcoming stages of the negotiating process.

Joksimović: 1 billion euros for reforms can be expected by 2020