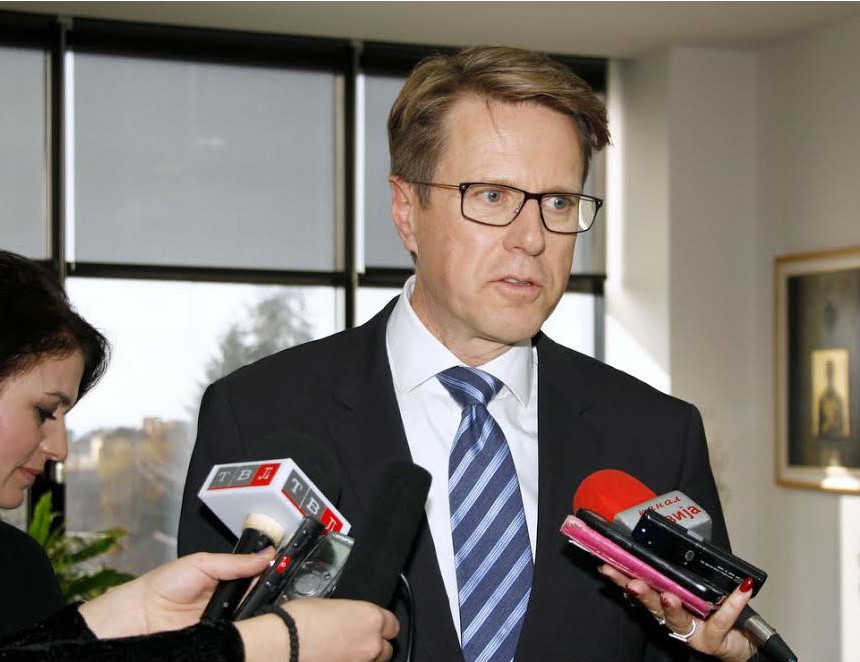 TETOVO – The EU Ambassador, Samuel Zbogar announced today that he is an optimist and that he expects the Government to implement its reformatory plan “3-6-9” for speeding up the Euro-Atlantic integrations.

He stressed that it is good that the reforms are put on paper and that there are plants for their realization, also saying that the several months the Government will be monitored who able it will be to deliver.

“What is good is that the Government has come out with a plan. I think it is necessary in the next three months some steps to be made in that context. Of course, we, the European Union will support them, but we shall have to wait these issues to be done step by step” – said Zbogar, who was visiting Zelino and Brvenica, as part of the “Eu for You” project.

He stressed that the numbers in the name denote time points i.e. a number of months to which the reforms have to be implemented.