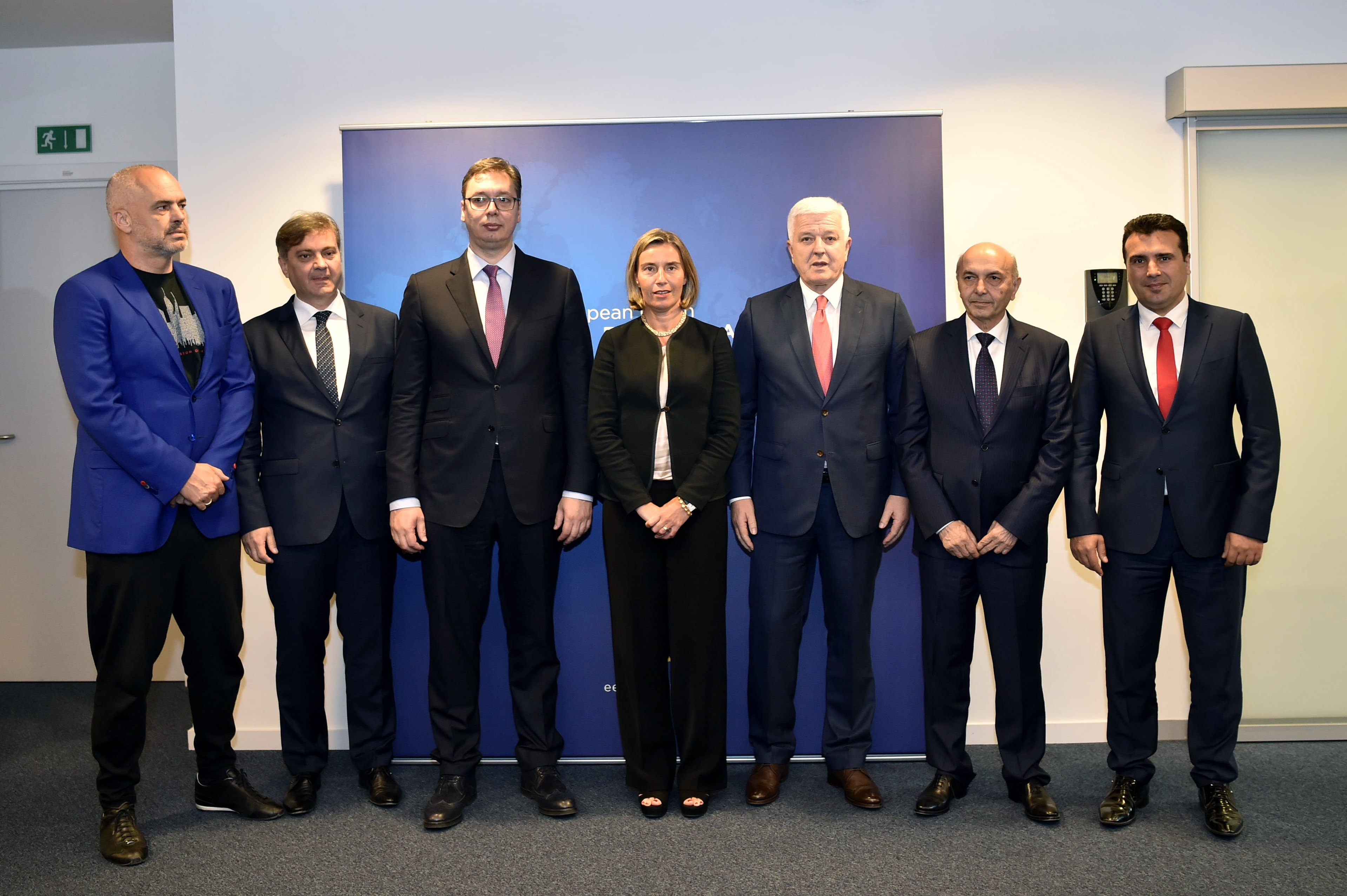 Meeting of Federica Mogherini with the leaders of the Western Balkans; Photo: EU

Op-ed by Piero Fassino, President of the Centro Studi di Politica Internazionale, written ahead of the Civil Society Forum in Trieste, which will be held on 11-12 July.

After the tragedy that devastated the territories of the Yugoslav federation, the European Union has committed itself to promoting stability and an integration process for Balkan countries. This led to Slovenia’s and Croatia’s accession to the EU and to association agreements with the other candidate countries, but no definite schedule for membership has been outlined.

NATO, too, has opened its doors to Slovenia, Croatia, Albania and Montenegro, and established partnership relations with other countries in the area. The Central European Initiative (INCE) has also been revived and further enlarged to all 18 central and southeastern European countries. Following an Italian proposal, the Adriatic & Ionian Initiative was set up as a regional cooperation forum. And very close bilateral relations were developed especially with Germany, Italy and Austria.

This extensive network of communication and cooperation was designed to promote the integration of the Balkans within Euro-Atlantic institutions. But the economic crisis that hit Europe and the upheaval experienced by the EU in recent years, combined with Brexit and the centripetal tendency of many Eastern European countries, have made the likelihood of Balkans membership in the EU more problematic and uncertain and caused regular postponement.

Both the waves of Euroscepticism and the prospect of a multi-speed EU risk setting the European integration of the Balkans adrift. The lack of certainty has fostered a gradually spreading frustration among the chancelleries and public opinions of Balkan countries, ultimately playing into the hands of anti-European populists.

In fact, the goal of European integration is even more pressing today given the many critical issues affecting the region. Bosnia and Herzegovina is having a hard time coming to terms with its multi-ethnic identity and the complexity of its institutional organisation. Macedonia is suffering regular crises and instability. Albania, in spite of its significant economic development, is witnessing a fierce internal political battle. Kosovo continues to be a ‘territorial state’ not accepted by Serbia. And Serbia, that has always played an important role in the region, wavers between the ambition to achieve European integration and a sense of common identity with the Slavic world and Moscow.

However, there are some reassuring signals coming from the region, particularly the pro-European attitude of governments, the business community, intellectuals, academics and the young. Thus it is all the more important that the EU issues a very clear message, one that governments and publics are eager to hear: “We want you!”

Though complex in terms of implementation, European integration is ultimately the only strategic option left open if the Balkans are to achieve long-term political and economic stability. The Balkans, bordering as they do with Croatia, Hungary, Romania, Bulgaria and Greece (with Italy opposite), are effectively an enclave within the EU’s territory, despite not being members.

Thus the fourth annual summit of the Berlin process (12 July in Trieste) carries a deep significance and importance. The process was conceived as a political and economic cooperation tool aimed at promoting Balkan development and improving the countries’ standards to match European ones, an essential condition for EU integration. A civil society forum has also been organised in Trieste with extensive involvement from trusts, associations, NGOs and civic movements, as well as a business forum gathering companies, chambers of commerce and financial operators.

The European inclusion of the Balkans calls for an act of democratic institution-building that must involve the players in civil society, strengthen the democratic fabric (still fragile in places), promote a widespread adoption of European values and establish a supranational culture of integration.

In such a context, a few European countries must take the lead. Italy has everything to gain from stability and integration in the region, owing to its territorial proximity, historic relations and prolific economic relations as well as for security reasons. It is the first or second economic partner for each Balkan country. Italian companies in the region are involved in every sector and are essential flywheels for development. Every dynamic in the area affects Italy: security and stability in the region are vitally important to all.

These are strong reasons why Italy is one of the main sponsors of the European integration of the Balkans, fighting to ensure that the Union does not shirk its duties and provides definite schedules, procedures and sets phases for the process. The commitment will be even more convincing if bilateral relations with Italy are simultaneously reinforced and expanded to include other nations in the region, thus providing tangible proof of the strategic value Italy assigns to the European integration of the Balkans. 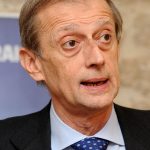 President of Centro Studi di Politica Internazionale. Previously serving as mayor of Turin and Minister of Foreign Commerce and Minister of Justice in the Government of Italy.