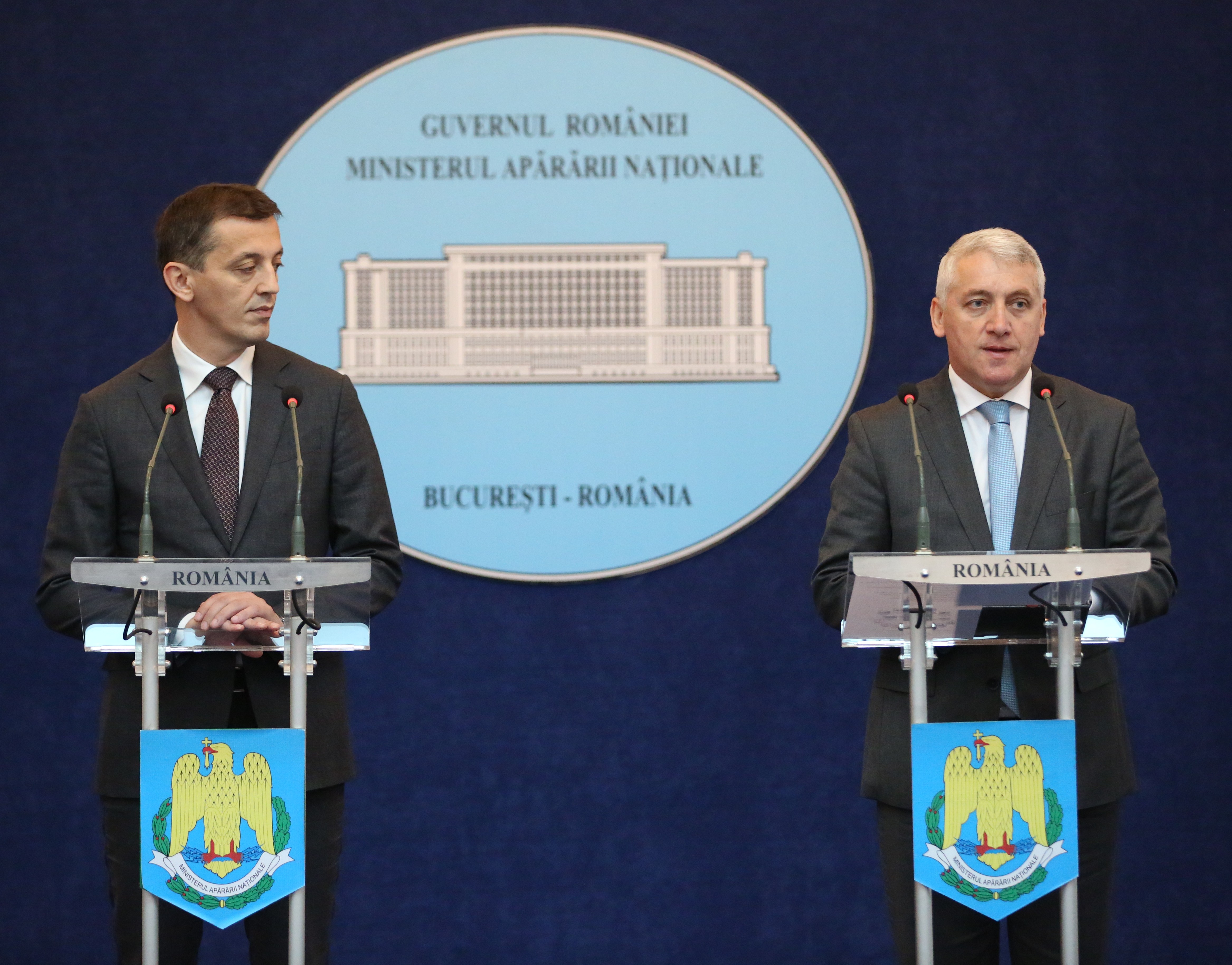 Ministers of Defence of Montenegro and Romania; Photo: Romanian Ministry of Defence

BUCHAREST – Montenegrin Minister of Defence Predrag Bošković is paying his first official visit to Romania, during which he met with newly-appointed Romanian Minister of Defence Adrian Tutuianu and State Secretary of the Ministry of Foreign Affairs for Bilateral and Strategic Affairs within the Euro-Atlantic area George Ciamba, Government of Montenegro stated.

During his meeting with his Romanian counterpart, Minister Bošković stressed that Montenegro and Romania have excellent cooperation in the field of defence, and that this meeting was an excellent opportunity for determining concrete directions for further improvement of cooperation, especially bearing in mind the important geostrategic positions of the two countries. He thanked Romania for continuing support to the Euro-Atlantic process of Montenegro and stressed Montenegro’s readiness to contribute to the expansion of NATO’s open door policy. The officials also discussed the current security challenges, both in the Balkans and in the Black Sea region.

Minister Tutuianu expressed satisfaction with the meeting and said that he firmly believes that Montenegro’s membership in NATO will positively affect the security situation in the region, and that this meeting will represent the beginning of joint security projects.

The officials emphasised the importance of regional stability in securing long-term peace in Europe and expressed the common view that the integration of the countries of the region into NATO and the EU is the key to achieving this goal.