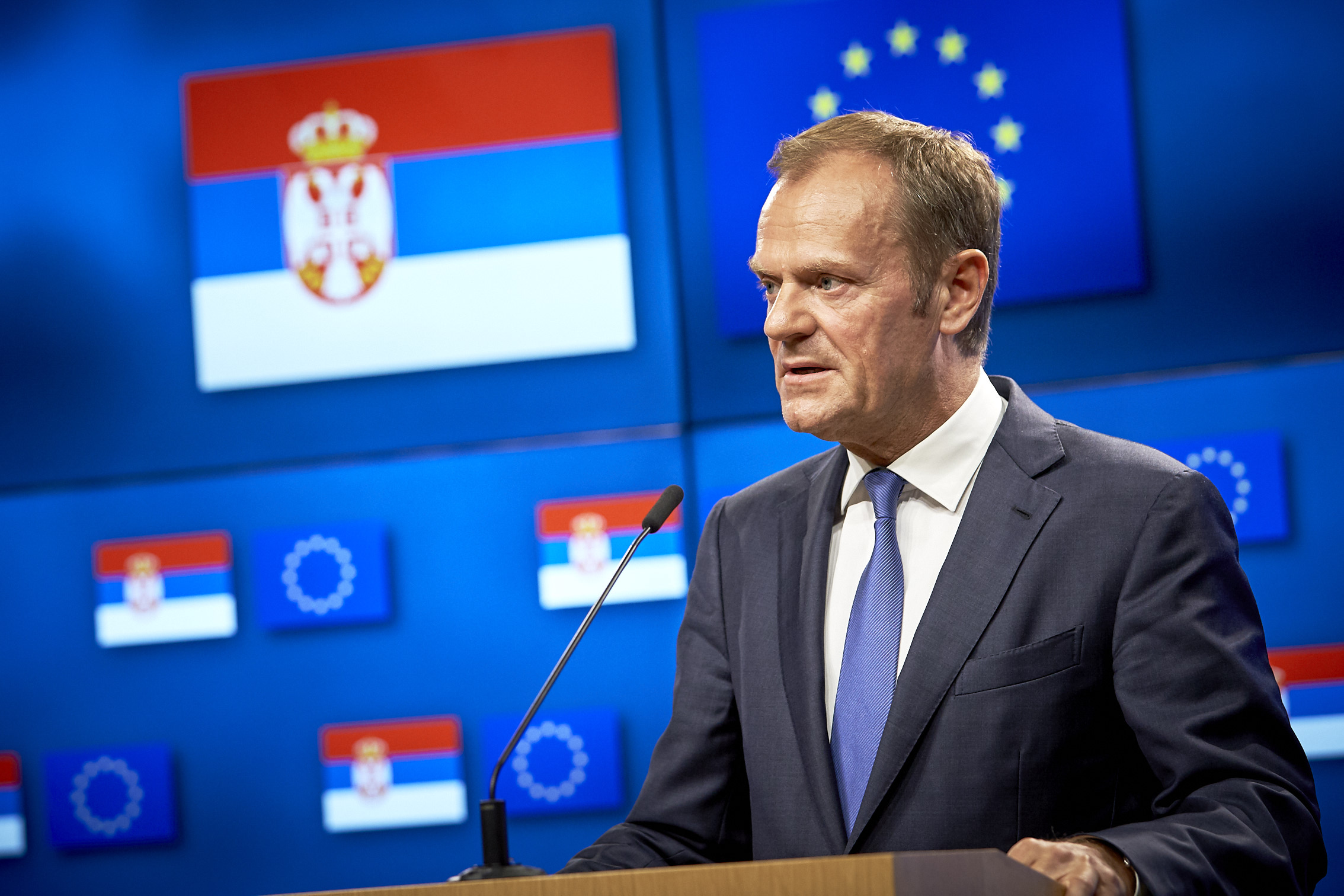 BRUSSELS – Serbian President Aleksandar Vučić and President of the European Council Donald Tusk met Friday in Brussels. After the meeting, Tusk said that the end-game of the Dialogue and Serbia’s reform efforts is full membership of Serbia in the EU.

He recalled that the European Union’s support to the European perspective of the Western Balkans is unequivocal.

“This was unanimously confirmed by leaders at the European Council in March. As to the pace of the accession process, it will depend on your advances in the reform agenda,” Tusk pointed out.

He commend Vučić for his personal commitment to the stability and security of the region, adding that the region remains the European Union’s strategic priority.

“Within your first 50 days in office, you have met almost all your neighbours and regional partners. I encourage you to keep up this work. Your role is absolutely unique,” Tusk said.

He pointed out that after a rather turbulent start to the year, today Serbia engages in dialogue – talking to, not at, each other – and that he welcomes Serbia’s continued commitment to the Pristina-Belgrade Dialogue and its readiness to pursue, domestically and with Kosovo counterparts, a further reflection on future relations.

“For me, the end-game of the Dialogue and Serbia’s reform efforts is full membership of Serbia in the EU. This is what we promised in Thessaloniki and what we are ready to deliver. You have reiterated lately that Serbia has made its geostrategic choice, and that there is no turning back. We expect your choice will guide your actions,” Tusk pointed out.

He encouraged Vučić to pursue reforms to strengthen the rule of law with the same vigour and consistency as progress on the economy. “A strong and robust rule of law is the ultimate signal that you are ready to enter the EU,” Tusk concluded.

Stano: Brussels Dialogue is the main platform for Serbia and Kosovo

Kosovo and Serbia chief negotiators to meet in Brussels this week