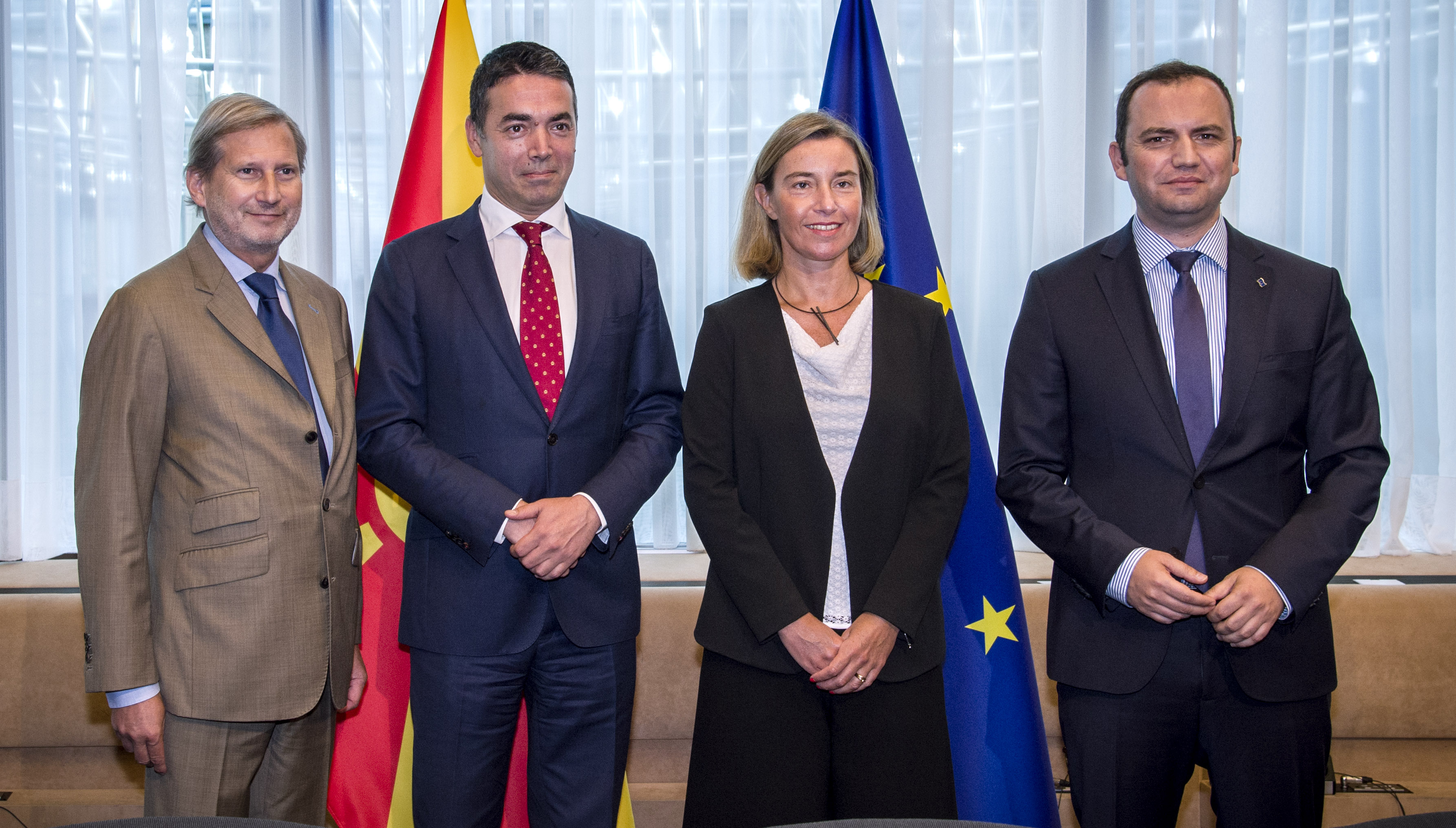 BRUSSELS – The head of the Macedonian diplomacy, Nikola Dimitrov, and the VP for European Issues, Bujar Osmani, at the 13 meeting of the Council for Stabilization and Association where the High Representative of the European Union for Foreign Affairs and Security Policy, Federica Mogherini and European Commissioner for European Neighbourhood Policy and Enlargement Negotiations, Johannes Hahn took part in, have presented the government’s plan “3-6-9.” Dimitrov and Osmani, as reported by the Secretariat for European Issues, have thanked for the support from the international partners for its creation, stressing that a support is expected in the future.

At the joint conference with Hahn, Dimitrov and Osmani, Mogherini has stressed that the country has been facing a deep crisis, but that the EU has always provided help in its solution.

“Skopje has faced with a deep and long political crisis. In the last year, the European Union stood strongly on your side during that difficult period for the country, trying to mediate in the political agreement that led towards a solution in accordance with the Constitution. We are glad that today we see a new beginning, optimism and a strong dedication that is allowing us to direct all our energy in the reforms that are necessary for the citizens but are also necessary for the country’s Euro-Atlantic integrations and the region’s as well” – said Mogherini.

Commissioner Hahn stressed that during the meeting there were talks about the priorities in the implementation of the reforms and that the opposition has to be constructive.

“The government has enormous tasks in front of it and we talked how to set priorities and to provide sustainable reforms. We greet and respect all the efforts to be working with all parties including the opposition, but for this, we need a constructive opposition. What is important is to allow an inclusive and constructive way for advancing the EU agenda” – said Hahn.

Minister Dimitrov stressed that the new government has to work on fulfilling the promises towards the citizens i.e. forming independent and functional institutions that will work in the interest of the citizens and the state.

“The new government that was formed after a long and difficult, political and institutional crisis, is a government that has one essential promise towards the citizens and that is building independent and functional institutions that will provide a rule of law in Republic of Macedonia and one leader and not a group of leaders. In this context, that makes us a close partner with the European Union, the European Commission, and the EU member countries” – said Dimitrov.

VP Osmani has sent a clear message that “3-6-9” plan will be implemented and that there is an inner social consensus regarding the plan and that the government obliges to implement it.

“The working groups have been all prepared, ad hoc working bodies as well as procedures for monitoring and early warning for eventual delays in the implementation of the plan” – said Osmani during the press conference that took place after the meeting.

He stressed that the Government is already working on all open political issues such as the relations with the neighbors and the Law for the use of languages.