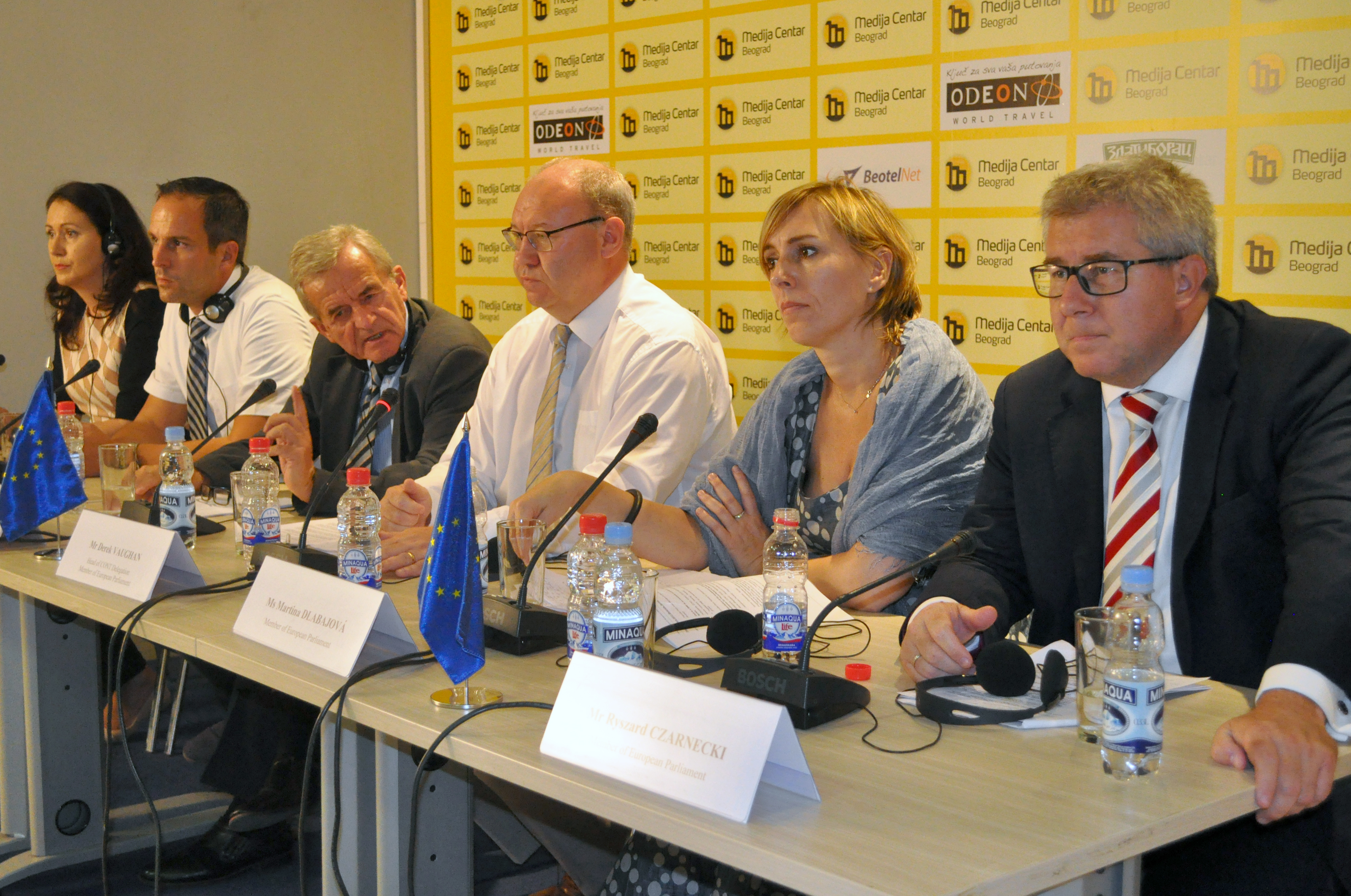 BELGRADE – At the end of the visit paid to Serbia by the members of the EP Budgetary Control Committee, Head of the Delegation Derek Vaughan said that Serbia made progress in using the money from EU pre-accession funds (IPA) and successfully achieved goals set by the EU in that regard.

At the press conference, Vaughan commended infrastructure projects in Serbia and said he was “impressed” with the revival of flood-affected areas, citing it as an example of how the IPA money may help people and communities. According to him, Serbia has so far withdrawn over EUR 1 billion from IPA funds.

He said that Serbia was not withdrawing all the money it had at its disposal, adding that there is room for improvement as it would allow more projects to be implemented, some of which are related to negotiating chapters.

“In the past seven years, the European Union has granted Serbia EUR 1.5 billion to support its preparation for the not so distant EU membership,” Vaughan said.

He said that the EU was a great friend of Serbia, adding that it considers Serbia a part of the European family.

“We came here to see how the pre-accession money is spent and we have visited some of the projects implemented thanks to those funds. We have talked with several officials and the overall impression is that progress has been made,” Vaughan said.

An EP and the European Court of Auditors member Szabolcs Fazakas said that IPA funds were not designed to be used only for infrastructure, but to prepare a country for EU accession, through adoption of legislation, reform implementation, fight against corruption, fiscal goals and support for the rule of law. He added that he was happy with the way Serbia had accepted all EU recommendations in that context.

He said that the European Court of Auditors had exposed no shortcomings when it comes to money spending and that all programmes were being implemented according to plans, adding that the State Audit Institution has been set up in line with the highest standards.

Fazakas said that the EU thought of the Western Balkans as a whole, adding that Serbia could become a coordination centre for projects implemented in the entire region.

During the two-day visit to Serbia, the Delegation of the Committee on Budgetary Control made sure the EU funding is spent efficiently in Serbia, assessed the efficiency and effectiveness of structures set up and tasked with planning and implementation of pre-accession funds and evaluated Serbia’s plans to maintain administrative capacity in this area.

Politico: China investing in Serbia to gain influence in EU