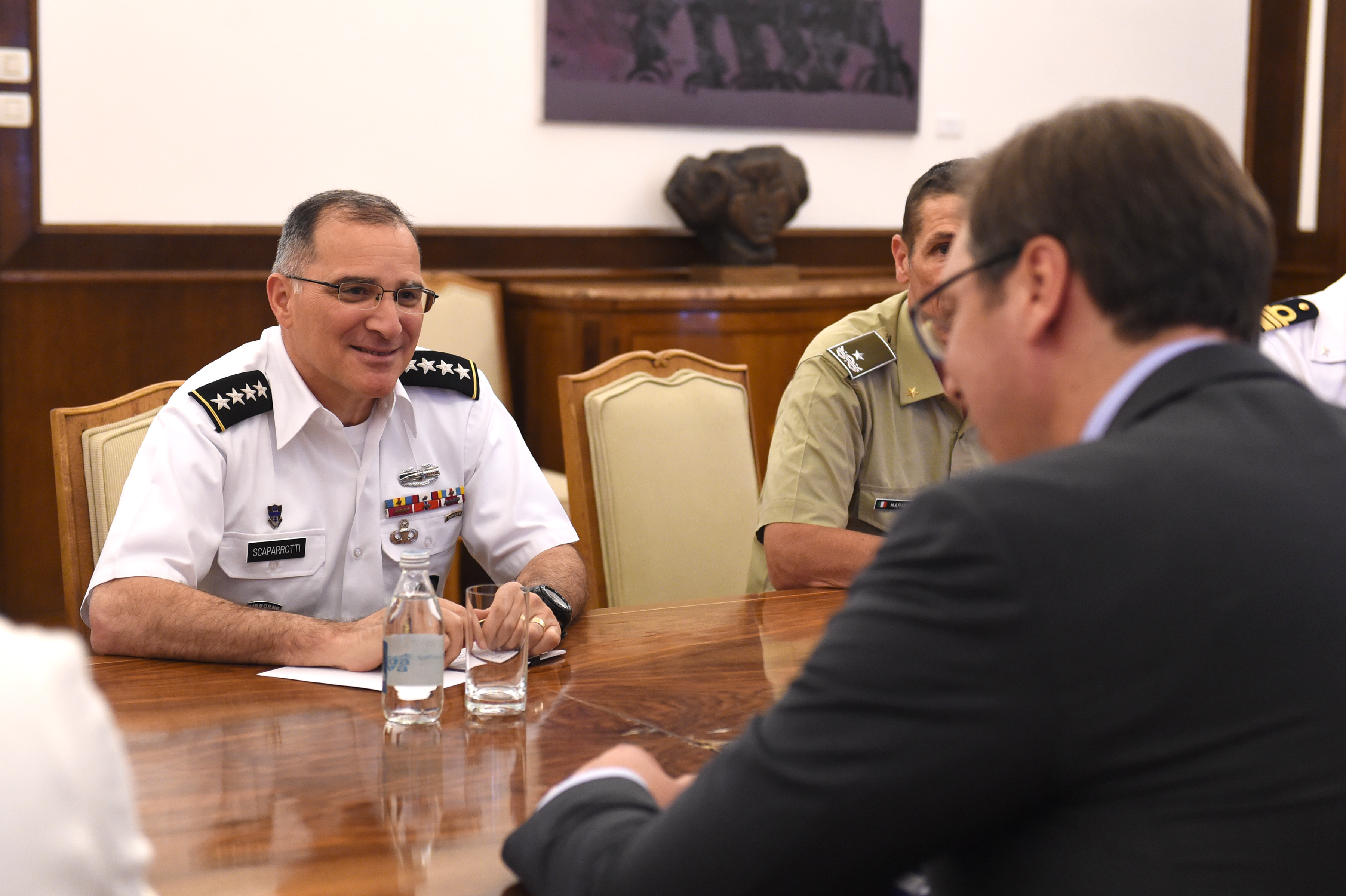 Scaparrotti, who was in Belgrade Wednesday for meetings with Serbia’s top state and military officials, told Tanjug in an exclusive interview that NATO was concerned over a proposal to transform the Kosovo Security Force into a Kosovo army without constitutional changes.

The main purpose of the visit to Belgrade was to discuss NATO-Serbia ties, he said, adding that any change in KFOR’s position in Kosovo would depend on conditions on the ground.

Serbia and NATO are facing common security challenges and Serbia is making a major contribution to regional and international security, which is also crucial for Western Balkan stability, he said, noting that NATO fully respected Serbia’s military neutrality.

CSF recommendations as part of the Western Balkans Summit Declaration

NATO to sign Accession Protocol with Macedonia on 6 February