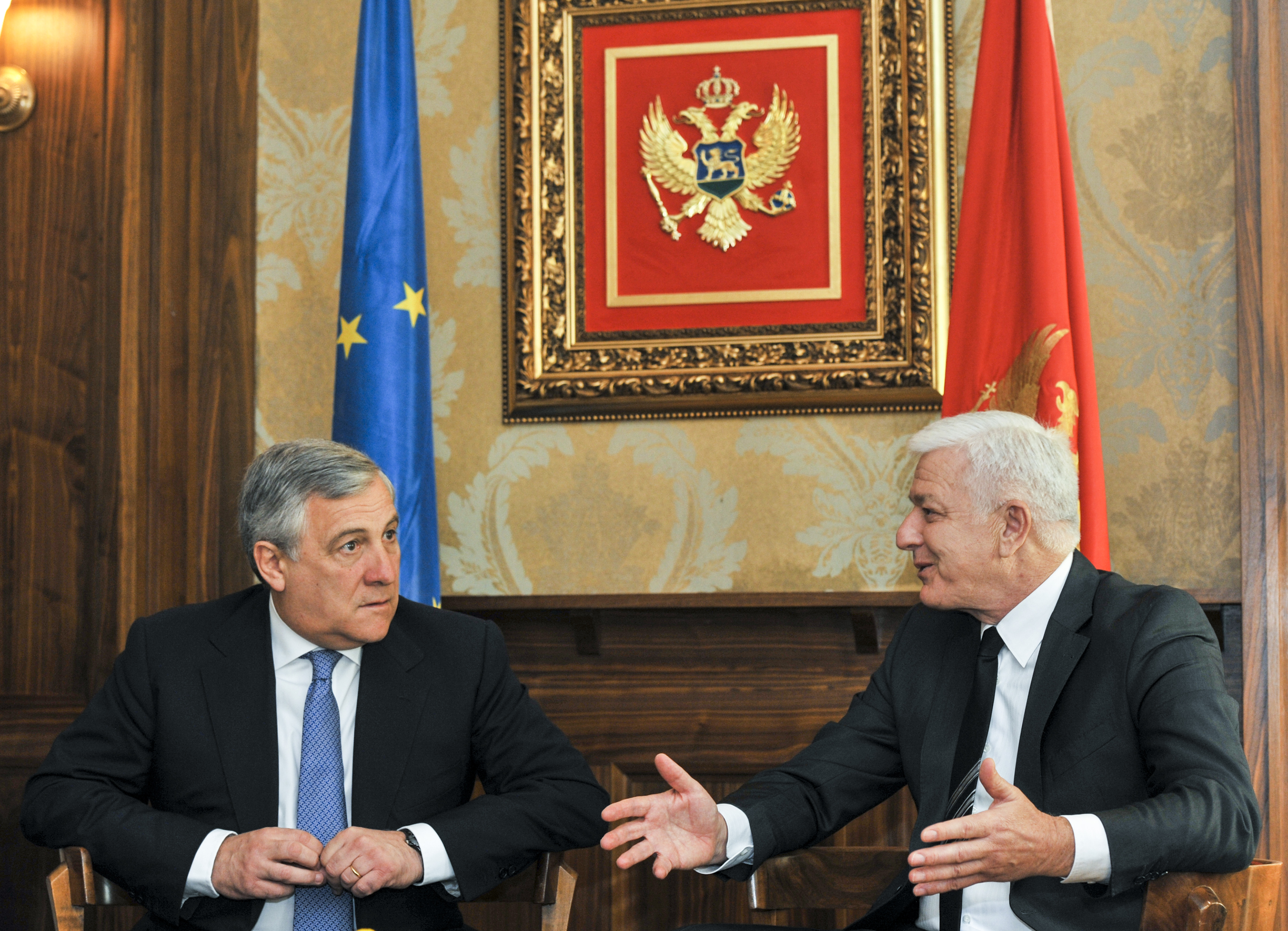 BRUSSELS – Montenegro is the country that has achieved the greatest progress compared to all Balkan countries, President of the European Parliament Antonio Tajani said in an interview with CdM.

Tajani paid a visit to Montenegro where he met with the PM Duško Marković, and on that occasion, he said that Montenegro is making steady progress on the path towards the European Union, and Brussels, European officials and administration support its efforts.

On the question on future enlargement of the EU, Tajani said in an interview with CdM that The EU cannot stay at the number of 27 member states and that the EU is “very interested in the Balkans in this context,” adding that Montenegro is the country that has achieved the greatest progress compared to all Balkan countries.

However, he noted that Montenegro needs to tackle the problems such as corruption, crime and independence of judicial authorities and institutions.

Regarding his statement that he would have met opposition representatives, but that there was no such an initiative, Tajani explained that he thinks that the political battles must be fought in Parliament, and it was not up to him to decide on Montenegrin political parties’ activities.

Explaining why Montenegro was the first non-EU country he officially visited, Tajani said in the interview that he planned to visit the Balkan region and he chose Montenegro as a positive example and the leader of integration in the region.

Viola von Cramon-Taubadel is the new EP Rapporteur for Kosovo