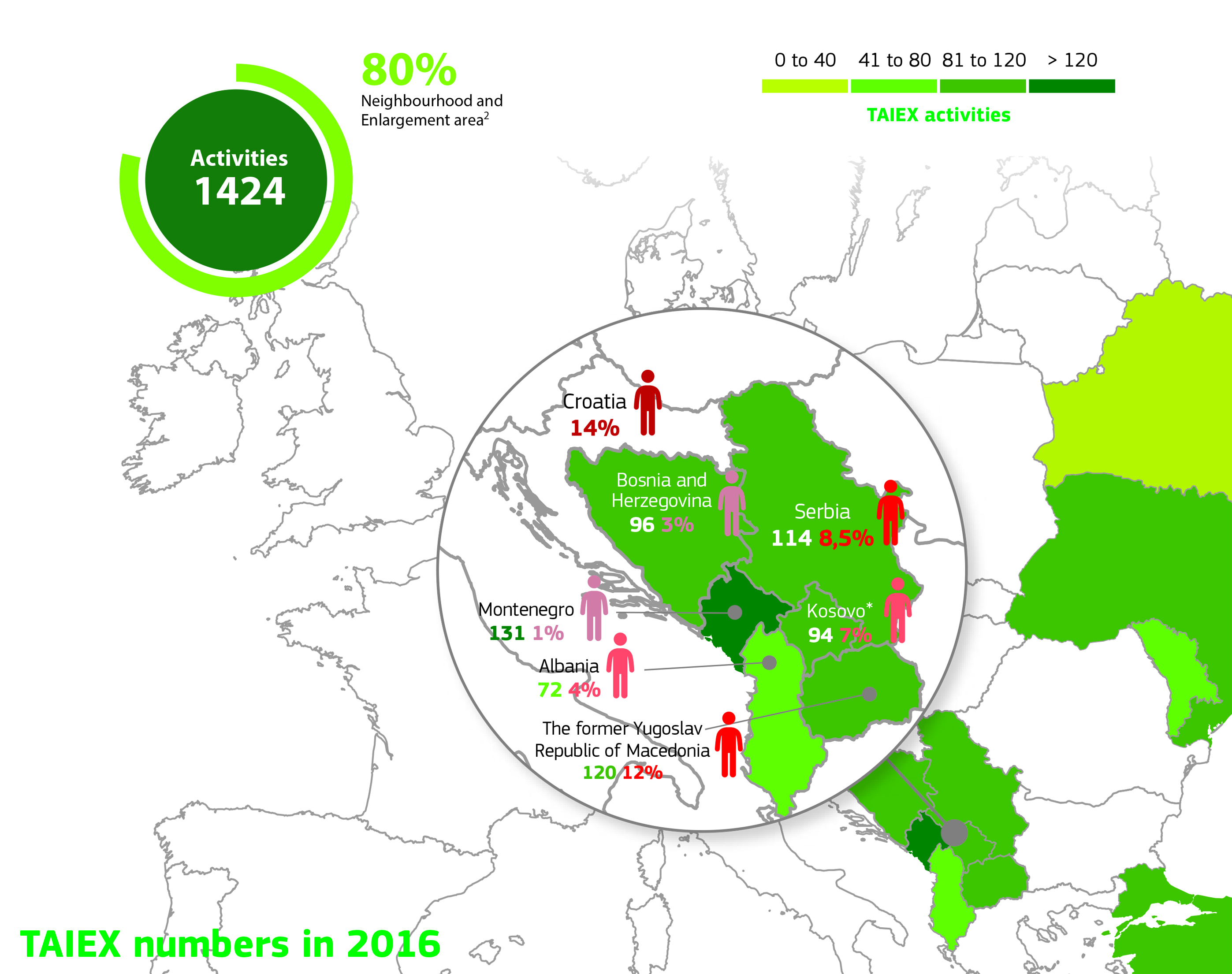 BRUSSELS – TAIEX and Twinning are key in fostering change, thus paving the way for political reforms and enhanced cooperation among countries – the essential ingredients for a future of common stability, prosperity and security, said European Commissioner for Neighbourhood Policy and Enlargement Negotiations Johannes Hahn.

European Commission recently published the Report on TAIEX and Twinning activities for 2016.

TAIEX is the EC’s Technical Assistance and Information Exchange instrument, which is used as a support for public administrations in the European Neighbourhood and Enlargement regions. It consists of workshops in the EU member states, expert missions and study visits, which are used to provided assistance to civil servants, judiciary and law enforcement authorities.

In 2016 in the Western Balkans region, Montenegro and Macedonia had the biggest number of TAIEX activities. Most of the activities were conducted in the field of internal market and justice and home affairs.

One of the most important aims of these activities in the Western Balkans is to support the EU integration process of the region.

It is noted that in Albania, Twinning project which was launched to improve the eﬃciency and eﬀectiveness of public ﬁnancial management had achieved tangible results.

Both programs are financed from the EU budget.

[EWB Interview] Meleșcanu: Romania and Serbia have interests in stable and prosperous Balkans