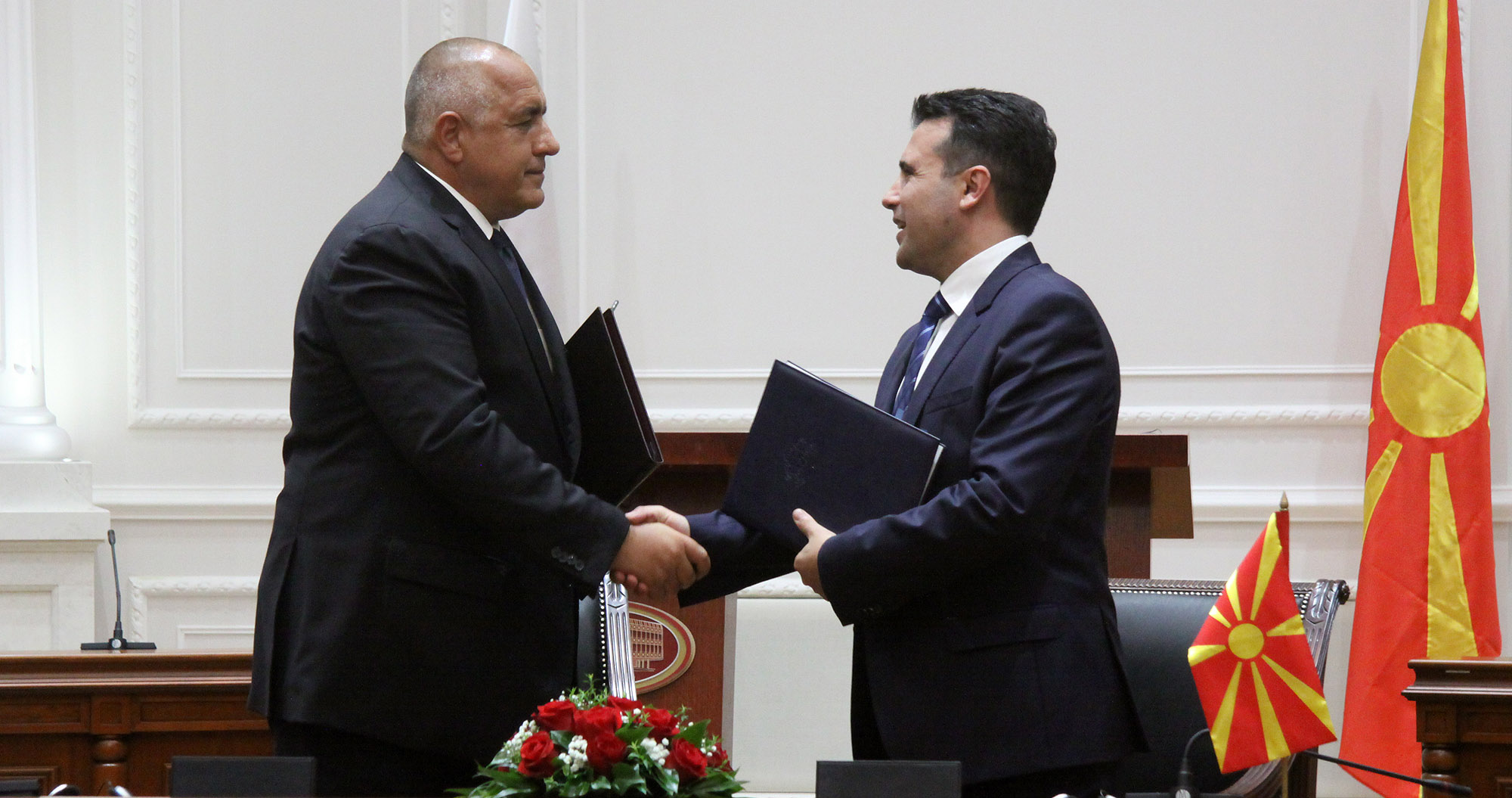 SKOPJE – Macedonian Prime Minister Zoran Zaev and Bulgarian Prime Minister Boyko Borissov signed Bulgarian-Macedonian Treaty on friendship, good neighbourliness and cooperation today in Skopje. Signing of the treaty is hailed “historical” by media and political commentators across the region. This document aims to put these various differences aside, acknowledging shared history, but also the right to hold different views on some topics, and reiterates Bulgarian support for Macedonian EU path.

Two countries will declare that they have no territorial claims against each other. Both countries also pledge to protect the rights of their counterpart’s minorities.

Main article of the agreement is Article 2, which states that:

1. The two Contracting Parties will cooperate within the framework of The United Nations, OSCE, the Council of Europe and other international organizations and forums.

In his address to the Bulgarian parliament last week, Borissov insisted that the treaty would help make Macedonia a prosperous ally, with which Bulgaria would eventually share common EU and NATO values, and highlighted that the treaty is an expression of Bulgaria’s desire to build modern good neighborly relations.

Some parts of the agreement are already set in motion, when at the July 26 cabinet meeting, Transportation Minister of Bulgaria Ivailo Moskovski presented a document, which will enable specific steps to be taken to complete the railway link between Bulgaria and Macedonia. Macedonia has reiterated this commitment, and further cooperation in transportation of gas is expected to follow.

VMRO-DPMNE stated that they will not support agreement on good neighborly relations with Bulgaria in the Parliament of the Republic of Macedonia, dissatisfied with “current terms and conditions which are specified in the text of the agreement”.  Last week, MPs from this opposition party have demanded a public debate on the agreement, stating that agreement endorses a “hidden Bulgarian agenda, which is to negate the existence of the Macedonian language and prohibit Macedonia from demanding greater rights for the Macedonian minority there”.

This turn of events marks an important milestone in Macedonian EU integration process, as it eases one of the obstacles for the country’s accession to NATO, namely lack of other members’ interest for allying with country with naming dispute which prevents even the beginning of the process itself. Bulgaria will also preside over the European Union starting January 1st, and has guaranteed any help necessary for further stabilization of its neighbor. We remind that relation between two countries was rocky to say the least, as the issue of language, history and nationalism were more than once ground for Bulgarian veto on Macedonia’s negotiations with the EU.