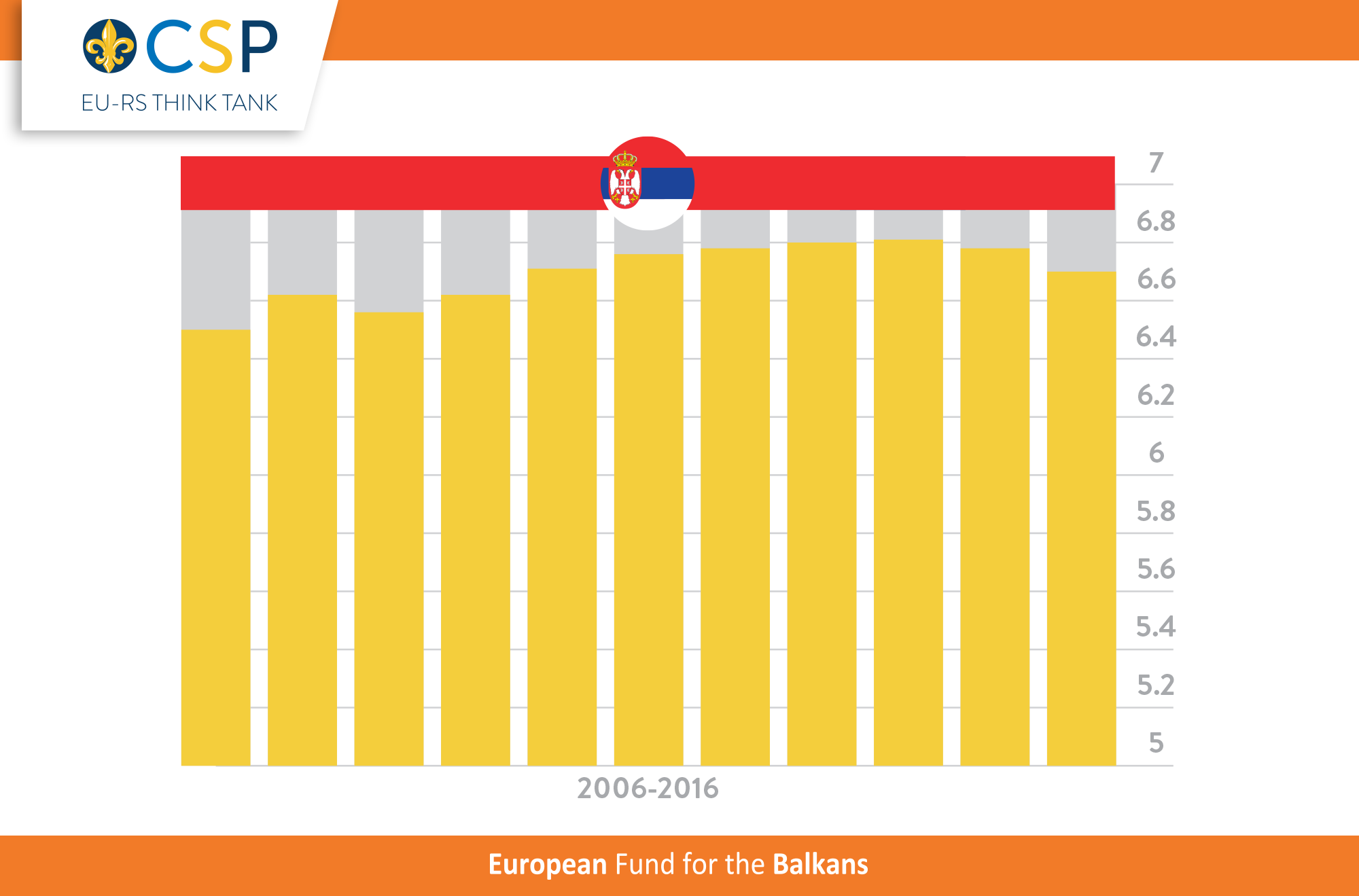 The electoral process is flawed and more attention needs to be given to the question of media freedoms, concluded the participants of the workshop “State of Democracy in Serbia”, organized on Friday, 23 June by the Centre for Contemporary Politics (CSP). The workshop was a part of the project “Democracy in Progress: Shadow Progress Report on Political Copenhagen Criteria in Western Balkans EU Candidate States”, which CSP implements in cooperation with Cooperation and Development Institute from Tirana and with the support from the European Fund for the Balkans. The goal of the project is the publication of alternative, “shadow” country reports on the four EU candidate states in the Western Balkans – Macedonia, Montenegro, Serbia and Albania – which will be available in November 2017.

The workshop brought together representatives of several high-profile Serbian civil society organizations working in the field of democratic reform and media freedoms, such as the Centre for Research, Transparency and Accountability, Transparency Serbia, Civic Initiatives, Belgrade Centre for Security Policy, Centre for Democracy, and Independent Association of Serbian Journalists.

Participants in the workshop discussed about the state of democracy in Serbia and perceived flaws in the political system, singling out different specific issues which need to be addressed. One of the most important discussion topics was the freedom of media, which is also frequently labelled as one of the most pressing concerns by the European Union in its reports and officials’ statements.

According to the participants in the workshop, the issue of elections remains as one of the largest concerns when it comes to functioning of democracy in Serbia. Even though the latest presidential elections, held in April 2017, were not as problematic on the election day when compared to some of the previous elections, both the legal framework and the atmosphere in which the elections were held were far from democratic standards As one of the participants stated, “the electoral results were not problematic, but the manner in we reached these results was“, referring to the electoral campaign and flawed state regulation.

The government candidate, Aleksandar Vučić, had a strong advantage in media presence, both as a presidential candidate and as Prime Minister of Serbia. Also, there was a lack of transparency in funding of electoral campaigns, especially by state-owned companies.

As in previous elections, the issue of imperfect electoral lists continued to tarnish the electoral process and raise suspicions about its credibility. Unfortunately, the mechanism for citizens’ complaints has not been functional, mostly due to short and unrealistic deadlines for their submission and resolution. Also, the regulations concerning the electoral process are dispersed among different legal acts, and many decisions are made within the Rulebook for the Conduction of the Elections, adopted by the Republic Electoral Commission (RIK).

According to the participants, one of the largest problems within the elections process is exactly the functioning of the Republic Electoral Commission (RIK), which is a political body concerned with managing elections, which needs to be transformed into a professional body in order to adequately address the challenges in relation with conduction of elections.

In alignment with official European Commission country reports, the participants singled out media freedom as one of the most problematic issues plaguing Serbian democracy.

According to the participants, the most important problems are related to the work of the Regulatory Body for Electronic Media (REM), primarily due to its politization, inactivity and problems with the election of its members. The work of REM and the legislation behind it have been an important  topic of analysis for certain civil society organizations. Some of them even filed lawsuits against REM and against the Serbian National Assembly for not electing some of REM’s members.

The participants have agreed that one of the biggest problems is that issues related to media freedoms are not adequately communicated outside the realm of media and journalists, and that it is important for them to reach a wider audience.

The treatment of the media by the government was also among the most significant recognized problems related to media freedoms, which has already been recognized by the recent European Parliament resolution on Serbia. In the absence of media freedoms and freedom of speech, participants argued, the work of civil society organizations is also under threat.

Serbia sends note to Croatia over control of imports