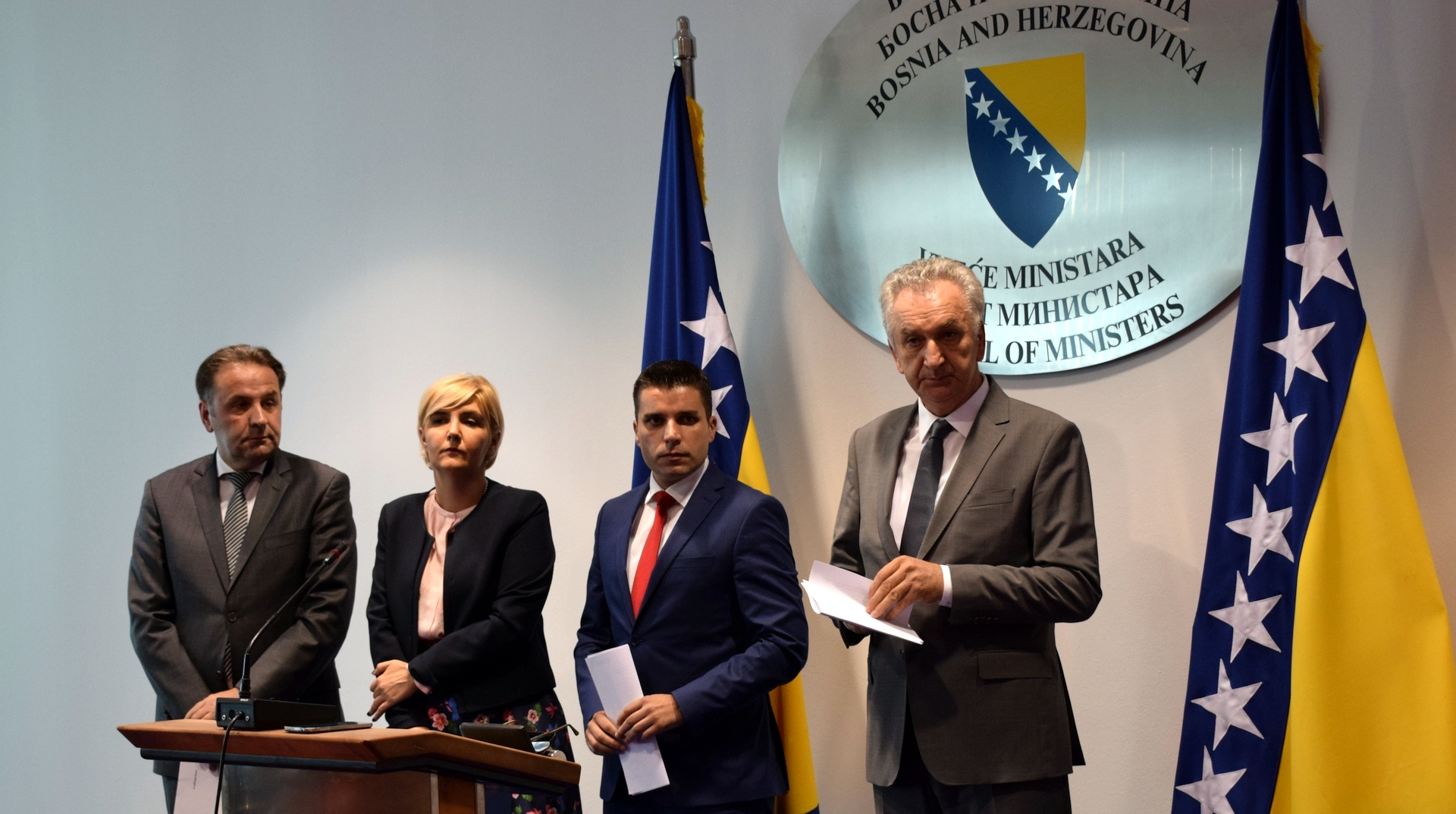 Ministers call on Croatia to scrap measures; Photo: Council of Ministers of Bosnia and Herzegovina

SARAJEVO – Ministers from Bosnia and Herzegovina, Montenegro, Macedonia and Serbia on Monday agreed a set of conclusions following Croatian measures affecting agricultural imports from third countries and signed a joint letter they sent to the EC.

At a meeting in Sarajevo, Ministers Mirko Šarović, Dragica Sekulić, Ljupčo Nikolovski and Rasim Ljajić called on Croatia to scrap the discriminatory measures and align them with market standards.

Croatia was also urged to conform inspection control fees to the average amounts in the region and the EU.

They requested an urgent meeting with the competent minister of Croatia, which they believe will be held in Podgorica by the end of the week.

They noted Croatia’s move is a threat to the anti-discriminatory rules and principles of the WTO and the SAA.

The EC was urged to get involved in the resolution of the issue.