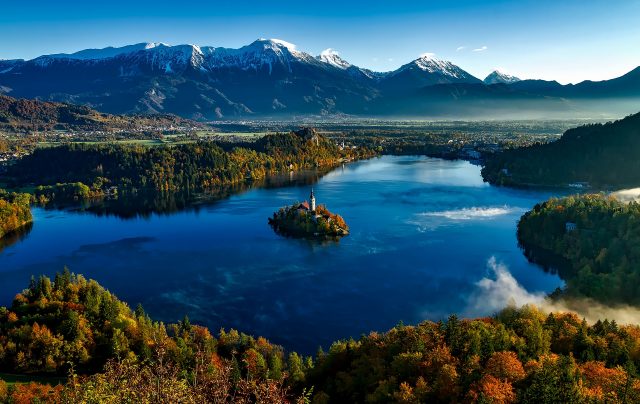 BLED – Changes in the world and the challenges they pose, the need for strong democratic governance with the acceptance of new reality, the position of the EU in the changed world, the Western Balkans, human rights in times of change and digital diplomacy are some of the topics which will be discussed at the Bled Strategic Forum.

This year’s BSF will take place on 4th and 5th of September and it will gather UN, EU, NATO and Western Balkans high-level officials, to discuss current regional and global issues.

The central event is the “Leaders’ panel“, announced for the first day of the forum, in which Serbian Prime Minister Ana Brnabić, OECD Secretary-General Angel Gurria, Vice-President of the European Commission Frans Timmermans, former Slovenian President Danilo Türk and Speaker of the House of Commons in the Canadian Parliament Geoff Reagan will speak.

In the wake of dramatic changes in the world, with the globalization and digitalization on the one hand, and the existing political, economic and social elites losing their foothold as well as the increasingly strong extremist movements on the other, leaders will discuss how to accept the new reality and not to forget the values on which modern societies are based.

One panel will be devoted to the Western Balkans and the EU enlargement process. According to the organizer, some moves by the EU, like the disagreement of the EU leaders last December on traditional conclusions regarding enlargement, suggest that the Union is not interested enough to continue the enlargement at the same pace. Western Balkans foreign ministers, Managing Director for Europe and Central Asia at the EEAS Thomas Mayr-Harting, EBRD Vice President Pierre Heilbronn and others will cover this topic on the second day.

New reality will be the subject of a special panel – “A New Vision for a New Reality“, which is expected to be attended by Federica Mogherini, Turkish Foreign Minister Mevlüt Çavuşoğlu, Foreign Minister of Hungary Péter Szijjártó, Russian Deputy Foreign Minister Aleksey Meshkov and others.

Conversation with the President-elect for the 72nd Session of the UN General Assembly, Miroslav Lajčák, will also be held. Panel “Fake news, and do the media still need editors” will be devoted to the situation in media and one of the most important challenges in the contemporary world – fake news. Panelists will be Matthew d’Ancona, columnist at Guardian and several other British media representatives, Daniel Domscheit-Berg, Former spokesperson for WikiLeaks and founder of OpenLeaks and Peter Kropsch, President and CEO of German Press Agency.

On the second day, there will be a panel dealing with the position of the EU in the changed reality and digital diplomacy of the 21st century. The forum will also hold an economic and strategic forum with several panels.

Rama, Zaev and Vučić will invite Kosovo to join “mini-Schengen” on October 30