VIENNA – In his interview for Handelsblatt, Austria’s Foreign Minister Sebastian Kurz warned about growing influence of Turkey and Saudi Arabia in the Western Balkans and called on the EU to take a more active role in the region.

The EU and NATO face competition for influence in the region, not only from Russia, but from Turkey and Saudi Arabia too, it was emphasized in the interview.

“In Sarajevo and Pristina, for example, women are paid to wear the full veil in public in order to change the street scene,” Kurz warned.

When saying so, he referred to the allegations that women who wear veils do this because they have been paid by Saudi Arabian clerics who worked on introducing stricter forms of Islam to Bosnia after the dissolution of Yugoslavia.

“We cannot look on and do nothing”, he added.

When Turkey is considered, the Balkans present both an “emotional and a rational attraction”, it was explained in the article. Besides cultural legacy and Muslim minorities left behind Turkish rule in the region, one could notice substantial Turkish mining investments in Kosovo, airline co-operation with Albania and new free trade agreement with Bosnia as evidences of an extensive Turkish economic agenda.

In public statements on its role in the Balkans, Turkey has been describing itself as a stabilizing factor in the region. The EU officials would say the same.

To keep Turkey’s and other foreign countries’ influence controlled, Kurz advocates a faster EU integration process for WB countries. He stressed that even though the EU faces a number of problems such as Brexit, refugee crisis or Islamist terrorism, the Western Balkans should not be neglected: “We must continue playing an active role in this crucial region, offering a credible EU perspective,” he concluded. 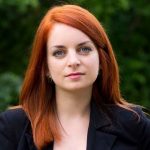 Berlin correspondent at European Western Balkans. Graduated from Heinrich Heine University in Duesseldorf with a MA in European Studies. Works as a Subject Matter Expert for the Western Balkans at Arvato Bertelsmann in Berlin.