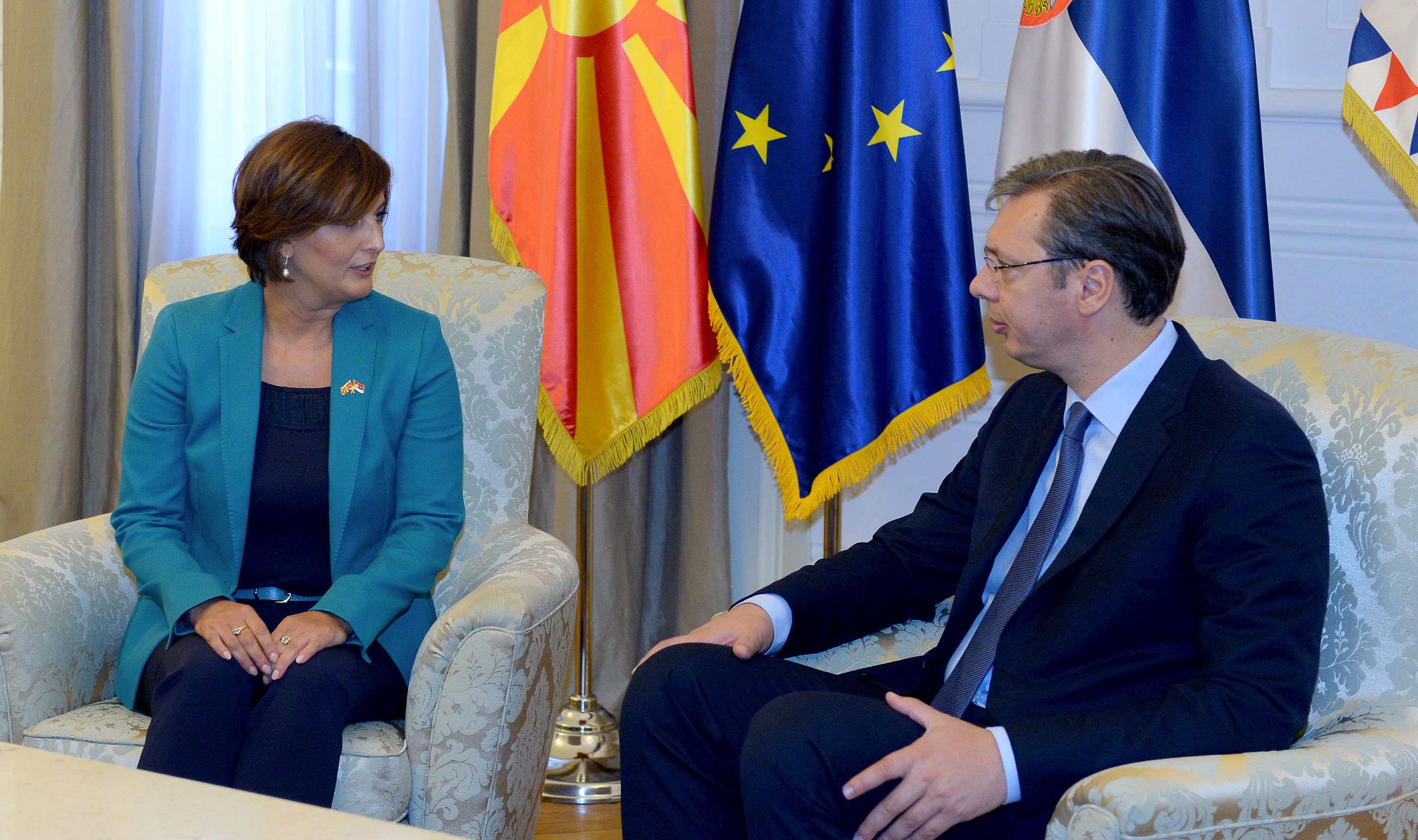 BELGRADE – Serbia’s Prime Minister, Ana Brnabić will send an invitation to Prime Minister Zoran Zaev, to hold a joint session of the governments of both countries by the end of the year in Belgrade. This, among other things, was pointed out by the President of Serbia, Aleksandar Vučić, at today’s meeting with the Ambassador of Macedonia in Belgrade, Vera Jovanovska-Tipko.

At the meeting, according to a statement on the official website of the President of Serbia, Vučić and Jovanovska-Tipko, they discussed “the continuous improvement of good neighbourly relations and fostering the traditional friendly relations between the two countries”.

“We all think that it is necessary to work diligently and responsibly to promote our relations”, emphasized Vučić at the meeting.

It was agreed to hold a joint meeting with his Macedonian counterpart after the appointment of the national security adviser of Serbia.

The frequent communication between the Macedonian and Serbian authorities in recent days, comes after Belgrade withdrew the whole staff from its embassy, in Macedonia, five days ago, for urgent consultations, due to “very offensive intelligence activities” against Serbia in Macedonia, which caused diplomatic tension.

A meeting between Macedonian Minister of Foreign Affairs, Nikola Dimitrov and his Serbian counterpart, Ivica Dačić, is scheduled for tomorrow in Niš.

Vučić to visit Bosnia and Herzegovina

Zaev: We need to intensify economic cooperation of the region