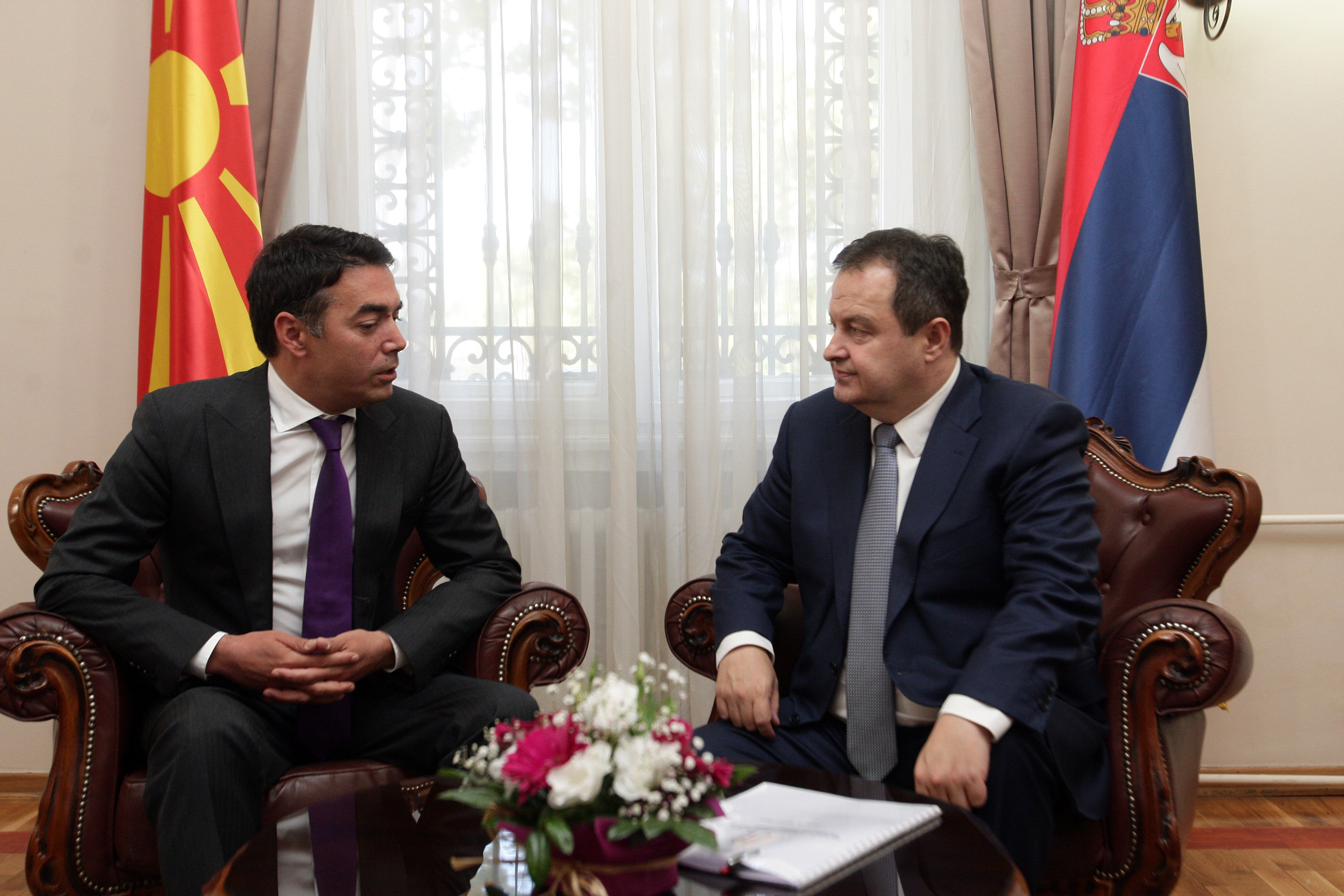 NIŠ – The ministers of Foreign Affairs of Macedonia and Serbia, Nikola Dimitrov and Ivica Dačić, held a meeting in Niš about the latest occurrences between Belgrade and Skopje, after the accusations of the Serbian authorities about offensive intelligence activities against Serbia and withdrawing its diplomats from the embassy in Skopje.

The ministers, as was presented during the press conference, have analysed the evidence thoroughly after which Belgrade withdrew the personnel of its embassy in Skopje and have concluded that the Macedonian government wasn’t involved in those activities.

The Head of the Serbian diplomacy has stressed that the information regarding the intelligence activities did not address the Macedonian government, but a certain security sector, that was done along with one foreign country.

Dačić, once again, did not want to reveal which country was about.

Dimitrov stressed that the area of intelligence is a delicate matter and that he does not want to speculate in order to cause greater damage.

“The clearing out of this information has yet to start. I would be happy if the information is true and if it reveals that the Macedonian government is not involved. Therefore, it is especially important for the information to be investigated,” said Dimitrov.

He stressed that the tensions that have happened in the past few days can be seen as a chance for improvement of the relations between the two countries.

“Even from moments such as these, we can come up with something good and that is to improve the relations. We can bring them on a better level than they were a week ago. I am aware that the general public is confused, but because of the nature of this sector I think that during this phase, by revealing all the details can lead us in the wrong direction,” said Dimitrov.

In the context of improving the good neighbourly relations, Dimitrov said that many bilateral subjects were not discussed during the meeting because of which he announced a deepening of the level of communication and the cooperation between the two countries that have traditionally friendly relations.

In the meantime, the Embassy of Serbia began with its normal activities after its personnel returned to Skopje yesterday. The Ambassador Dušanka Divjak – Tomić, as it was announced, will return to Macedonia on the 31st of August.

Zaev: We need to intensify economic cooperation of the region