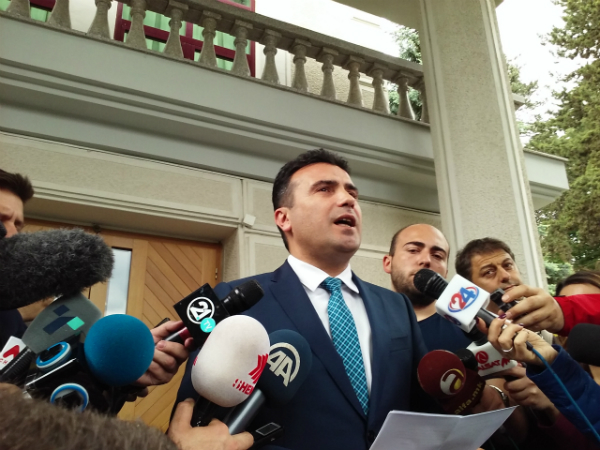 DURRËS – Today in Durrës, Prime Minister Zoran Zaev said he expects the United Nations Special Envoy Matthew Nimetz, to make new proposals in the talks on the name dispute between Greece and Macedonia, by the end of the year.

“I expect by the end of the year to have new ideas from Nimetz to solve this problem. I am convinced that the positive ambience that exists throughout the region and the positive attitude of Macedonia with all the countries in the region can only be of use to resolve such a sensitive issue”, said Zaev, answering a journalist question whether the prime ministers at the informal meeting of the Western Balkans in Durrës offered assistance in solving the dispute with Greece.

When asked about the Law on the Use of Languages, Zaev said that the meaning of the law is reflected in the fact that he is part of the government program.

“The government passed the law. We will discuss the law in September in Parliament. I expect, and once again we invite the opposition to participate in it. After the vote, the Venice Commission and our institutions will have the opportunity to comment on it. The new law connects our citizens and we want to improve the law because it is the right of our citizens in a way of building a society for all people in our country”, Zaev said.