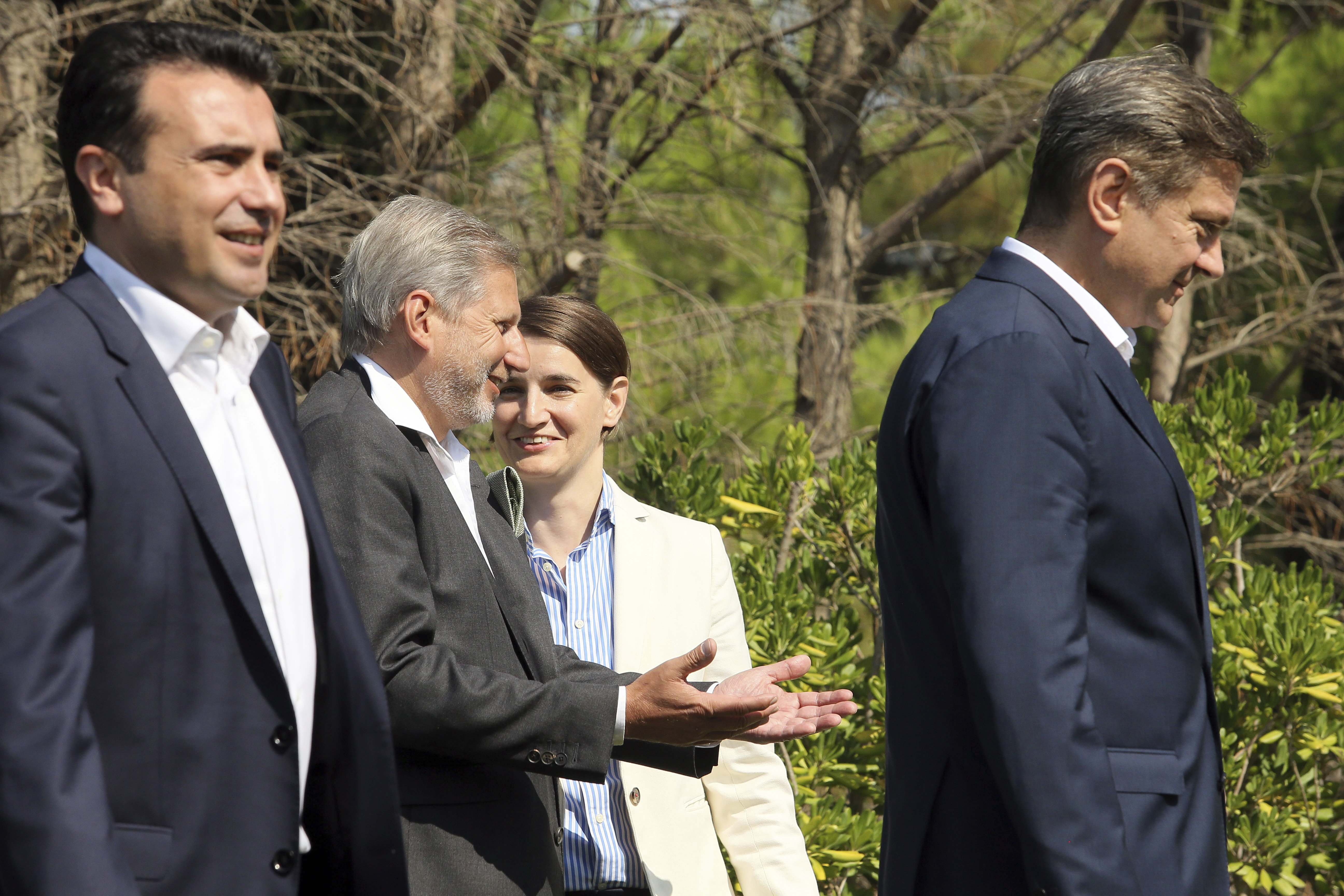 “I had talks with Zaev concerning the events from the past few days. We had very good understanding for our next steps ahead. I called him and we agreed for him to visit Serbia in November” – said Brnabić after the meeting that took place on the margins of the informal meeting of the Western Balkan Prime Ministers.

She stressed that they have agreed during the visit to Belgrade to have talks about having a joint government sessions.

At the meeting, as Brnabić said, they had talks about Kosovo’s entrance into UNESCO and Zaev has stressed that Macedonia will remain neutral regarding this issue.

There was no need for inclusion of the European Union in the process of solving the diplomatic dispute between Skopje and Belgrade because the problem was quickly solved, said the European Commissioner, Johannes Hahn at today’s press conference in Durrës.

“Certainly I would like to know better the reasons for this problem, but it is a good sign that there is already a confidential connections between the leaders of both countries and that they have quickly had a telephone talk” – said Hahn.

The commissioner stressed that the problem was solved in a positive manner and that is an indicator that there is a positive development in the region. He also expressed hope that the trend of positive solutions for bilateral problems will continue in the future.

“The first talks between both leaders indicate that there is a self-confidence among the politicians for surpassing these issues and my expectations are that these issues are a thing of the past”, said Hahn.

Serbia and NATO: From hostility to close cooperation