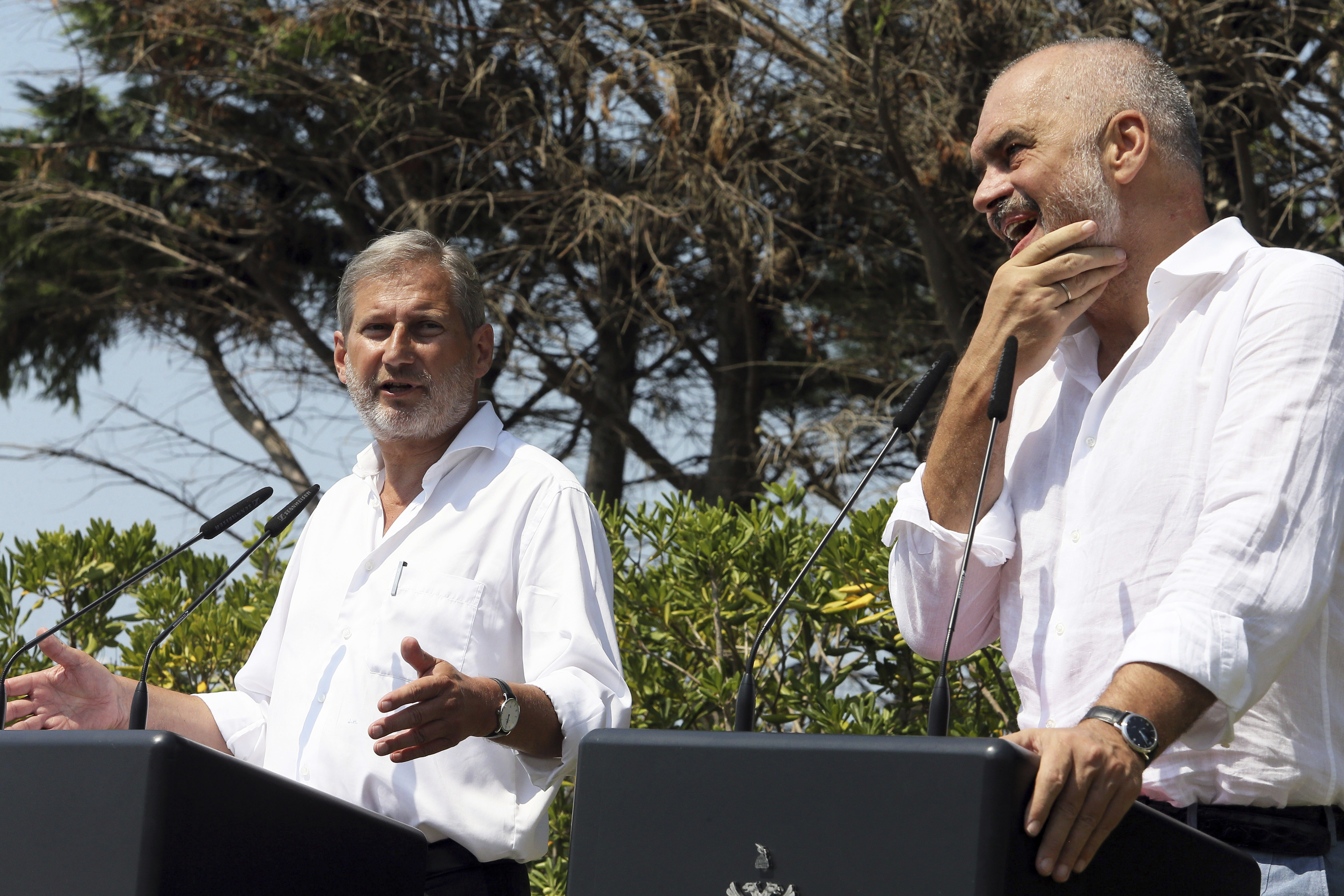 Commissioner Hahn said that today they had discussed how to implement joint economic plans and the weakness of the region in implementing the things agreed. The economic area is important for the region because it helps the countries and the citizens to improve their living conditions and have a better perspective, said he.

According to Hahn, the meeting today implied a growing attention by heads of states and governments to the Berlin process.

Further on, Hahn said that the EU is often considered an entity that only makes requirements, but the EU is interested in having all these countries, Albania included, members of the EU. “All the requirements are necessary and when they are completed everything turns into the best interest of the citizens”.

Hahn also emphasized that exports to the EU from the six countries of Western Balkans are doubled and at present they account for 46 billion Euros, but trade among these countries is not increased, it’s the same like 10 years ago. Further on, he said that at present there is an agreement on coordination in the region, as stated by the prime ministers. “Implementation of the regional market is key to unlock opportunities of millions of people and boost EU path”, said Hahn.

Commissioner Hahn evaluated highly the initiative of holding the meeting and the spirit to encourage the process. That is not an idea of some bureaucrats in the EU, but it’s something in the interest of the citizens therefore the prime ministers have to take care of these agreements to be implemented like the other agreements for free and fair elections, said Hahn.

Likewise, Hahn appreciated the reforms important and said that they are looking forward to results from the Vetting process. “We need clear results of judicial vetting, further steps against organized crime and in curbing illegal migration”, said Hahn.

Some EU countries that have been affected by the asylum-seekers concerns are recognizing Albania’s efforts to reduce the number of asylum-seekers, said Hahn. He emphasized that it would be in vain any attempt of people to get asylum in the EU.

Hahn affirmed that PM Rama has made progress in fight against drugs and some EU countries have acknowledged this fact. There is progress and we should take the next step towards recommendation for Albania, said he. Hahn didn’t set a date, but emphasized that the goal is to have the support of all the EU countries. “Next EU Commission report on Albania will have clever timing. I want to push forward on EU path, but quality is speed. Albania’s EU path is open”, said Hahn.

PM Rama highlighted an action plan of 115 items to achieve a fundamental transformation in movement of goods, services, capital and qualified workers which will make the region more attractive for investments, flexible for internal trade exchanges while accelerating approach with the European Union and the pace of economic growth and well-being.

“We are really encouraged by the fact that there is full agreement in political level, there is full synergy in the level of relations with  the European Commission, the World Bank is involved with our demand and so is the EBRD and BEI which through other instruments are at the disposal”, said PM Rama.

According to Albanian PM Rama, this strategic reflection we are doing today will serve us for a more intensive and aggressive agenda for a far more attractive region for foreign investments, freer movement of the goods through a fundamental transformation of border procedures and an improvement of monitoring performance of the trade corridor so that to increase to the maximum the benefits from the free movement of services.

Mogherini to meet Vučić and Thaçi