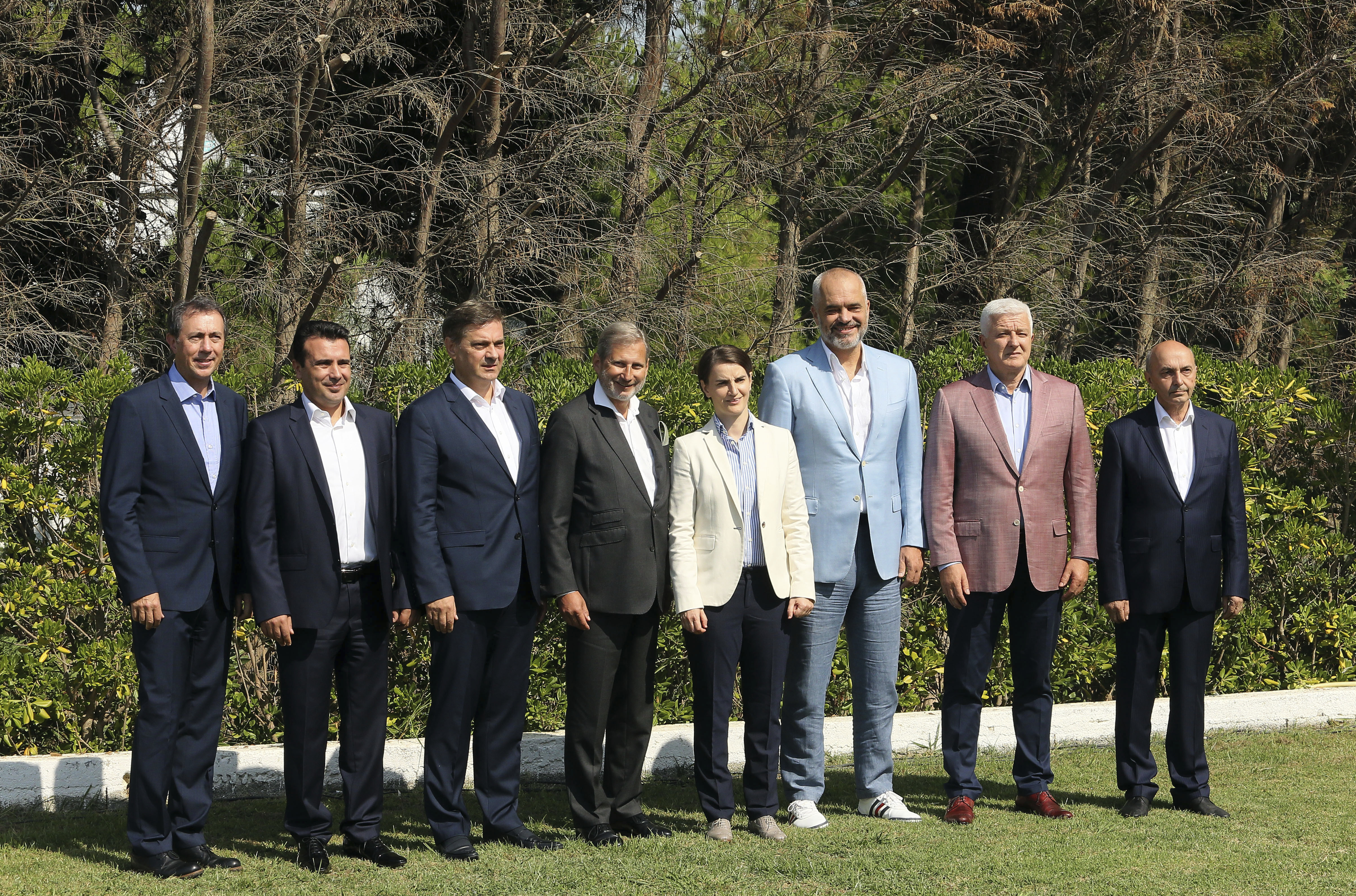 DURRËS – Regional cooperation is necessary for further economic development, it was concluded by the Western Balkans Prime Ministers at the informal meeting held on 26th of August in Durrës, Albania.

Before the start of the one-day informal meeting, Commissioner Hahn held a press conference, where he stated that the key priority is to build the Regional Economic Area, for which he explained that “it is not an alternative to EU integration for the countries of the Western Balkans, but only a useful supplement.”

The Regional Economic Area was set up at the Trieste Summit in July, in order to prepare the region for the EU accession.

One of the attendees was the Vice President of the World Bank for Europe and Central Asia Cyril Muller. The World Bank was meant to provide the support and assistance for the future projects in regard to the Regional Economic Area. Muller expressed his support for the efforts of the Western Balkan countries to boost economic cooperation, noting that this would contribute to improving the quality of life of citizens in the countries.

The meeting was also a chance for Serbian and Macedonian Prime Ministers to discuss the past events related to the diplomatic incident, followed by the withdrawal of staff from Serbian Embassy in Skopje and disagreements on the position towards Kosovo’s membership to UNESCO.

On that occasion, Brnabić and Zaev have agreed that he will visit Belgrade in November where they will discuss having a joint government session. Regarding the Kosovo’s membership to UNESCO, Zaev stressed that Macedonia will remain neutral, while Brnabić explained that Macedonia voting in favour of Kosovo’s UNESCO membership would not be in the best interest of cooperation between these two countries.

Commissioner Hahn stressed that the problem was solved in a positive manner and that is an indicator that there is a positive development in the region. He also expressed hope that the trend of positive solutions for bilateral problems will continue in the future.

The meeting was also the right place to address other bilateral issues, such as the visa regime between Kosovo and Bosnia and Herzegovina, as well as the issue with the implementation of the energy agreement between Kosovo and Serbia.

“For the part of Kosovo, we highlighted the issues we have with Bosnia and Herzegovina – the problem of visa regime, since our businesses cannot circulate easily between the two countries, as well as the problem of interconnection with Serbia – implementation of the energy agreement, which is standing in our way for activating the infrastructure in electricity interconnections with Albania,” said Prime Minister of Kosovo Isa Mustafa.

As far as the benefits of the regional integrations, Mustafa emphasised that facilitating economic cooperation, digitizing economy as well as making use of information technology in the practices among the Western Balkan countries are in the interest of all the countries of the region.

Similar remarks have been made by the Chairman of the Council of Ministers of Bosnia and Herzegovina Denis Zvizdić and Prime Minister Zaev.

“As independent states, we are small markets but as the West Balkan with nearly 20 million people, we can be a very attractive space for very serious investments,” said Zvizdić, while Zaev explain that regional cooperation will create a bigger market, which will increase investments in the countries, which will consequently lead to creating new jobs for citizens.

Prime Minister of Montenegro Duško Marković expressed his hope for the future economic growth of the region.

He said that such meetings give the countries in the region an opportunity to ensure further development and growth, especially among the younger population.

“The sole fact that Prime Ministers of Western Balkans meet and discuss these subjects guarantees the results,” concluded Marković.

The host of this meeting, Prime Minister of Albania Edi Rama said that he feels very much encouraged by the fact that there is a full agreement at the political level on creating the Regional Economic Area.

“We have an action plan of around 115 points in view of a radical transformation in the movement of goods, services, capital of skilled workers that will make the region much more attractive for investments, much more flexible for domestic trade exchanges, accelerating rapprochement with the European Union, and at the same time accelerating the pace of economic growth and prosperity,” said Rama.

With this kind of political commitment of the Western Balkan countries, it only remains to be seen how the Multi-Annual Action Plan for the Regional Economic Area will be implemented and what benefits to the region it will provide.

Mogherini to meet Vučić and Thaçi