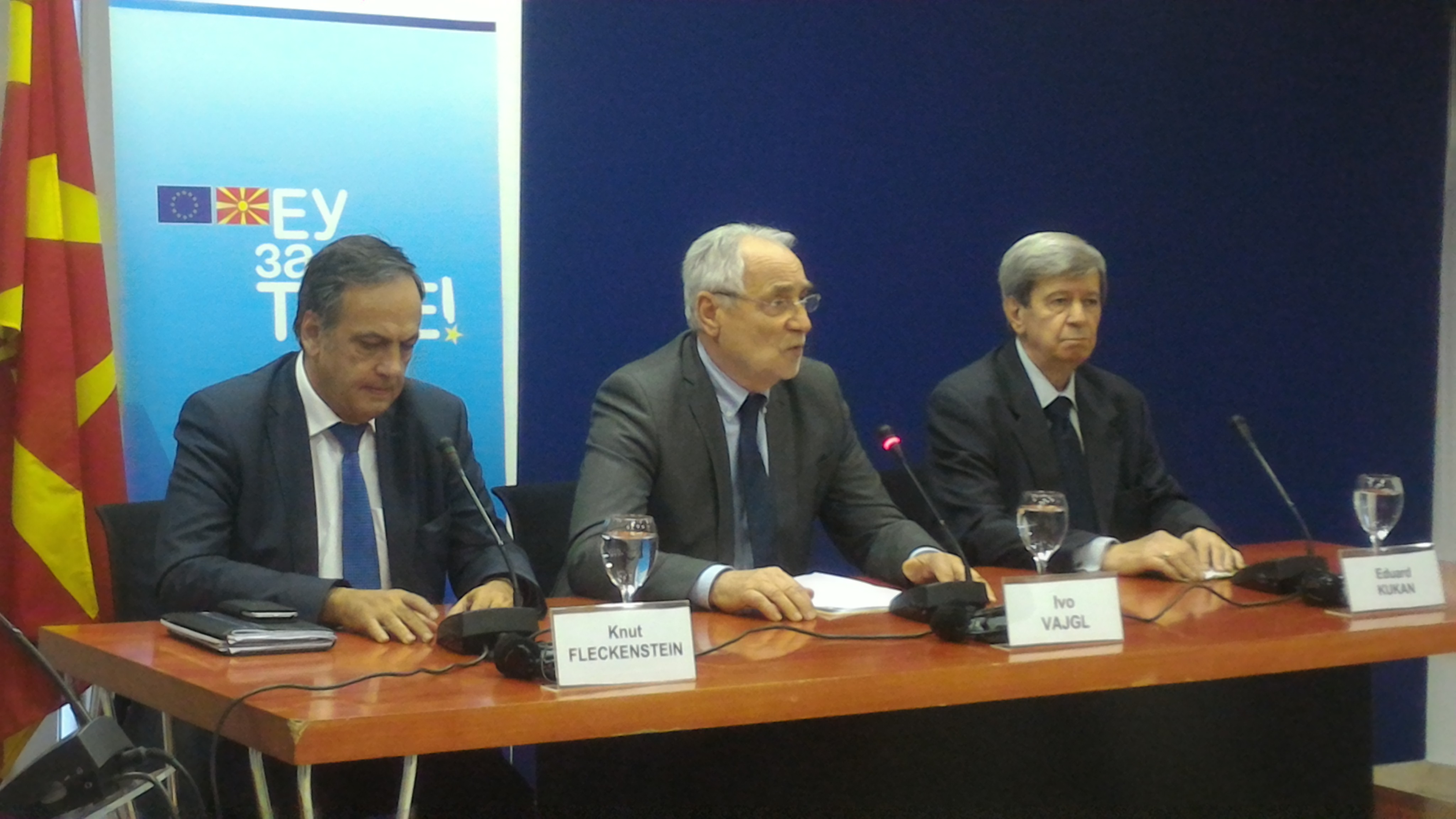 The three MPs, as the joint statement states, they spoke with the Macedonian politicians and high ranking officials to discuss the reform agenda necessary for the country’s EU membership and on the effective institutional functioning of the Sobranie.

“We discussed the challenges inside the Parliament in the current political climate and all agreed that political dialogue is essential to advancing on the urgent reforms and for improving the parliamentary culture and atmosphere in the Sobranie” said the MPs.

They stated that their converses have greeted the dedication of the European Parliament and its proposals in the support of the dialogue and the search for compromises that are the features of all effective and modern parliamentary institutions.

“We discussed how to further political dialogue in the Sobranie and support capacity building for staff and Members of Parliament, including through technical expertise supported by the European Commission,” said the statement that also mentions that in cooperation with Commissioner Johannes Hahn, they have always stated their solidarity to work with the Sobranie in support of the country’s path to European integration.

The three MPs state that they have noticed a new forward dynamic in the country including an interest expressed by Xhaferi and the political party leaders to engage in dialogue on matters of strategic importance for the country and its citizens including the reforms necessary to advance on the European integration path.

“Ahead of the local elections, we also encourage all political representatives and institutions to act responsibly and to ensure the conditions are in place for all citizens to exercise their democratic rights freely,” said Fleckenstein, Kukan, and Vajgl.

Palmer: Full NATO membership of BiH is a long-term goal