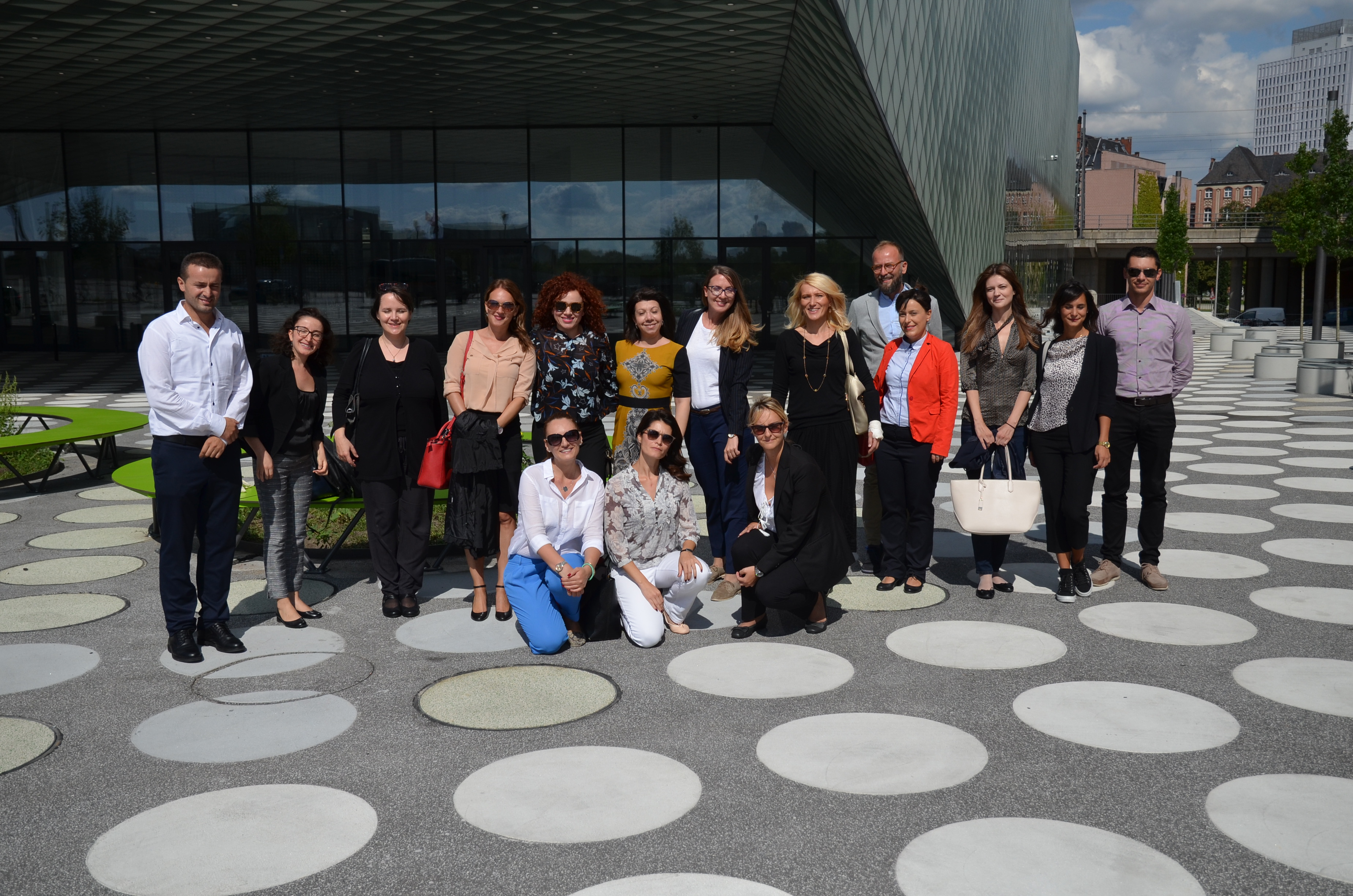 Fellowship; Photo: The European Fund for the Balkans

BERLIN – Eighteen fellows of the new generation of the European Fund for the Balkans’ Fellowship Programme for Government Officials from the Western Balkans (Fellowship Programme) gathered in Berlin and Potsdam at the Introduction Seminar from August 26 to September 3. The aim of the seminar was to prepare the participants for the programme in the European Union member countries’ institutions, which will be their hosts for the next three months.

The seminar was an opportunity for the participants to gain knowledge of administrative and political practices in the EU, to get advice related to their future fellowships and to exchange views on the current political and social challenges in Europe and the Balkans at panels and workshops.

The Fellowship Programme for Government Officials from the Western Balkans is a one-year practice-oriented educational programme for government officials launched in 2008. This program offers them an opportunity to gain the knowledge and skills of European administrations, which will be subsequently transferred to their home institutions. In this way, the government officials will be better prepared to speed up the reforms of the Balkan administrations and make them more effective, and enable them to act as agents of change in the process of Europeanisation of the region.