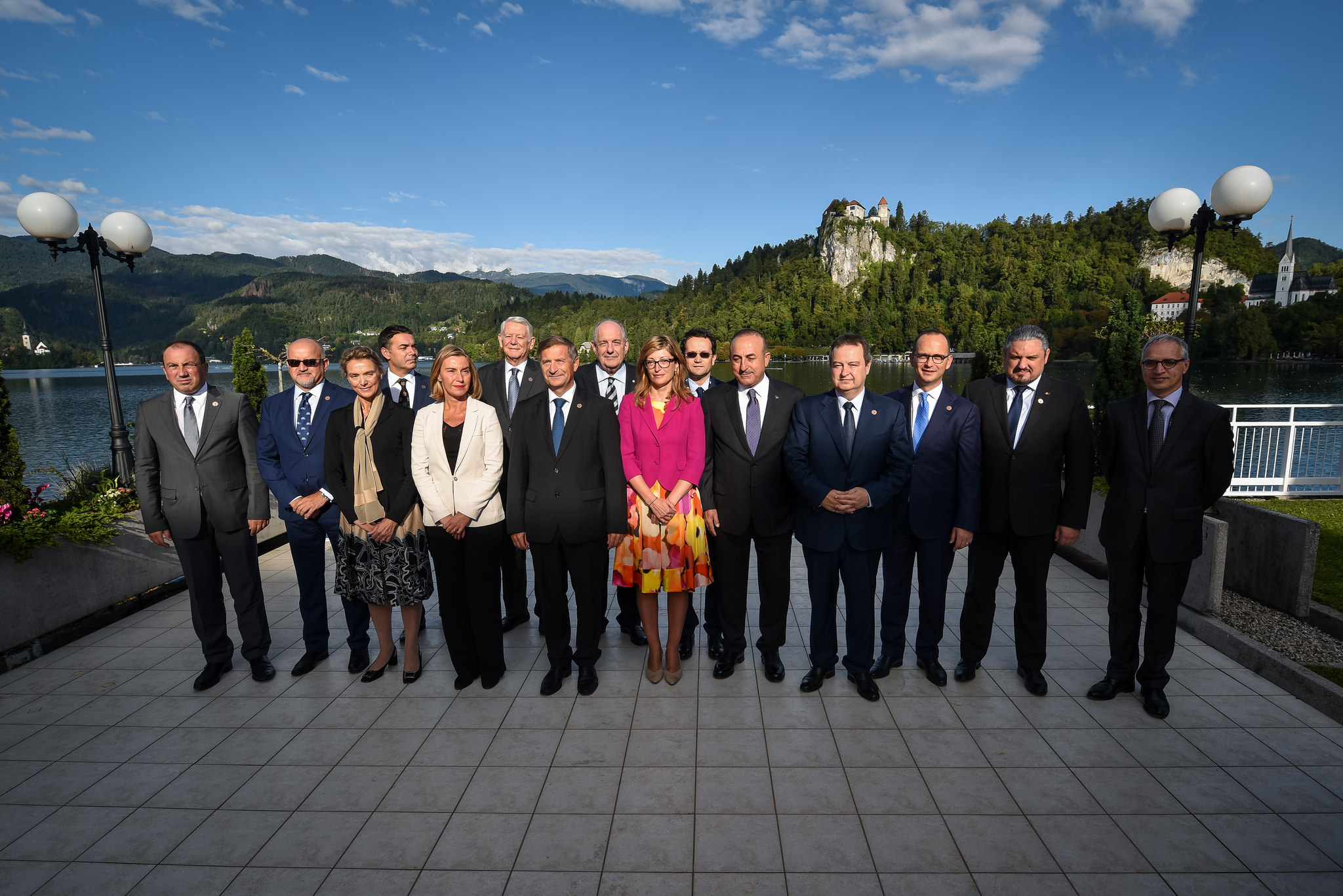 The central part of the Bled Strategic Forum 2017 (BSF) was a debate about the future of the European Union and possible steps for its consolidation in a new reality. Conclusion of participants was that the new leadership, especially at the EU level, stronger involvement of citizens in the decision-making process at the supranational level and the further integration of the Western Balkans should be the main levers of this change. The bleak perspective that followed Brexit and the US presidential elections in most European countries during the last year has been replaced by the slight optimism backed by the French presidential elections and the last Eurobarometer. Such attitude prevailed in Bled.

Several times in the last ten days, at the opening session of the 2017 EU Ambassadors conference and at the recently closed Bled Strategic Forum, the EU’s High Representative for Foreign Affairs and Security Policy, Federica Mogherini, said that the Balkans ”is not the backyard: it is Europe”. I see nothing new and particularly positive in this statement as it was followed by the concern for stability, which has been in the Union’s focus for a while. The European Union is still flirting with numerous of the WB options for even higher number of EU policies and their parallel developments. At the same time, the Union buys time while maintaining status quo to strengthen itself for new challenges.

This is not for the first time that the European Union is in crisis. The supranational community faces a shortage of democratic legitimacy longer than the Western Balkan countries are trying to establish some outlines of democratically governed systems. So, perhaps we are not talking about a long lasting crisis, but a constant process of questioning and re-thinking at all levels within EU, that goes through ups and downs. Efforts to overcome the latest “downs” were insufficient and with a short-term impact so far. The announced turnaround and the strengthening of the multi-speed Europe concept, where we are expecting concrete proposals by the French president and winner of the German elections later this month, has been greeted with a different attitude in both the member states and the Western Balkans. Member states that do not participate in the Schengen and the Eurozone are not thrilled. In their opinion, this concept will lead to further fragmentation. Those that are already the cause of headache in the EU even less. Slovenia, the host of the forum, sees itself in the first row, within the narrowest circle of integration. The Western Balkan countries are still optimistic about fulfilling the conditions for full integration. More specifically, optimism rests at the highest level. Recently Gallup’s survey shows that less than 50% of the citizens of the most advanced countries in the integration process (Montenegro and Serbia) believe in the prosperity of EU membership. Taking into account the current simulation of reforms in the Western Balkans, I don’t see the reason for confidence either.

The fact is that the EU has more problems in it own backyard today than fourteen years ago when it set the agenda for the Western Balkans in Thessaloniki. The Union’s leaders have endangered the “European project” by ignoring these problems (including the structural problems of infernal democracy). This project has no future without further gathering Europe around democratic values, which should be encouraging for the region. Yet, the fact is that autocrats in the Western Balkans do not care about democracy at all. Paradoxically, just as in, not a particularly funny, joke by the Serbian foreign minister during the Bled Strategic Forum, the EU and the Western Balkans are closer then ever, but only in the failure to provide its citizens the values they strongly advocate.

So, if “we have to think up a Europe with several formats, go further with those who want to go forward, without being hindered by states that want – and it is their right – to go not as fast or not as far,” as stated by the French president, we should expect a competitive spirit in the countries. Or not. But for the countries of the Western Balkans, the bill is clear; the way forward warrants much more efforts than they are showing now. At the same time, the Union in its efforts to democratize and stabilize the Western Balkans, should do the same thing as at home: autocratic practices should be called by their true name, no matter where they occur.

Brnabić: Serbia will do its best to have the best relations with Macedonia