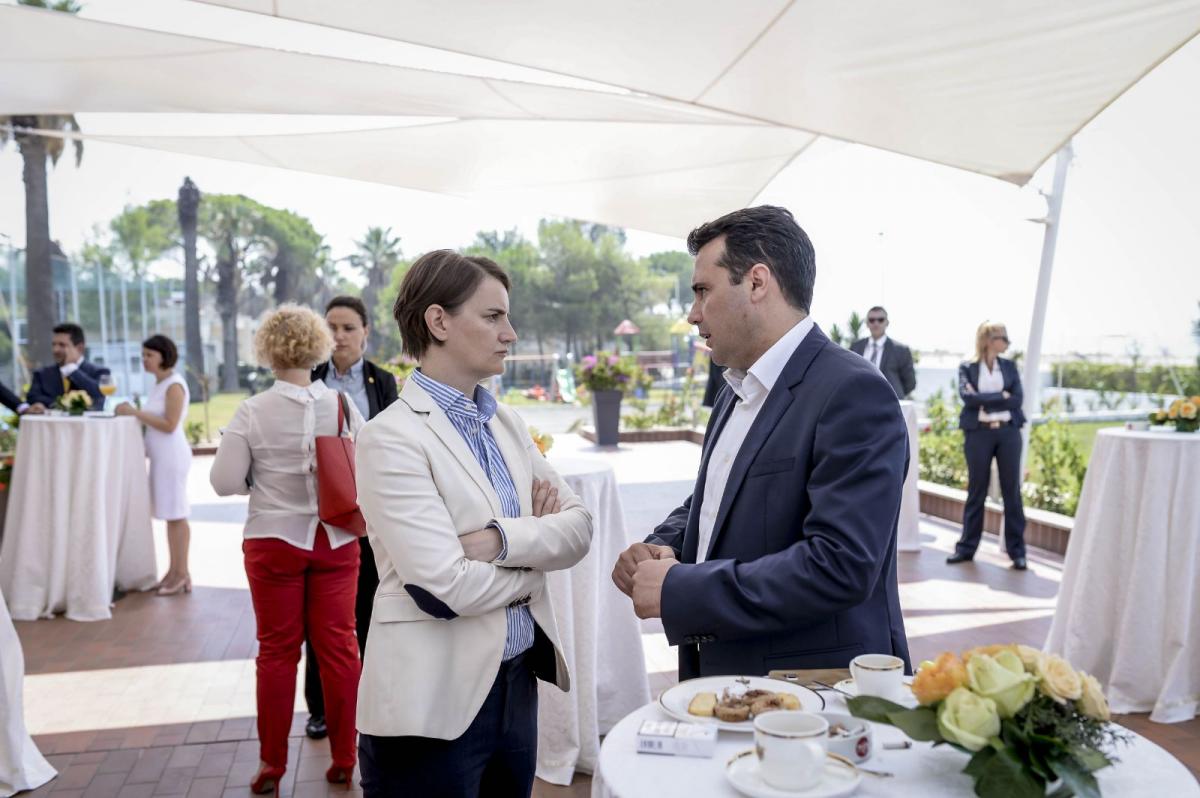 BELGRADE – Serbian Prime Minister Ana Brnabić arrived at a reception organized in Belgrade for Independence Day of the Republic of Macedonia, and said that Serbia would do its best to have the best relations with Macedonia. She said that she did not speak with her Macedonian counterpart Zoran Zaev or Macedonia’s ambassador to Belgrade Vera Jovanovska-Tipko, about the possibility of Macedonia supporting Kosovo’s membership in Interpol.

“Tonight I do not want to talk about that. Tonight we celebrate our good relations and the Day of Macedonia. Serbia is open, flexible and we will do our best to have the best relations, said Brnabić, who wished the Republic of Macedonia the best on occasion of the national holiday on behalf of the Serbian government.

She stressed that yesterday she talked with Ambassador Jovanovska-Tipko for further cooperation between the two countries and reminded that she had sent an official call to Macedonian Prime Minister, Zoran Zaev to visit Belgrade in November.

At the reception organized in Belgrade, Macedonian Ambassador to Serbia Vera Jovanovska-Tipko said that Macedonia’s permanent commitment is the development of good relations with all neighbors.

“These good relations do not imply the illusion of an idyllic atmosphere, but relationships in which open issues are resolved through frank dialogue, mutual respect and mutual trust. It is this kind of relations that strives with our friendly neighbor Serbia, which is not connected with many elements of the past, the present and the future, but mostly of human relations and mutual sympathies are a permanent value and an incentive for continuous improvement of relations”, said Jovanovska-Tipko.

Apart from the Serbian Prime Minister, Serbian Parliament Speaker Maja Gojković, and the Minister for Labour, Zoran Đorđević, representatives of the diplomatic corps were also received at the reception.

Bled Strategic Forum: The Balkans is Europe – Europe is the Balkans