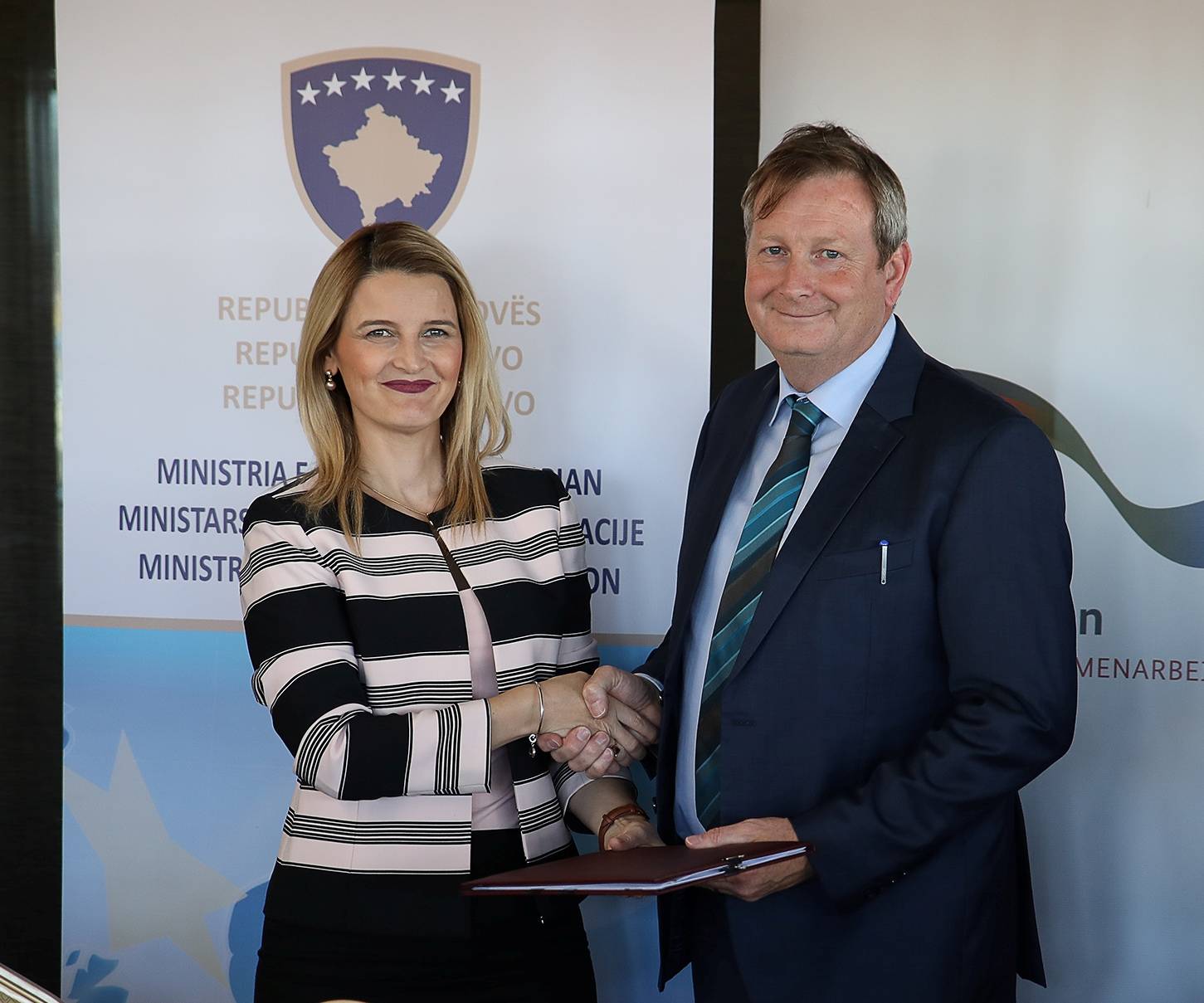 PRISTINA – The third phase of the project “Support to the European Integration Process in Kosovo” funded by the German Federal Ministry of Economic Cooperation and Development has been launched.

In her speech Minister of European Integration, Dhurata Hoxha, said that the GIZ project will further support MEI towards the prioritised implementation of the Stabilisation and Association Agreement as well as in preparing the administration for future application of EU membership.

The Acting Ambassador of Germany, the MEI General Secretary and the GIZ Country Director also joined the launching event.

“MEI plays a central role in this complex and highly demanding process. As the coordinating authority it has to ensure the full participation of all Kosovo institutions when preparing for EU membership application. In this way, the support of the GIZ project is directly linked to further strengthening the administrative capacity of Kosovo,” said Hoxha.

The Acting Ambassador of Germany, Mr. Jan-Axel Voss, highlighted that the Government of Germany has been supporting Kosovo in its EU integration endeavours since the very beginning; both politically and financially. He emphasised that European reforms are vital not as an end in itself but as a means to establishing a democratic market economy that serves the needs of the people.

The GIZ project has been supporting MEI in its work to effectively, plan, coordinate and monitor the European integration process since summer 2011. Together with capacity building measures this intervention contributed to MEI’s enhanced mandate. Moreover, the project has provided assistance to the Assembly of the Republic of Kosovo in strengthening its oversight capacities of the European Integration process. The new project phase has a total volume of EUR 2.8 million and runs until June 2020.