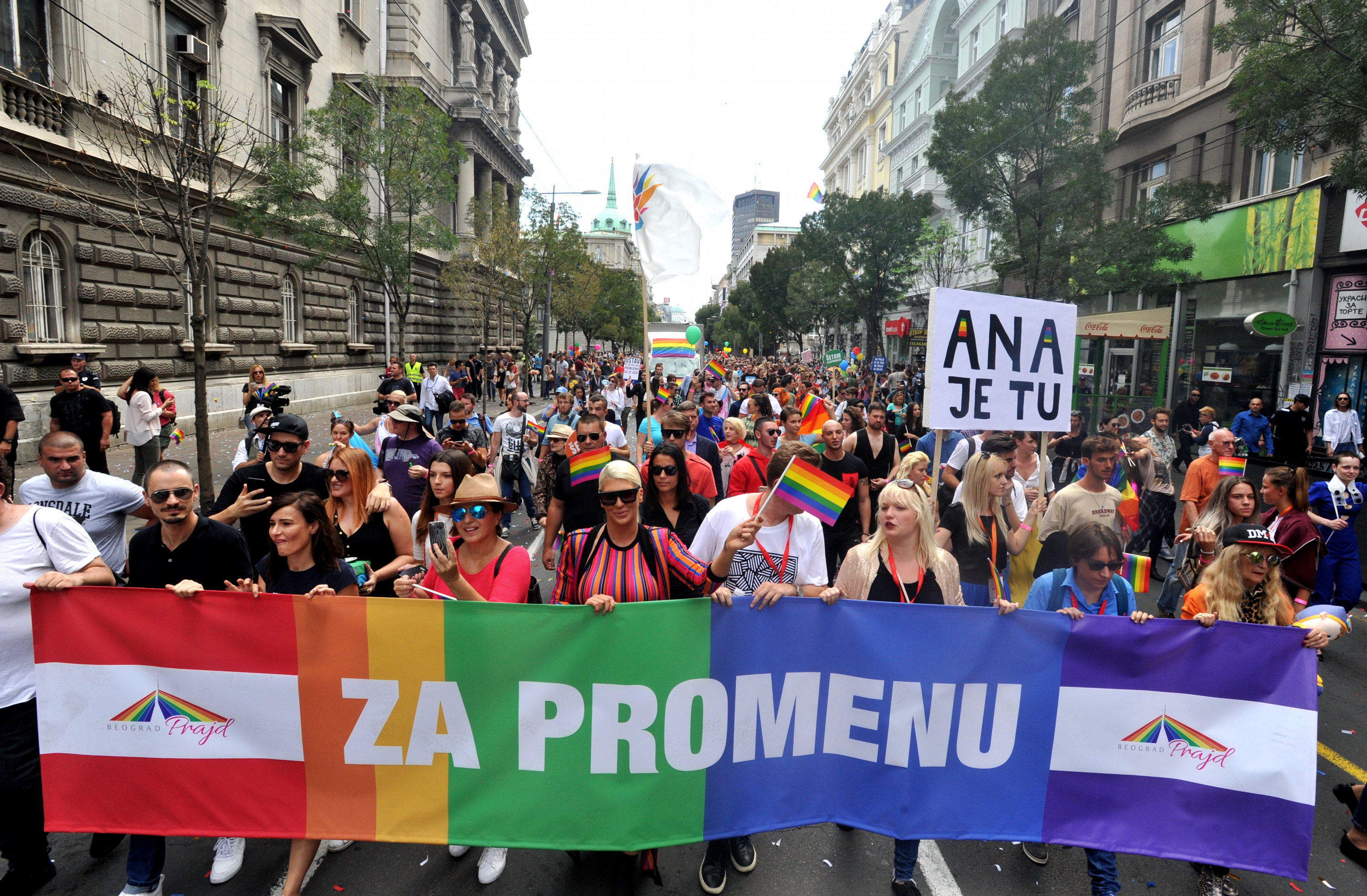 She joined several hundred activists on Sunday at a pride march through the streets of Belgrade, which were cordoned by the police.

“We want to send a signal that diversity makes our society stronger, that together we can do more,” she added.

This was the first time that a Serbian PM joined the annual parade.

“Today we walk together and together we will stress that problems still exist and that we want to work together to solve them,” said activist Goran Miletić, who helped to organise the march.

Hahn: Structure of Belgrade-Priština dialogue will not change