*Opinion piece by Michal Vit, Research Fellow at EUROPEUM Institute for European Policy, an independent Czech think tank. Vit is a participant at the international conference Move.Link.Engage, organized by the Belgrade Open School on 18 and 19 September 2017.

The EU is not about funding, however, this element of the EU is very often discussed not only as a good thing but also as a source of corruption and nepotism. Thus, who should be benefiting from the real progress of the EU integration that is translated into EU funds? How to develop positive narrative when the discussion is not about rational arguments but about emotions?

This brings the most crucial commitment – to develop the narrative of the integrated EU not only rhetorically but as a deeply penetrated within public administration or political parties. This penetration and willingness to cooperation on all levels of public administration helps to avoid paradigmatic shift when it comes to cultivation of narrative of the integrated EU. This helps keep cooperation on functional level even if political representatives are not interested on cultivation of positive narrative. This was the case of the Czech -German relations where cooperation on administrative level secured very high level of cooperation even if political cooperation was in bad shape because of migration crisis.

How to accommodate this approach into the context of Western Balkan when willingness to cooperate is significantly lower and emotions plays a very important role in policy making? Therefore it is even more important to cultivate the narrative of cooperation and EU integration. What happens if the EU starts to be framed as a bothering institution or one that does not bring real progress? The biggest challenge for the EU is to “fix” its positive narrative in the Western Balkans.

In current international political environment it is foolish to keep the enlargement process towards Western Balkan in “business as usual” mode. Are the decision makers in both the EU and EU member states aware that the integration process turned into empty phrases? How they can expect that Western Balkan countries will develop a narrative of the EU by themselves? As was mentioned above, it is late to expect that suddenly leaders of Western Balkan will start to care about the narrative of the EU without significant political and economical engagement of current EU member states. The migration crisis significantly harmed the EU not because of migrant quota but because lot of politicians came to conclusion that it brings more benefits to blame the EU instead of aiming to find a joint solution.

But still, there is public administration that is trained to cooperate. What did that mean for Western Balkan countries? A lost chance to work together on a shared problem. They realized that it is worth to play a double role and meanwhile focused on taking advantages from the situation that EU needs the region suddenly. This reverse relationship means that ability to develop narrative of integrated EU decreased significantly. Therefore, it is a lost chance and from long term perspective this has decreased credibility of the EU, perhaps not among citizens but among those who are responsible for developing the narrative – decision makers.

[BSF] [EWB] Will there be territorial exchange between Serbia and Kosovo? 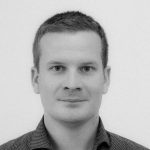