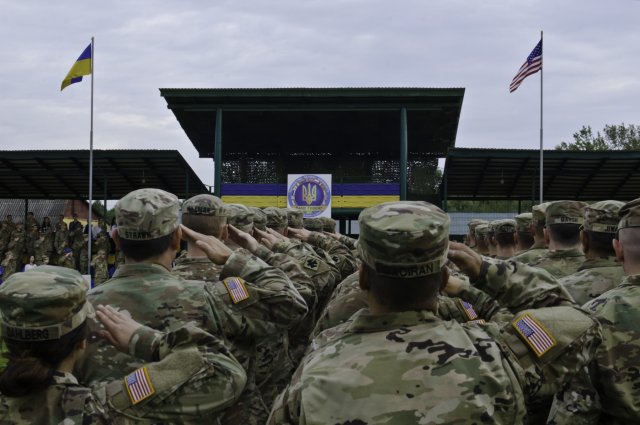 Participation of Moldovan troops together with United States armed forces created a political crisis in Moldova this month, which stems from political cohabitation between pro-western Government and pro-Russian president Igor Dodon.

Dodon attempted to bar the Moldovan government from sending troops to the currently ongoing Rapid Trident 2017 drills. In a public statement made on his official Facebook page on September 5, he said that he has canceled the participation of a Moldovan contingent in aforementioned exercises and that he has rejected an official request by the Moldovan Defense Ministry to send the troops to the drills. “We do not accept involvement by Moldovan servicemen in military exercises beyond the national borders”, Radio Free Europe quoted Dodon.

After the 57 soldiers left to join USA-led military drills in Ukraine despite his wishes, he started demanding the dismissal of acting Defense Chief Gheorghe Galbura, and punishment for any others responsible for the deployment for “violating the order of the supreme commander of the armed forces“, Radio Free Europe reported.

Dodon said that in a presiedential country, the Prime minister would resign the same evening, and added: “We’ll get to that, nothing is forgotten.”

Dodon said at a news conference convened for this situation that he has signed an executive order as commander in chief which prevents  any serviceman to go abroad without prior agreement of the president of the country.

Earlier this year, Dodon also said that he was against NATO opening a planned liaison office in the capital Chisinau.

Dodon is widely regarded as Putin’s ally and is a staunch supporter of closer ties with the Russian Federation.  In his electoral campaign in 2016 he even promised to break Moldova’s trade agreement with the European Union and join the Putin-dominated Eurasian Union.

Moldova is a part of the North Atlantic Cooperation Council since 1992 and the Partnership for Peace programme since 1994, has contributed troops to the Kosovo Force (KFOR) since March 2014 and has also, just during this year, received 4.5 million Euro from the Alliance.

International military exercise Rapid Trident 17 is taking place September 8-23, at the International Peacekeeping Security Centre near Yavoriv, Ukraine, and involves up to 2,500 personnel from fourteen nations.

Plenković: Slovenia and Croatia to resolve the dispute bilaterally