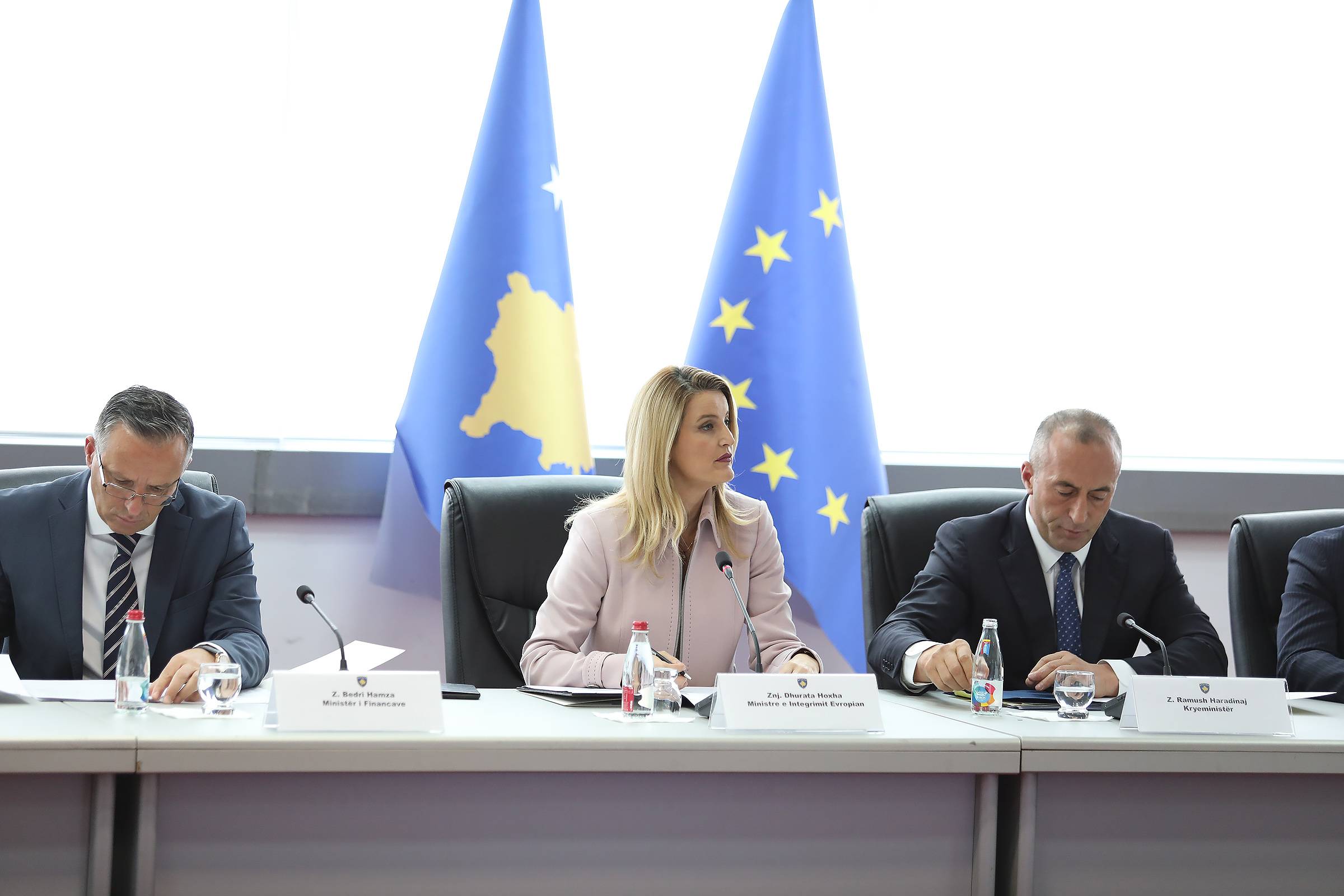 The topic of discussion was European integration process of Kosovo, namely, implementation of the European Reform Agenda (ERA).

“Recently, I addressed my colleague ministers, I sent letters to them and I referred to the demands of the European Reform Agenda that derive from the SAA, which for us are mandatory. Kosovo needs within the upcoming timeframe to implement these duties. Ministers should conduct accurate reporting, as well as other institutions that were assigned the duties, so that we can prove that the implementation of the SAA is a process that is happening,” Prime Minister of Kosovo, Ramush Haradinaj stated.

Whereas, Minister Hoxha emphasized the importance of the European integration process and stated that this is not an alternative but it is the only path we have chosen and we must perform our duties in order to progress. In this regard, our priority is to fulfil the obligations deriving from the European Reform Agenda, stated among others, Minister Hoxha.

Regarding the EU Programs, after the entry into force of the Framework Agreement, Minister Hoxha stressed that Kosovo institutions have taken the decision to apply for membership in 4 programs.

“I will make sure that all the necessary steps are taken in order to conclude the negotiations for membership in ERASMUS, COSME, Europe for Citizens and Creative Europe. Participation in these programs will bring students, academia, businesses, civil society as well as artistic and creative community closer to the European Union,” said Minister Hoxha.

Minister Hoxha also spoke about the Stabilization and Association Agreement through which Kosovo for the first time entered into contractual relations with the European Union, and this should be considered not only a success, but also as an incentive so the same can be implemented successfully, so Kosovo can continue its path towards the European Union. Also, the entry into force of the Framework Agreement for Access to EU Programs, which also opened the doors for further cooperation and reaffirms the European Union as the largest development partner for Kosovo.

EP to discuss media situation in Serbia and Western Balkans