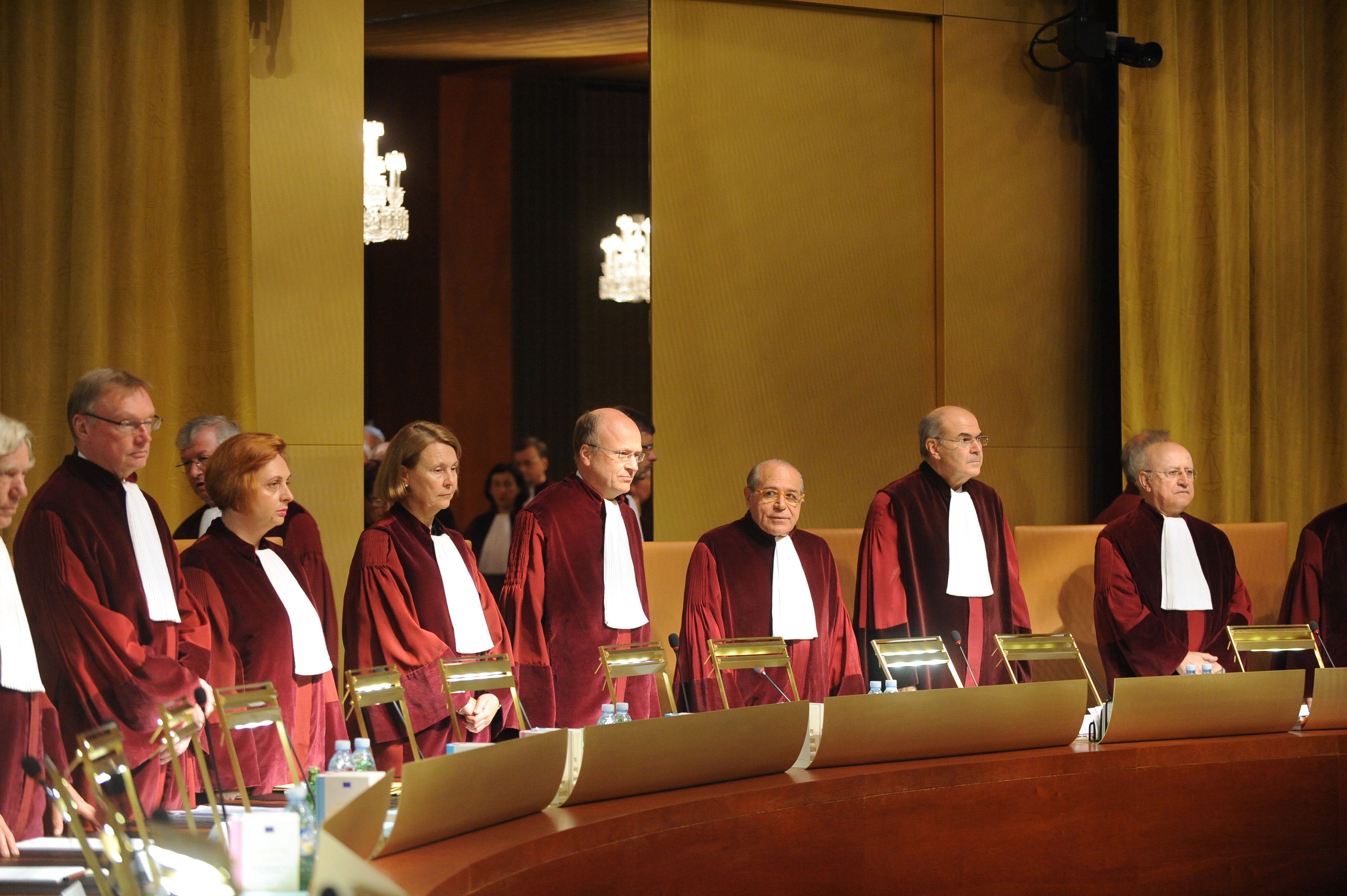 The Judges of the Court of Justice of the EU; Photo: European Commission

LUXEMBOURG – The Court of Justice of the European Union has recently issued a verdict in favour of the Swiss franc loan borrowers. It is binding on all EU member states, as well as those countries that are in the process of EU accession, including Serbia and Montenegro, Dnevne Novine reports.

The court found that the Swiss franc currency clause was harmful, and that financial institutions, as well as commercial banks, were obliged to inform consumers of all economic consequences.

The European Court of Justice handed down its judgment on Wednesday in the case of Ruxandra Paula Andriciuc and Others against Romanian lender Banca Romaneasc.

In 2007 and 2008, Andriciuc and others, borrowed money from the Romanian bank, Banca Romaneasca, in Swiss francs (CHF) while receiving a salary in Romanian lei (RON). The loan agreement stated that the borrowers would have to repay the loan in CHF and bear the risk of any currency fluctuations between the RON and CHF.

The exchange rate then changed considerably, at enormous cost to the borrowers. Between mid-2007 and mid-2011, the lei’s value halved against the Swiss franc. They sued in the Romanian courts, claiming that the term in the contract stating that the repayments must be made in CHF did not fairly depict the potential risks involved.

The main argument put forward by the borrowers was that, “at the time of conclusion of the contract the bank presented its product in a biased manner, only pointing out the benefits to the borrowers without highlighting the potential risks and the likelihood of those risks occurring,” the ECJ disclosed in a press statement.

The Romanian Court of Appeal then sought clarification from the European Court of Justice about “the extent of the obligation on banks to inform clients of exchange rate risks related to loans denominated in foreign currencies.”

The ECJ recalled the requirement that contractual terms be in intelligible language, clearly stating how any loan agreement should operate. The judgement set out two criteria that banks must meet: Firstly, banks must clearly inform borrowers of the foreign exchange risk which could make repayments difficult. Secondly, banks must go further and explain what any possible exchange rate variations will mean to a borrower, especially in situations where the borrower does not receive a salary in that currency.