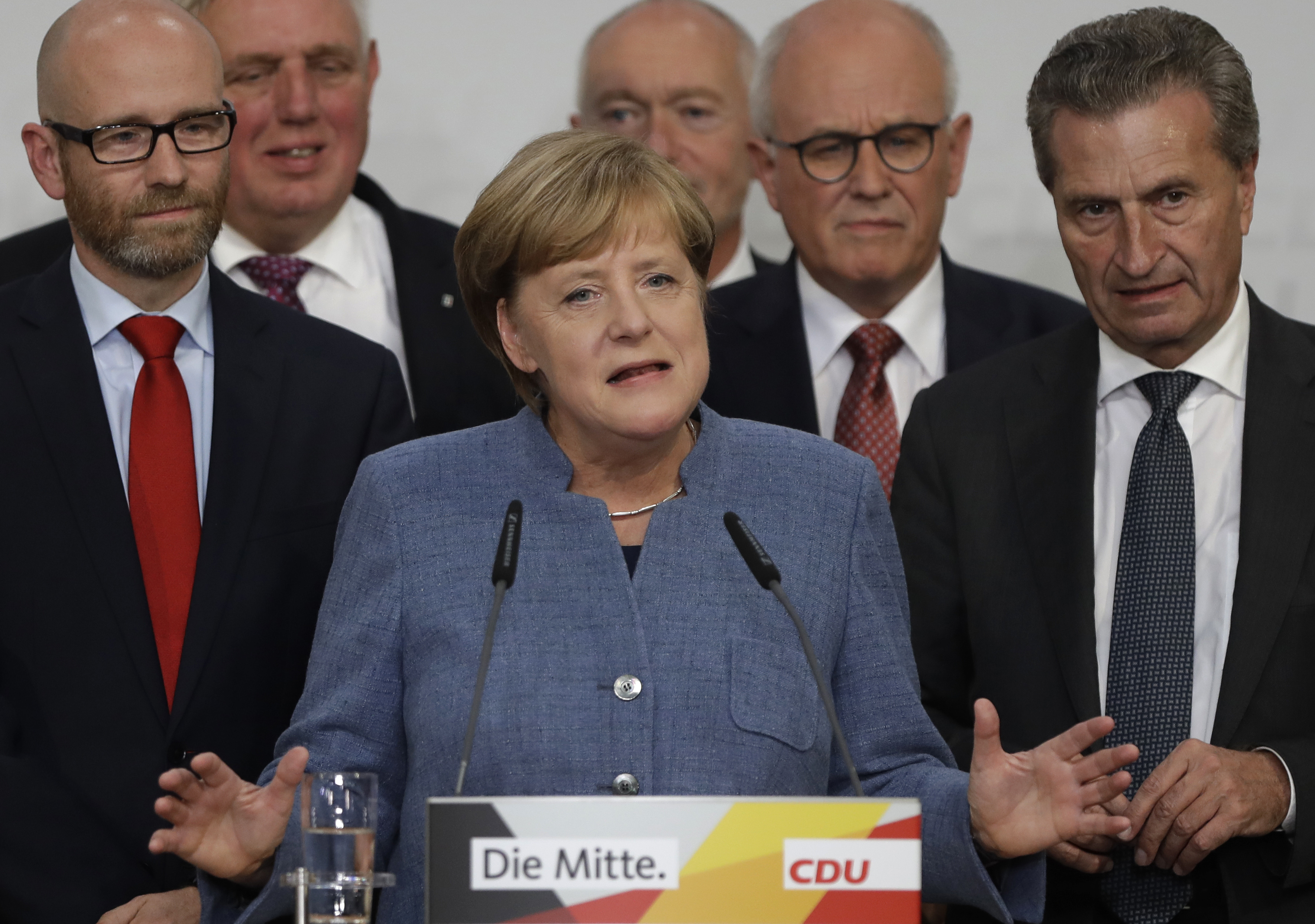 BERLIN – “After 12 years of being responsible for the government, the result we had today is really not something you can take for granted. Naturally, there’s a challenge facing us for the future, and that is that the AfD has made it into parliament,” said Angela Merkel to her supporters after preliminary results.

According to the official exit polls, Merkel’s CDU won 33,5%, while SPD scored a historically low result – 21% of votes.

However, the populist Alternative fur Deutschland (AfD) took third place in the election with 13% of votes, and it will enter the Bundestag for the first time in half a century.

The SPD leader Schulz told supporters said he will not be going back into coalition with Angela Merkel – that means the CDU are likely to form a coalition with the liberals and the Greens, the so called “Jamaica Coalition” because the colour of the parties matches the countries’ flags.