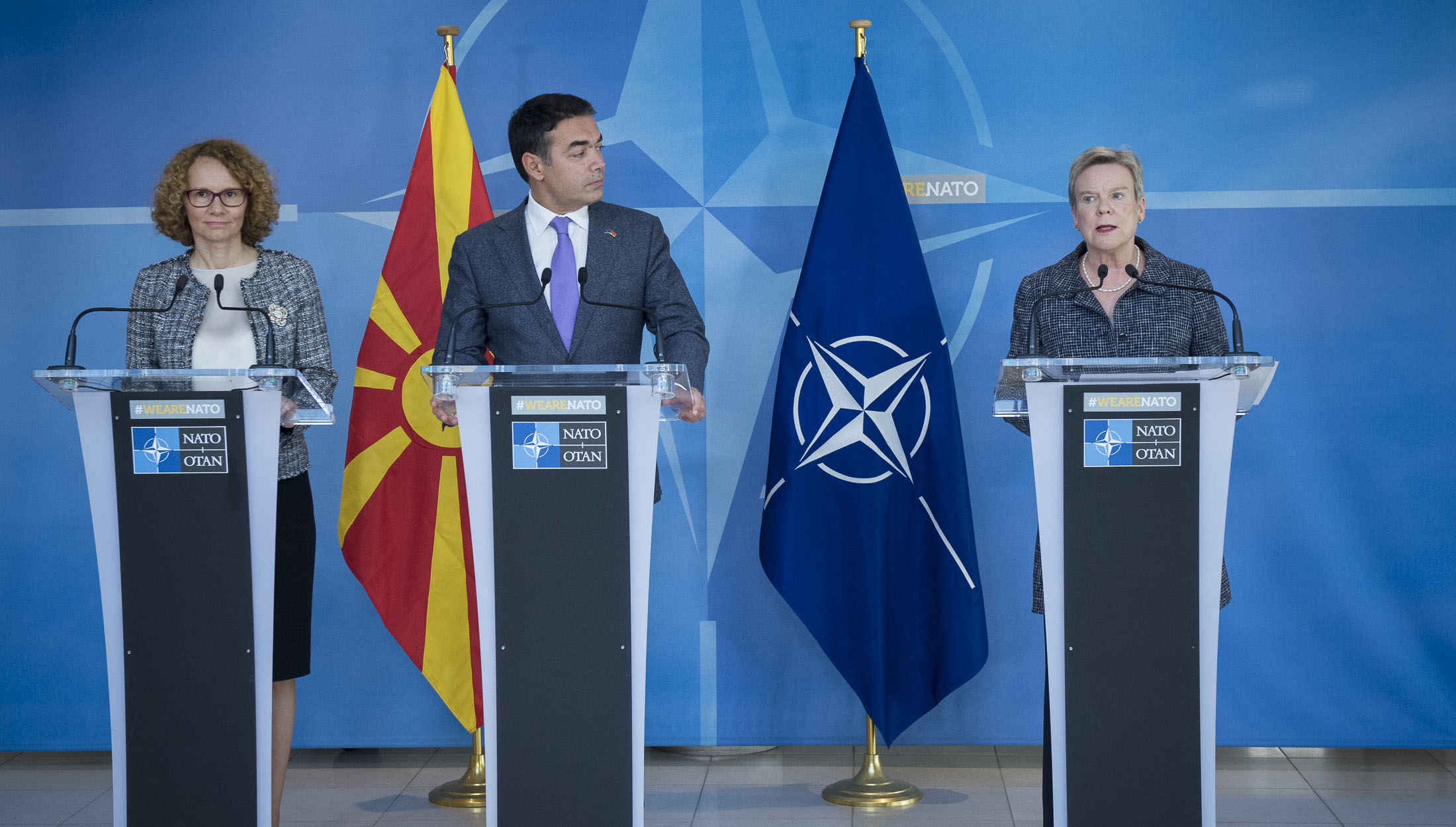 BRUSSELS – NATO’s door remains open, and NATO will continue to support Macedonia on the path toward membership in the Alliance, said NATO Deputy Secretary General Rose Gottemoeller after she welcomed Macedonia’s Foreign Minister Nikola Dimitrov together with Deputy Prime Minister and Defence Minister, Radmila Šekerinska to NATO headquarters on Wednesday.

They discussed the importance of stability and security in the Western Balkans, the political situation in Skopje, and the progress being made on reform efforts by the new government.

Gottemoeller expressed NATO’s gratitude to Macedonian government and people for being a valued partner of NATO.

“Your troops have been serving with dedication in Afghanistan. Allies are very grateful for their service, and for your country’s support and commitment,” said Gottemoeller.

She added that an important progress was made in Macedonia since the new government was formed and that there are new reforms to be implemented.

“Reforms that strengthen good governance, the rule of law, and good-neighbourly relations in your multi-ethnic society will be of enormous benefit to all of your citizens. We know that this is a challenging and ambitious reform agenda. We understand that progress will take time and effort. But we also know that reforms will be of the benefit to your country as you pursue your Euro-Atlantic goals and aspirations,” explained Gottemoeller.

She said that NATO has been engaged in the Western Balkans for two decades and that  NATO wants to see Macedonia achieves its aspiration to be successfully integrated into a stable, secure and prosperous region.

“We are delighted that Montenegro was recently welcomed as the 29th member of our Alliance. Taking its place at the table, with the same rights and responsibilities as all the other NATO members. This is a clear signal that NATO’s door remains open, and NATO will continue to support your nation on the path toward membership in the Alliance,” concluded Gottemoeller.