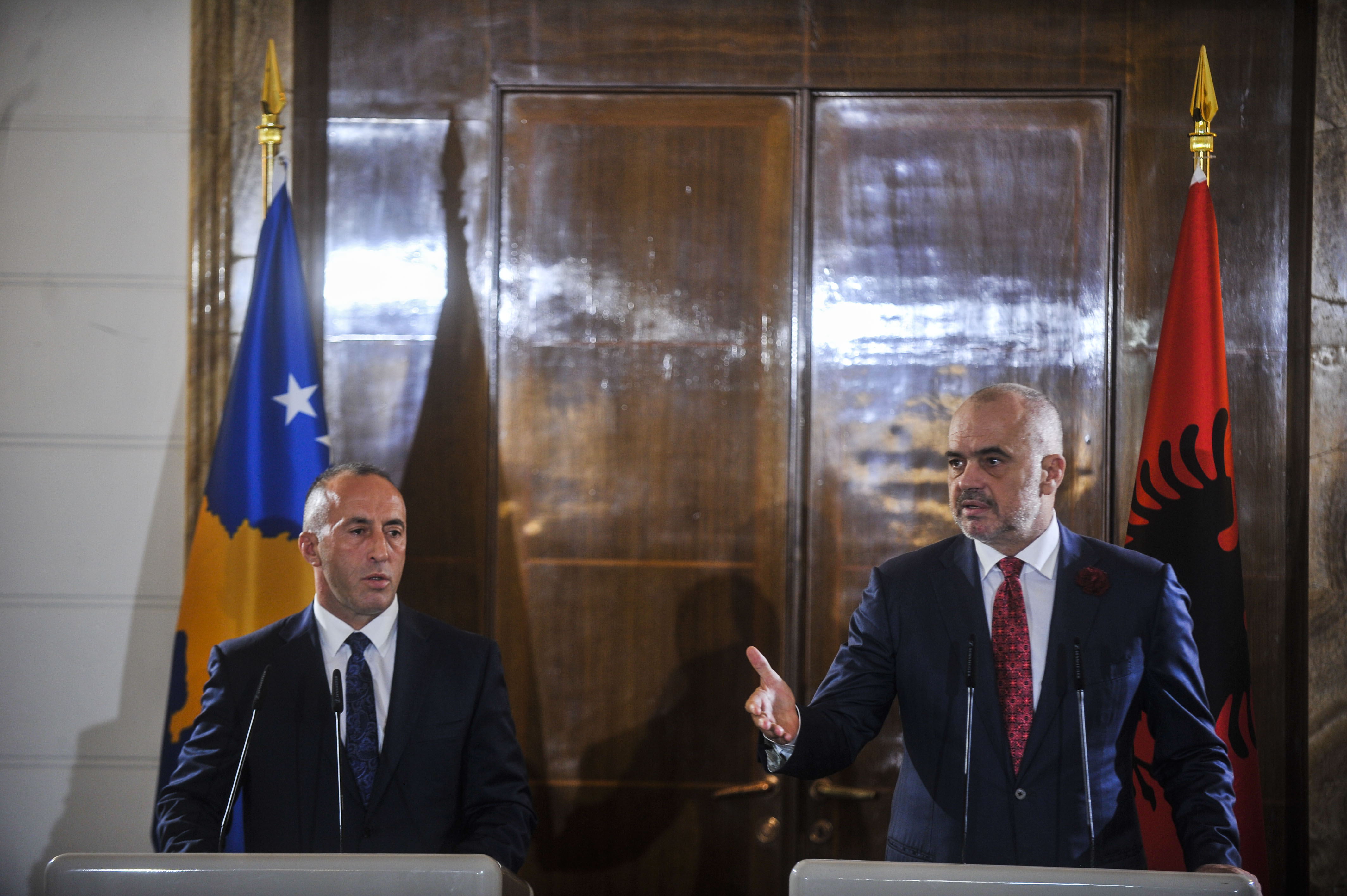 Haradinaj and Rama; Photo: The Office of the Prime minister of Kosovo

TIRANA – Prime Minister Edi Rama received his Kosovo counterpart Ramush Haradinaj, who started an official visit to Tirana on Wednesday, on his first trip since he took office earlier this month.

After the official welcoming ceremony the two prime ministers held a bilateral talk, followed by an expanded meeting of the two government delegations.

The agenda of Haradinaj’s visit to Tirana continued with the inaugurating meeting of the commission tasked with organizing a series of activities to mark ‘the nation-wide Skanderbeg Year’ – the 550th anniversary of the Albanian national hero’s death, to which the Albanian government has dedicated 2018. The meeting was chaired by the prime ministers of Albania and Kosovo.

Addressing the meeting, PM Rama said the nation-wide Skanderbeg year should provide the foundations for a necessary new approach for the nation’s image around the world.

The visiting Kosovo government head Ramush Haradinaj noted in his remarks that Kosovo has enjoyed and felt Albania’s support during all stages along its difficult path.

“We are pleased to be given the opportunity of being together during this year of common commitments, during this year devoted to the figure of a man who has always made us proud, Gjergj Kastriot Skenderbeg,” Haradinaj said.

Having congratulated Haradinaj on creation of the new govt. of Kosovo as well as on his appointment as PM of Kosovo, President Meta expressed his commitment to close cooperation with Kosovo institutions in the interests of further international recognitions as well as strengthening of European prospect.

Meta availed himself of the opportunity to praise PM Haradinaj and the new govt. of Kosovo for their willingness to continue dialogue with Serbia as a process without alternatives and to the benefit of peace and stability in the region.
President of Albania stressed the importance of regional cooperation as the key to promotion of stability, security and peace all across the region, adding that the Berlin Process is a great opportunity to increase regional cooperation and accelerate our common European prospect.

Meta appreciated the relations of NATO with Kosovo highlighting the importance of maintaining a substantial presence of KFOR to guarantee a safe environment in Kosovo and throughout the region.

O’Connell: Demarcation is a bilateral issue of Kosovo and Montenegro

EU, US lack of pressure enabled state capture in Bosnia and Herzegovina