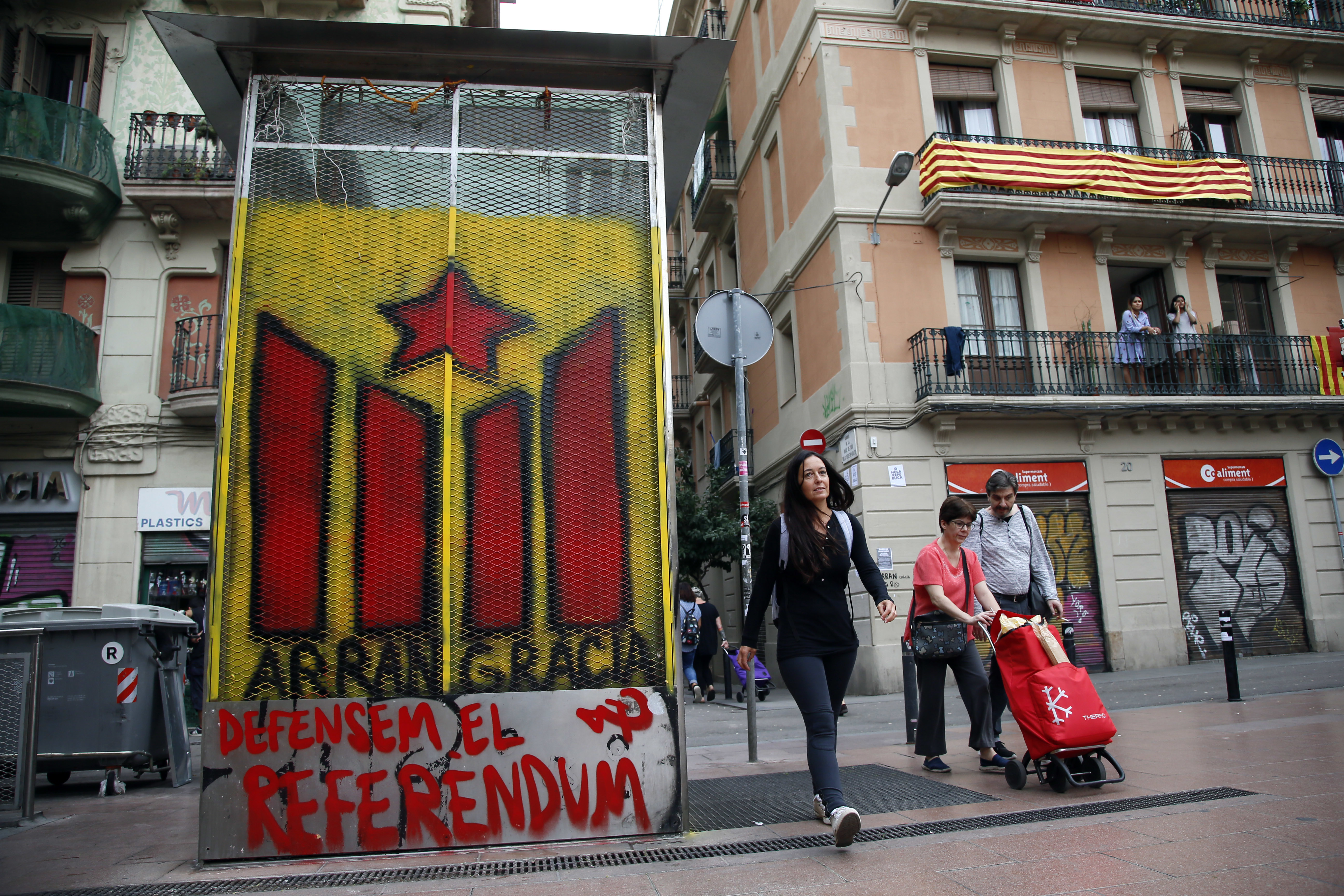 BARCELONA – Supporters of Catalonia’s independence are preparing to vote on the referendum for the independence of the Spanish province tomorrow, which the Madrid government regards as illegal and is trying to prevent it at all costs.

Thousands gathered in the Spanish capital today in support of the unity of Spain, and some demonstrators have called for the arrest of Catalonia’s leader, Carles Pugdemon.

On the other hand, Carles Puigdemont promised that the referendum on the independence of Catalonia, a rich north-eastern province of 7.5 million people, would be held, although the Spanish court ruled that it was unconstitutional.

The conservative government of Spanish Prime Minister Mariano Rajoy also considers the referendum illegal and promised to do everything in its power to bury him, AFP reports.

Namely, Madrid activated all the legal remedies available to disable the vote, with the police confiscating millions of ballot papers and other material needed for voting, while the key members of the team that organized the referendum – were arrested.

The Election Monitoring Committee has been disbanded, and thousands of police officers have been deployed to block entry to the polls.

The Catalan newspaper “LaVanguardia” reported today, citing Radio RAD1’s claims that the Spanish police had entered the telecommunications and technology center of the Catalan government, but the police did not confirm the raids, said Reuters.

On the other hand, Catalan officials say they plan to hold a referendum, regardless of everything, and those who support them “defend” polling stations with various activities.

After the night spent in some schools selected for polling stations, the residents of Barcelona, supporters of the referendum, organized various activities to that end.

Thus, yoga sessions, film screenings and social gatherings are organized at some of the 2,315 polling stations, where voters are also present, in order to prevent the police from closing the polls, AP reports.

They also joined farmers who, in the columns of tractors that flared the Catalan flag, gathered in Catalan cities in support of a referendum on the independence of the Spanish province.

The Catalan police received an order to vacate all buildings by Sunday morning, cops were advised to refrain from using violence, and that about 17,000 police officers would respond to this order as the key to the success or failure of the planned referendum.

According to the results of the survey, the vast majority of Catalan citizens, despite the deep divisions over independence, are eager to go to the referendum and finally resolve the issue.

The previous leader of the Spanish province, Artur Mas, organized a non-binding referendum in 2014, with about 80 percent voting for secession from Spain.

The Spanish government has promised to halt the referendum.

However, according to a law passed by a local parliament, Catalan leaders say they can declare independence from Spain within 48 hours of voting.

More funds for the Western Balkans in the EU 2020 Budget