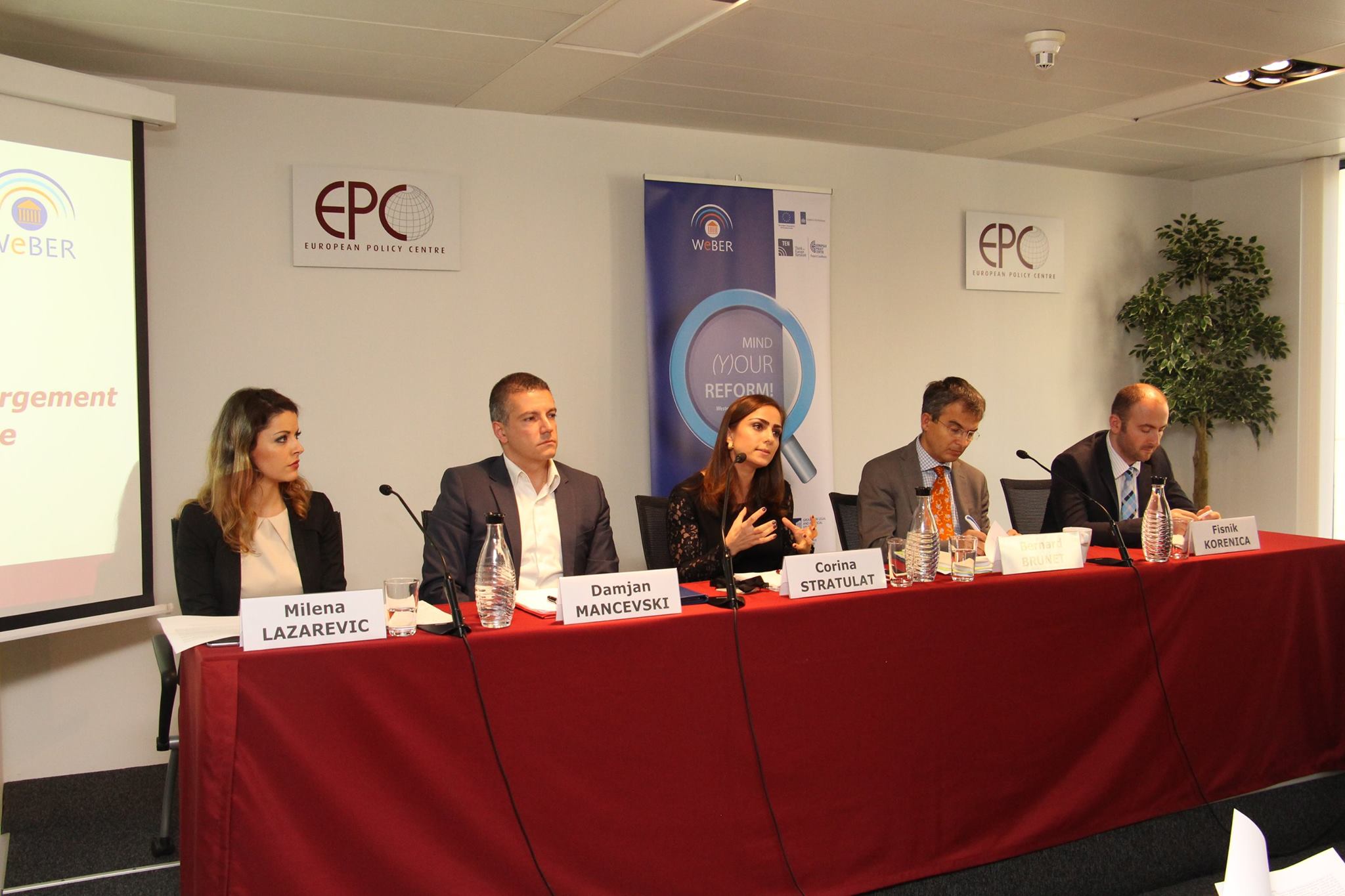 BRUSSELS – The European Policy Center (EPC) held on October 3rd in Brussels an event titled “Public administration reform and EU enlargement: the Balkan civil society perspective”, which assessed the importance of involving civil society organisations in Public Administration Reform (PAR) in the Balkans. The panel of experts showed the importance of inclusiveness and transparency of the policy dialogue on PAR at all levels. The event was moderated by Corina Stratulat, Senior Policy Analyst at the European Policy Centre and a member of the Balkans In Europe Policy Advisory Group (BiEPAG).

Bernard Brunet, Head of Unit Thematic Support, Monitoring and Evaluation, DG NEAR of the European Commission, underlined the importance of a regular policy dialogue between the European Union institutions and civil society organisations and stakeholders of the Balkan countries. According to Brunet, “consultations with civil society promote EU values such as openness and inclusiveness”. There are several evident benefits of involving civil society in PAR – said Brunet – including making legislation and reforms more relevant, more inclusiveness and sustainability to reduce potential politicization and conflicts in policy-making. He added that PAR is a fundamental part of enlargement that should begin before the application for EU membership.

The Minister of Information Society and Administration of Macedonia, Damjan Manchevski, also talked about the benefits of cooperation with the civil society sector, referring to the situation in Macedonia. “Before – he stated – over 70% of legislation in Macedonia was adopted through urgent procedures, with no dialogue”. Afterwards, the government started “to involve as many people as possible in the decision-making process, rather than try just to impose decisions” with the consequence of obtaining more fruitful outcomes, he claimed.

She also spoke about European Commissions’ role in helping the administrations in the Balkan countries comply with the EU requirements in relation to public participation and civil society inclusion in PAR.

“We need the administrations in the Balkans to learn and to adapt during the pre-accession period, with the help of the Commission,” stated Lazarević, adding that “administrations need to develop transparency and good service delivery, in order to get closer to the citizens.”

Lazarević presented the main achievements of the WeBER project related to civil society capacity building in the area of public administration reform. She also spoke about the regional consultative mechanisms established as part of the Project, emphasising that “the WeBER Platform now gathers 22 strong CSOs within the regional level platform, and over 100 local CSOs as members of the National Working Groups on PAR in the 6 Western Balkan countries. It is our task and a challenge to build the capacity of the civil society in this highly complex area,”  she added.

She concluded by highlighting the importance of proper information of the wider public, because the entire society needs to understand the value of public administration reform.

Referring further to the WeBER project, Fisnik Korenica, Director of GLPS from Prishtina, highlighted the importance of WeBER’s work, stating that “united under WeBER, civil society is stronger and has a voice in Brussels. Now DG NEAR knows us and we are better able to keep each other informed in this area,” Korenica concluded.

As part of the discussion, the participants made a number of suggestions and proposals for opening and increasing the transparency of the PAR policy dialogue between the European Commission and the Balkan governments.

In the aftermath of the panel, European Policy Centre (EPC – WeBER partner in Brussels) published a policy brief, co-authored by Milena Lazarević and Corina Stratulat, making the case for a more forceful and more structured approach towards the involvement of civil society in the work of the PAR Special Groups in all countries aspiring to join the European Union.