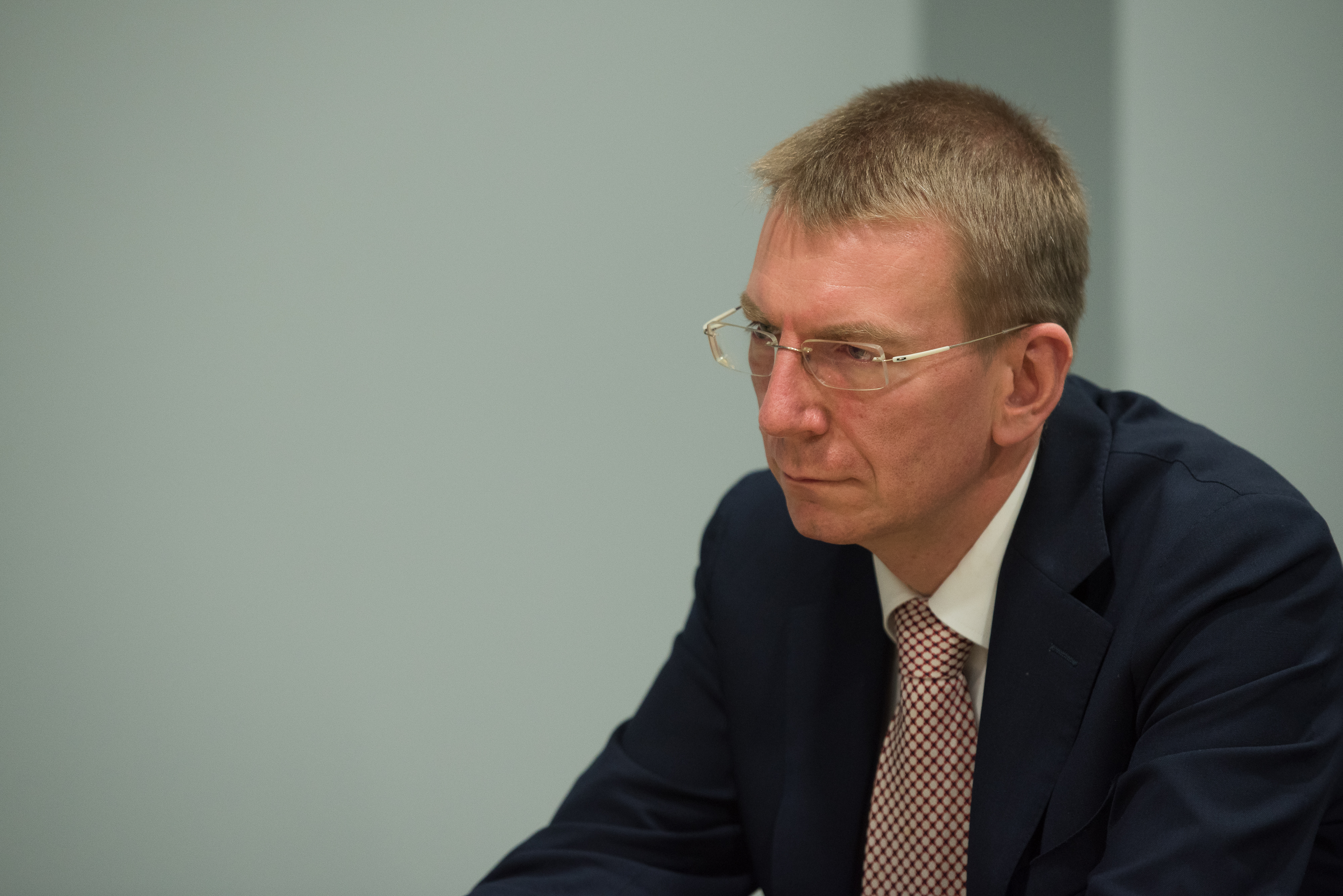 During the Riga Conference 2017, portal European Western Balkans spoke with Edgars Rinkēvičs, Minister of Foreign Affairs of Latvia. We spoke about the EU integration of the Western Balkans, Montenegro’s accession to NATO and Russian influence in the region.

European Western Balkans: What is the position of Latvia regarding the EU integration of the Western Balkans? Recently we heard President Juncker saying that Montenegro and Serbia are front-runners in this process and that the EU can see them as members by 2025.

Edgars Rinkēvičs: First of all, we do support the process of EU enlargement, because we believe in it from our own experience. While we were running for both EU and NATO membership in the 1990s, it was beneficial for two reasons. First, it was beneficial for our own development – the reform process, political, economic and social justice system reform. Second, we do believe that EU enlargement is also bringing stability in the broadest sense possible. Remembering what happened at the end of 1980s and particularly in the 1990s in the Balkan region, we do believe that if countries of the region are ready and they have both filled out criteria and implemented reforms, and if we all agree in the European Union – currently at 28, soon to be 27, then we should continue with this enlargement.

EWB: When Latvia tried to become a member of the EU, you had to fulfil all the Copenhagen criteria and to align with the acquis. But somehow in the Balkans everyone forgot about the Copenhagen criteria, and it seems that nobody from Brussels cares about the rule of law, human rights and rights of minorities in the Balkans. For them, somehow “checking boxes” of the European acquis is much more important than what happened in these countries.

ER: I cannot fully agree with you on this. I think that we do have chapters in the accession process that are directly linked to the rule of law issues, judiciary reform and human rights. By the way, also the understanding of human rights has evolved. If you compare the acquis back in the 1990s with the acquis in 2017, there are some differences. There is also the overall understanding of human rights, equality issues, which are also evolving in the EU.

I would even say that we are not all on the same page on many things within the Union. So, from that point of view, I disagree that this is “checking boxes”. Look what happened in Macedonia recently with the election process and then formation of the government. I think that you have seen quite active involvement also of Commissioner Hahn, you have seen Federica Mogherini working with leaders of political parties and with the wider neighbourhood.

From that point of view, my take would be that there is one larger issue. That larger issue is also what people from the Balkans probably feel. I would also say that the same would apply at some point in the past to the Baltic States – “We will pass xyz number of laws, we will check boxes, we will happily report to Brussels through the mechanisms that we have done everything and passed all the good laws, and now, please, accept us.” The trouble is that after passing these laws, there is also the implementation, and that is where we sometimes feel issues, not only in the Western Balkans, but also with the Eastern Partnership nations.

ER: For us, there are some issues. One is that all the candidate countries do implement the acquis. We asked the Commission for the report and they think that the progress has been sufficient. Whether it is the judicial sector, finances or economy.

Regarding the second question, yes indeed. It is of utmost importance for us that all candidate countries do align themselves with the foreign and security policy of the EU, particularly after 2014 and particularly after the illegal annexation of Crimea. And we know that there is one country that has not done that – Serbia. That would be a huge debate here if there would be a recommendation by the Commission to end accession process and to start already the admission of Serbia, if this country would continue the policy of non-alignment with the foreign and security policy. That is what I have said to the candidate countries, and what I have said to the press recently.

EWB: Montenegro recently became NATO member state. Do you think this membership will contribute to the stability of the Western Balkan region, given the fact that there is an increased Russian presence in the region?

Second, I do believe also that the contribution of Montenegro to NATO operations is as important as the contribution of any other NATO member state. For instance, Latvia is not a big country with enormous military assets and many soldiers. But I think that what we have seen is that our resources through common NATO operations are contributing to the common security, we are like Montenegro, for instance. We are not just consumers of security, we are also providers. From that point of view, I think that Montenegro is doing really great.

EWB: The EU and NATO accession in Central and Eastern Europe somehow went together. But there are some states, such as Serbia which declared military neutrality, that do not desire to become members of NATO. From your perspective, does this represent an obstacle for EU membership?

ER: No, not at all. I think that we should respect the decision of Serbia not to seek NATO membership. I do not believe that we have any right to dictate any government on what their security policy should be. For us, NATO and EU memberships were complementary for many reasons, but we respect the decision of any government, whether it is the Balkans or in the eastern neighbourhood of the EU.

ER: I think that there are some similarities and some differences. I do agree that Russia is trying to use its influence – economic or information warfare tools, propaganda tools, or religious organisations. We have an Orthodox Church and we know that they are very much linked to the Russian Orthodox Church, and we also know that Russian Orthodox Church is very close to the government. We have also seen economic and trade relations. When the Soviet Union collapsed, the Baltic states were heavily dependent on Russian energy and trade. This has changed. We have also seen attempts to invest and to make more economic ties with the Balkan nations.

The difference is that I still believe that it is harder and more difficult for Russia to play games with EU and NATO member states than with the state that is still not part of the club – be it NATO or the EU. The EU has its regulations. EU’s soft power has shown its might, especially in 2014. We still have many issues when it comes to the economy and when it comes to political discussions, how to continue to build our Union. But still, I believe that to some extent we are still better protected from the attempts to directly influence us.

The (potential) road to comprehensive normalization between Belgrade and Pristina