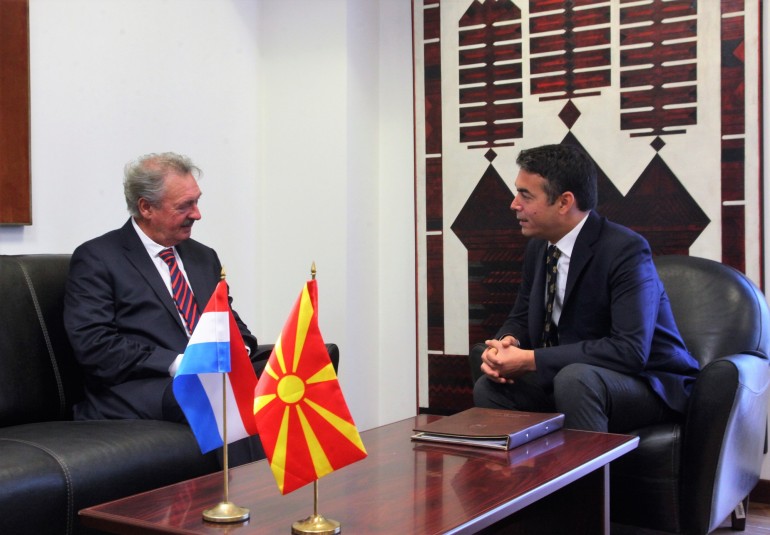 SKOPJE – I cannot say when the negotiations on Macedonia’s membership in the European Union will start, because the EU is more complex than the Balkans, said Luxembourg Foreign Minister, Jean Asselborn, after meeting with his Macedonian counterpart, Nikola Dimitrov, at the Macedonian Ministry of Foreign Affairs.

Asselborn explained that the European Commission can propose the start of negotiations with Macedonia, but for that to happen, the EU Council must unanimously make the decision.

“In 2005, I was sure that in 2015, we would see Macedonia and all the countries in the region in the European Union. But the mistake is not only Brussels, but also countries that have not met the Copenhagen criteria”, Asselborn said.

When asked about the division in the EU in terms of support for Nikola Gruevski, Asselborn said that he is not Viktor Orbán, although both are officials from member states of the European Union.

Macedonia Foreign Minister, Nikola Dimitrov pointed out that Asselborn’s visit is an important moment both for Macedonia and the region.

Dimitrov underlined that the visit of Asselborn is made at an exceptionally important time for the Macedonian Government and for Macedonia in general, and is seen as a clear indicator of the interest and support extended by this well-established friend towards Macedonia.

“A strong determination was born from the crisis to make Macedonia a genuine European democracy”, Dimitrov said.

The resoluteness to build a modern, free and democratic society in Macedonia is clearly reflected in the Government’s total dedication in the implementation of the reform steps outlined in the 3-6-9 Plan.

Asselborn, on the other hand, assured his Macedonian counterpart that Luxembourg will continue to support the EU and NATO enlargement process, voicing strong support for the measures and policies of the Government of Macedonia aimed towards revitalising the country’s European and Euro-Atlantic perspective.

“Many of us in Brussels are pleased by the positive changes observed in Macedonia and we continue to assist Macedonia together for it to become a member of the EU and NATO as soon as possible”.