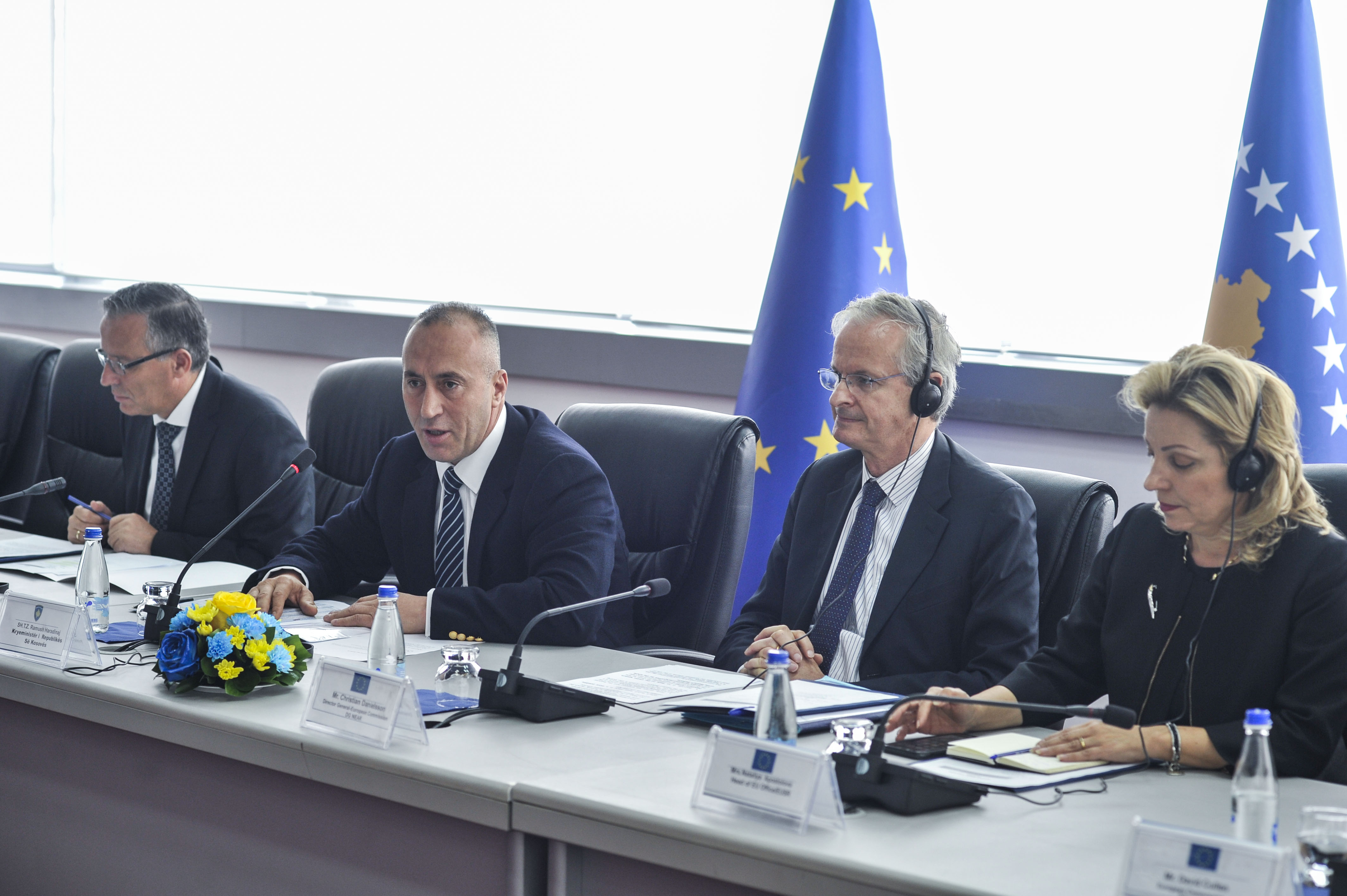 Haradinaj initially held a special meeting in which they talked about the engagement of the Kosovo Government in the European Reform Agenda and the support of this process from Brussels.

After the meeting, Prime Minister Haradinaj and Christian Danielsson jointly participated in a meeting for the official launch of the Economic Reform Program, where were also present ministers of the Kosovo Government, EU representatives and representatives from civil society.

Prime Minister Haradinaj said the new government will be focused on implementing the European agenda, the SAA, and the reform agenda.

“We welcome today’s visit, as we welcome the permanent assistance of Nataliya Apostolova and her team in Pristina. European reforms in Kosovo need not only to be adopted but also to accelerate the process of these reforms. We need to identify the necessary resources and at the same time to confirm our capacity that relations with the European Commission and our role as a partner in these bilateral relations is what is expected of us,” said Haradinaj.

The PM said that the Government, in embedding the European reform agenda that is negotiated and agreed, is ready to launch the economic reform agenda for the coming year and take responsibility for implementing this program.

EC Director General for Neighbourhood and European Commission Enlargement Christian Danielsson stressed the need for Western Balkan countries to make the right reforms in the rule of law and in the economy.

“The Economic Reform Program should stimulate economic development in Kosovo, to create jobs. The program will help design the most credible economic policies and thus improve the lives of the population and aspirations towards the EU,” Danielsson said, adding that the fight against crime and corruption is of utmost importance for Kosovo.

Danielsson made it clear to Kosovo PM that the EU will not lift visas for Kosovo citizens without ratification of the border Agreement with Montenegro.