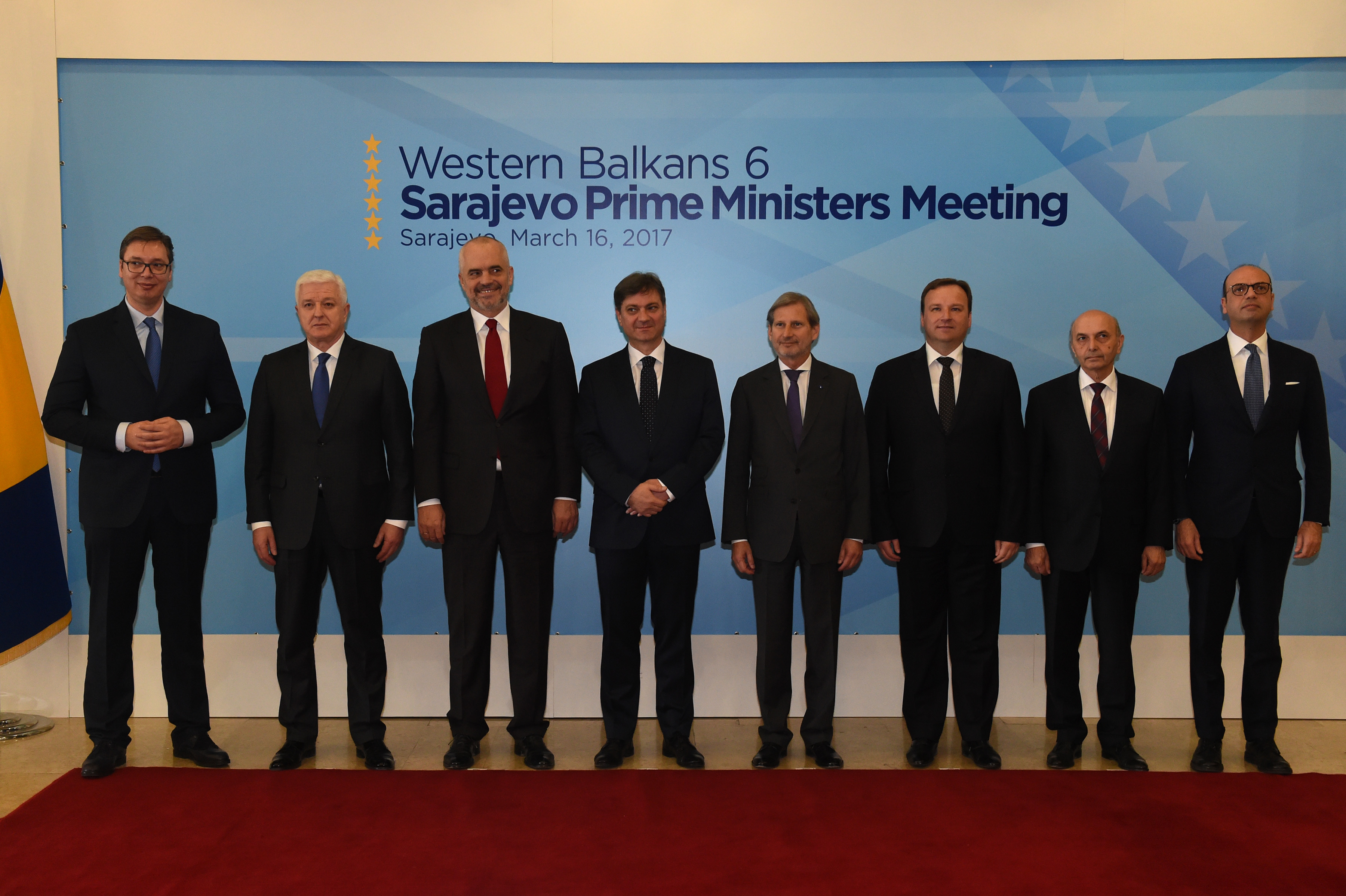 BELGRADE – While the world is facing severe challenges such as increased terrorist threats, and EU is facing refugee and migration crisis, as well as internal disputes, little attention is paid to the Western Balkans, it was stated in the „Basic Instinct: The Case for More NATO in the Western Balkans“, the latest study by the Center for Euro-Atlantic studies (CEAS) from Serbia.

“As a result, the United States’ policy towards the Western Balkans is on autopilot, and across the broad, international actors have lowered their standards and hopes for the region for the sake of stability. Hence, “stabilitocracy”, is the new buzz word linked to the region,” believes Jelena Milić, director of the CEAS and one of the authors of this study, adding that stabilitocracy does not guarantee stability, even in a calm and predictable geopolitical environment.

The CEAS team conducted a broad literature review covering topics including NATO, Euro-Atlantic integration, and cooperation processes between countries in the WB, as well as conducting a series of on and off the record discussions with representatives of think tanks and civil society organizations, independent policy analysts, experts, diplomats, governmental officials and journalists.

It is stated that since the end of the conflicts in Yugoslavia, the countries of the Western Balkans have experienced many problems such as complex and vaguely drafted internal and international agreements, longstanding disputes with their neighbours and incomplete implementation of the transitional justice processes.

When it comes to the EU and NATO membership, only Croatia is a member of both, Albania and Montenegro are members of NATO, while other countries have different degrees of cooperation with the Alliance.

It is also noted that NATO enlargement and EU integration have been crucial factors in supporting the region’s transition from conflict, establishing rule of law, and developing market economies.

It also mentions that Serbia did not adopt all necessary Foreign and Defence Strategic Policy Documents since the existing National Security Strategy is outdated.

“Security sector reform is facing a severe problem, including failure to comply with obligations envisaged by the Individual Partnership Action Plan (IPAP) with NATO, lack of a National Security Strategy, Defence Strategy, and failure to implement transitional justice mechanisms in this area,” reads the report.

The interest of Russia in the Western Balkans is also seen as a challenge to the stability of the region.

It is noted that there is an increasing trend in the number of organisations that advocate direct cooperation of Serbia with Russia and that the number of their activities increased drastically in 2015 when Serbia signed the IPAP.

However, it is stated that relations between Serbia and NATO are continuously improving since 2000.

“NATO remains committed to the Western Balkans, and it is primarily interested in a stable, prosperous and democratic region, as it is a strategic interest of the Alliance due to its geographical proximity,” says Knut Kirste, Political Advisor for Serbia in Political Affairs and Security Policy Division of NATO.

NATO has been present in Kosovo since 1999 through its Kosovo Peace Implementation Force (KFOR). It is noted that the Kosovo police, formed the same year, was the first security system structure and that is now perceived as the most trusted rule of law institution.

Ten years later, Kosovo Security Force was established with NATO’s supervision. However, KSF is yet to become a fully-fledged army.

Key security challenges in Kosovo include political crises, widespread corruption and organized crime, tensions with Serbia and Russian influence. Corruption and organised crime are seen as the main obstacle on Kosovo’s path towards visa liberalization.

“The Kosovo’s Ministry of Foreign Affairs confirms violent extremism and radicalization to be a serious challenge for Kosovo’s internal security and foreign policy, but also states that the financial crisis and the EU enlargement fatigue have changed the political prospects in the EU and NATO countries,” states the report.

Bosnia and Herzegovina, as it is mentioned, is a home to one of the world’s most complicated systems of government. “The Dayton agreement achieved its immediate purpose of ending the bloodshed, but it froze its ethnic divisions in place. As a result, governance is extremely complex, opaque and difficult,” it is stated.

When it comes to the Euro-Atlantic path of the BiH, the Stabilisation and Association Agreement between BiH and the EU came into force in June 2015, while BiH also maintained a significant level of cooperation with NATO through Individual Partnership Program and IPAP.

But, when it comes to Membership Action Plan, it is in a stall, due to the issue with the registration of military equipment.

Regarding the defence reform, it is stated that it has fulfilled its goals by all accounts. Also, the security sector reform resulted in significant improvements in terms of internal security.

“The complicated arrangement of Bosnian and Herzegovina is also reflected through additional setbacks like increased Russian influence and the unacceptable behaviour of the Croatian government and its involvement in Bosnian internal affairs, which spans from rewriting history to promoting of extreme-right values and group,” states the report.

In 2009, Macedonia started the negotiation process with the EU. However, its path towards NATO membership is halted because of the name dispute with Greece. Although, the support for membership remains high.

It is noted that Macedonia has been participating in international peace-keeping operations, such as ALTHEA in BiH, UNIFIL, and ISAF in Afghanistan, for which is stated that it was by far the biggest contribution made to ISAF.

The most important challenges Macedonia is facing are referred to terrorism, transnational organised crime and corruption, regional conflicts and crisis, inciting ethnic and religious hatred.

However, the report suggests that there might be a bigger problem – migrant and refugee crisis.

“According to the data from the UN High Commissioner for Refugees, over 750,000 people transited Macedonia in 2015” states the report, adding that it was overwhelming for the capacities and population of the small country.

Montenegro became the 29th NATO member in 2017, and it is advancing on its path towards the EU.

The report states that security sector reform has intensified since it gained independence in 2006.

“The most significant improvement related to the security sector’s democratic accountability was made possible with the adoption of the 2010 law on parliamentary oversight of the security and defence sector,” points out the report.

When it comes to the relations with Russia, it is stated that Russia used media campaign to try to influence Montenegro’s accession to the NATO. “Despite its efforts and investments, Moscow has made no measurable progress in persuading Montenegro to join its side and it has seemingly lost the possibility of having a strategically significant outlet on the Adriatic Sea,” states the report.

Of all the Western Balkan countries, Croatia was the first to join NATO and become a member of the EU.

Regarding the economic challenges the current government is facing, the biggest one would be the collapse of the retail giant Agrokor.

The situation is not bright regarding international relations, for which is said to be at an all-time low, due to the arbitration issue with Slovenia regarding the Piran Bay, with BiH disagreement about Pelješac Bridge, with Hungary because of the MOL scandal, while the relations with Serbia are traditionally difficult, states the report.

Some of the CEAS recommendations are to increase harmonisation of policies towards the region, prioritise and facilitate support for the comprehensive implementation of transitional justice mechanisms, as well as security sector reforms, and help countries of the WB to asses in due time possible obstacles in meeting the criteria for deeper integration into Euro-Atlantic structures.

Basic Instinct: The Case for More NATO in The Western Balkans is a result of a yearlong study conducted under the CEAS project Continued Fulfilment of IPAP Commitments: Stepping Closer to NATO, supported by the National Endowment for Democracy (NED) in the United States.

Possible Date for EU Accession and the Years Ahead

PMs of Bulgaria, Greece and Romania to visit Belgrade in December

Resolution of bilateral disputes: Year of positive developments in the region