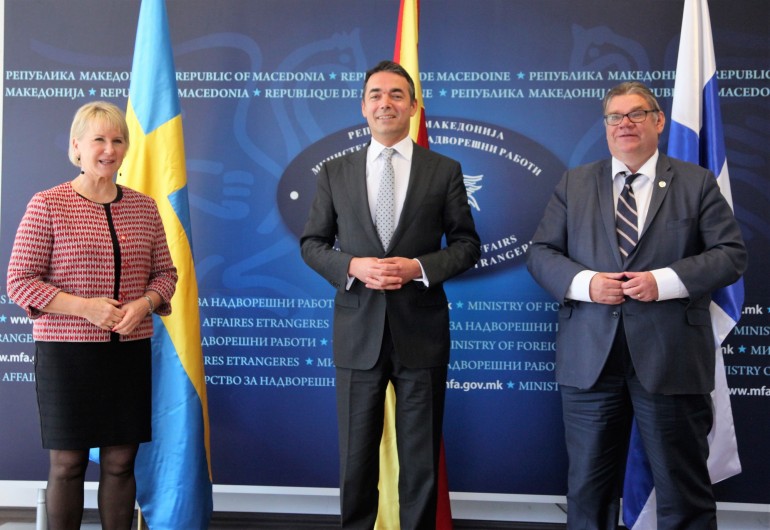 SKOPJE – The future of the Western Balkan countries is in the European Union, stated Swedish Foreign Minister Margot Wallström in Skopje on today, saying that Macedonia should continue with the reform efforts in the direction of the rule of law, freedom of speech and freedom of the media.

Wallström, at a joint press conference with Macedonian Foreign Minister, Nikola Dimitrov and her Finnish counterpart, Timo Soini, said more efforts are needed in the fight against corruption to attract more foreign investors.

Finnish Foreign Minister, Timo Soini, meanwhile, said the fulfillment of EU entry criteria is crucial for the countries of the Western Balkan. He noted that Finland and Sweden were encouraged by the results in that process and welcomed the Agreement of good neighborly relations with Bulgaria.

Macedonian Foreign Minister, Nikola Dimitrov, expressed hope that in 2018, after 25 years of the establishment of diplomatic relations with Finland and Sweden, Macedonia will receive a clear recommendation to start accession negotiations with the European Union. He assessed that there are real chances in 2018 to unblock the Euro-Atlantic perspective for Macedonia.

Palmer: Full NATO membership of BiH is a long-term goal