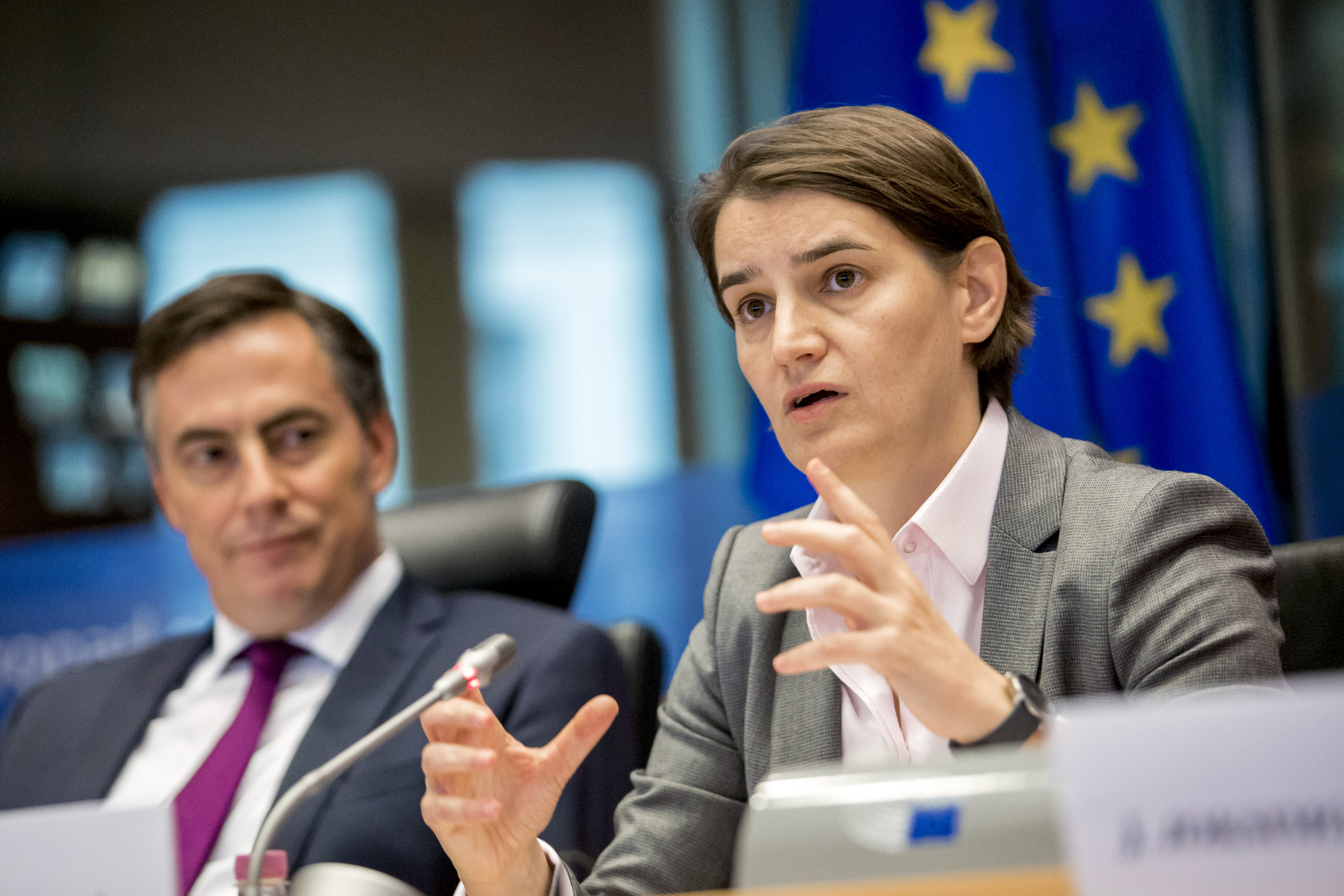 BRUSSELS – The European Parliament hosted an exchange of views with Ana Brnabić, Prime Minister of Serbia. David McAllister, Chair of the AFET Committee, led the discussion on Tuesday.

Brnabić addressed to the members of the Committee on Foreign Affairs. She explained the priorities of the Serbian government.

“My government is committed to run Serbia in a way to reach the EU as soon as possible, but first and foremost, to implement reforms that are not only there to support us to join the EU, but they are there because we want to make Serbia a better place to live in,” stated Brnabić.

She also added that thanks to the good work of the previous government, Serbia has now a strong a solid base and it can start thinking about the growth.

She explained that for digitalization in particular, Serbia has a huge potential.

“Digitalization means more than IT, but the implementation of IT in different industries, such as agriculture, construction, medicine, research, development and creativity industries. In Serbia, the IT industry is the fastest growing industry. It grows about 10% annually,” Serbian PM stated.

Brnabić talked about 3 key pillars necessary to join the EU: economic development and macroeconomic stability, public administration reforms, the rule of law. She said that the Serbian government has done a lot for the first two pillars, whereas it is necessary to work on the third pillar.

“These reforms are essential for joining the EU, but they also represent the foundation stones for the long-term development of Serbia” she added.

“Firstly, we want these reforms because of ourselves, and secondly because all of these reforms are important for our citizens and our businesses,” she explained.

“We want to do our job so when we are ready to join the EU and when the EU is ready to open its doors to new members, we will be an equal member of the European family of nations,” she emphasised.

“We have done a lot in the past 3 years to make our country economically stable, but we cannot enjoy the benefits if we are in an unstable region. If there is more stability in the region, more investors will come to Serbia,” Brnabić concluded.