*Op-ed by Aleksandar Jovanoski, speaker at the panel “What if the Western Balkans never becomes part of the EU” on the Belgrade Security Forum 2017.

Against the relative progress in Western Balkans during the past decade, recent regional and international reports voice serious concern on the downfall of democratic values and return to populism and nationalistic rhetoric in the region. In addition, annual reports published by European Commission (EC) provide for backsliding in rule of law, thus posing serious questions on the success of the transition from post-communist countries to members of the European Union. Implemented reforms, modernisation of institutions and society had noticed reversible trends, thus questioning future developments in Western Balkans.

Reflecting on the topic, what if the Balkans never become part of the EU, reality should be recognised and applied when analysis the potentiality of this scenario. This renowned interest by the European Union, expressed in the so-called 2025 Strategy on Serbia and Montenegro accession to the EU, is a reality that cannot be abandoned as a variable when discussing the scenario. Furthermore, Trieste Summit conclusions, on the region, seem to remind Western Balkans leaders on the need for regional integration by fostering own capacities and ownership on the reforms for further democratisation and well-being of the region. Thus, considering the above, the objective is to assess the ‘worst-case-scenario’ of non-integration, by using empirical evidences from the research conducted by EPI and its regional partners on monitoring the overall progress of the region.

To continue, even if Western Balkans countries never become part of the European Union, still crucial rule of law/democratic reforms are key for ensuring prosperity and sustainability of the countries on long run. The emphasis on political dialogue between the political elites, the enhancement of the institutional capacities and embeddedness of rule of law is something that Western Balkans need for economic development and societal progress. The analysis of the current political landscapes in the region, especially in terms of democratic and political legitimacy, still show strong correlation with the notion of strong political parties and government. The notion of governance, transparency and inclusiveness is still missing, thus leading to heavy political polarisation and division among party and ethnic lines.

Within in the scenario of non-integration, it is essential to discuss how the society leverage itself in order to ensure political accountability and transparency of political elites. If the society does not exercise the leverage it will atrophy, as shown by several political crisis which emerged in the Western Balkans in the past several years. Unfortunately, we saw the need of European presence to resolve internal political crisis, which demonstrate the capacity of political elites to provide solutions and move the society forwards. Within this week political context, the resolution of internal crisis must encompasses a sound regional politics – or the ability not to be afraid to identify the pending issues and discuss them openly. As seen by the Macedonian case the crisis present a new opportunity for the country.

Despite the strong presence of the European Union in mitigating the resolution to the crisis, still it was the society (students, activists, civil society organisations) that enabled for a stabilisation of the country. Macedonia in a relative short period was successful in its internal  rehabilitation and was able to take serious steps forwards. The crisis can prepare the country to face its reality and prepare it for a run on a long term basis. If the region offers authentic domestic answer to the emerging crisis and if the EU offers consistency in its messages to the elites and the public, there is possibility for turning points.  So summarise, EU membership is an instrument for reforming democratic and rule of law area. However, her own experience shows that if some reforms are settled towards by the request of the European Union, without any ownership of the society, of the political class of the political elite, they never happened.

Although the pace of their EU accession efforts differs, Western Balkans countries demonstrate surprising similarities in many fields, starting from the judiciary and public administration, through the media sector, to the overall state of art in the field of rule of law. This suggests that the EU’s leverage in pushing painful reforms does not depend much on the stage reached in the overall bid of joining the EU. Rather, the future success of the required rule of law reforms depends on several complex long-term processes, which involve the priorities of delineating ruling parties from the state apparatus, creating a more favourable environment for independent media and CSOs, and ensuring the pro-activeness and independence of key institutions in an anti-corruption chain, especially of police, prosecutors and judges.

Soft preventive mechanisms, however, which so far have largely been underestimated, need to be reaffirmed in the region as well. The monitoring of political development in key areas in the region clearly demonstrated the unsustainability of the region’s non-integration to the European Union. Countries are still facing deep divides among political and party lines, and rule of law remains far from being embedded. The sustainability and development of Western Balkans depends on reform ownership and strong monitoring mechanisms by the civil society. 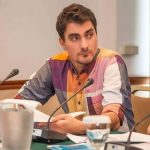 Co-founder and Programme Coordinator for Democracy and Rule of Law of the European Policy Institute (EPI) from Skopje.